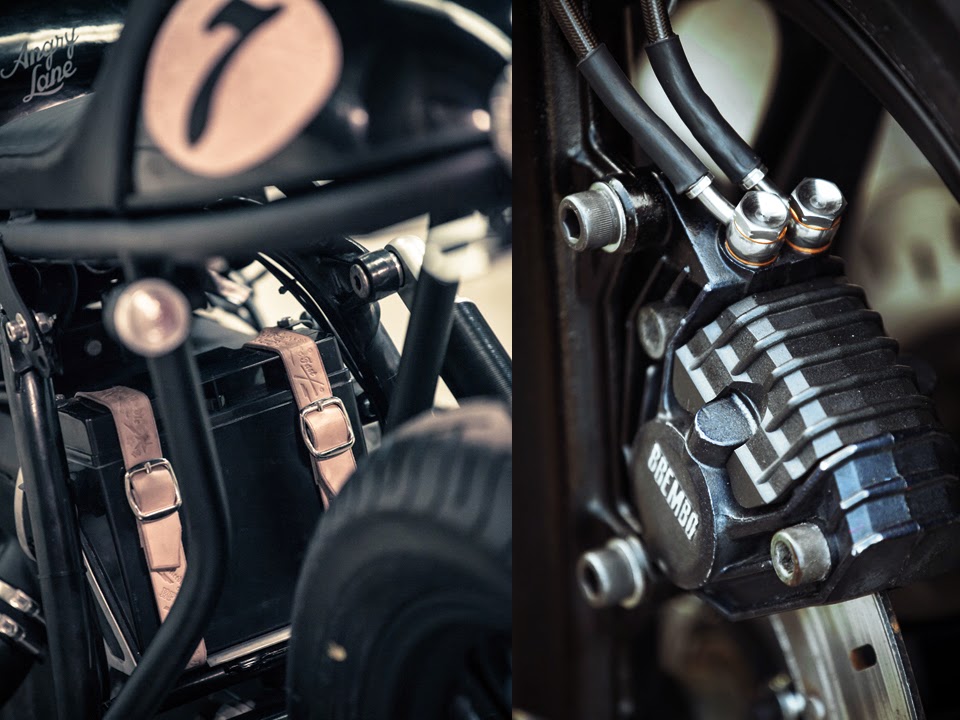 “We are first and foremost designers, we don’t consider ourselves as ‘builders’ or mechanics. We customize and have enough contacts with skilled professionals to make special parts or source what we cannot procure here. Hong Kong is really small and really urban, roads are narrow, traffic is dense and our customer base consists of busy people who want to enjoy their bike around the city, so our primary focus is more on aesthetics than on horsepower. We were very excited to upgrade it from a bulky outdated motorcycle to a more modern café, mixing old and new custom parts.” 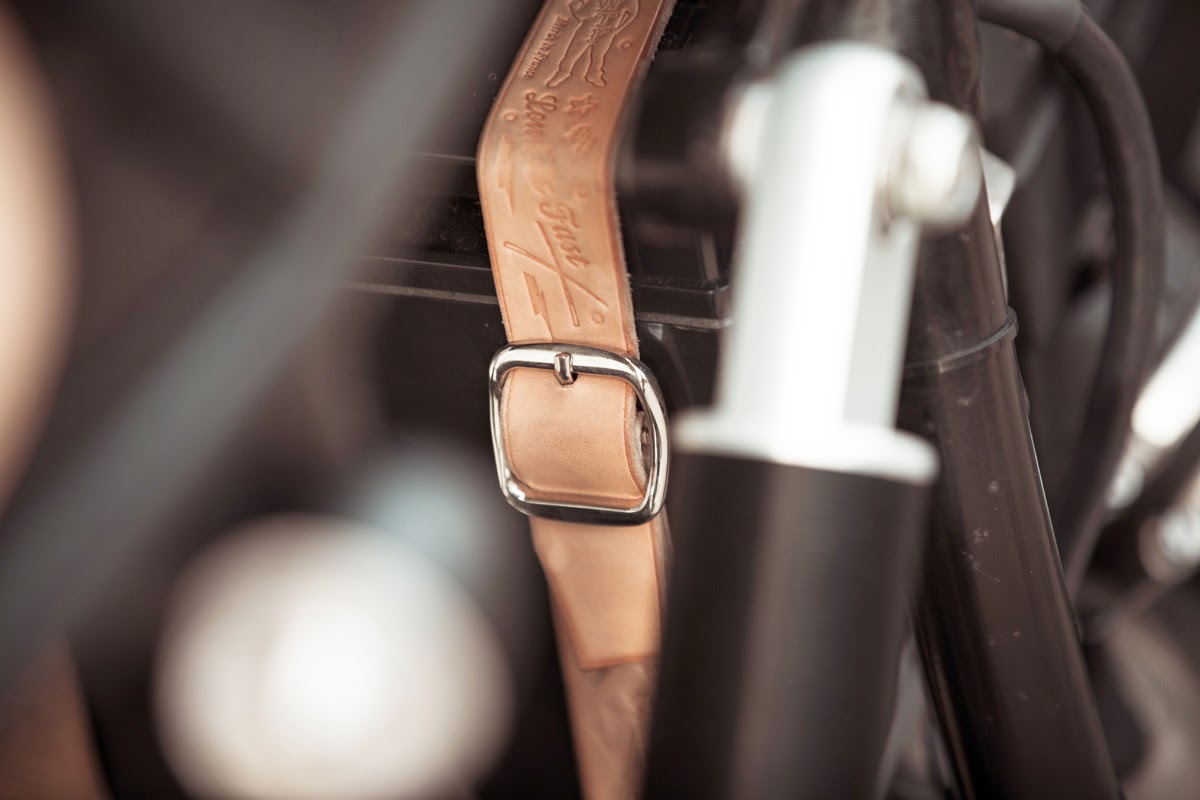 The build began with the removal of all the unwanted factory plastics. Then the engine was treated to a thorough service and the bikes original carbs, forks and brakes were all rebuilt to return them to original running condition. To add a touch of retro BMW styling early style rocker covers were added and cases were given a good scrub. The frame was next with the focus of the work aimed at keeping the rear end as clean and clutter free as possible. A custom subframe was made to order by UK based Cafe Racer specialists Von Zeti and a new, performance monoshock from Wilbers was installed. 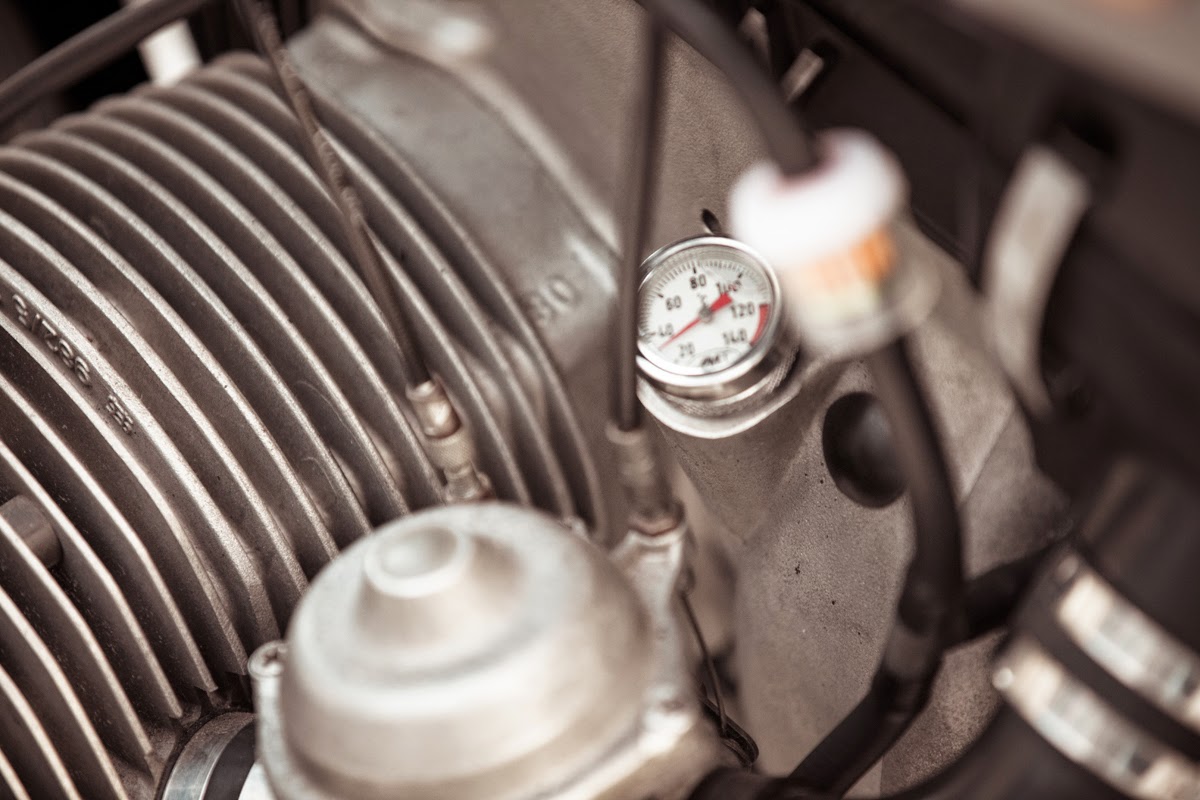 Tarozzi clip-on bars with the original switch blocks and Renthal grips have been mounted to the forks and an Acewell tahco/speedo given pride of place on the top clamp. A Yamaha SR headlight lights up the way and features a custom mounted ignition key in the top to keep front as free from clutter as possible. After removing the center stand the brother also modified the exhaust pipes before wrapping them in graphite heat wrap and adding Megaton mufflers for a louder and deeper exhaust note. 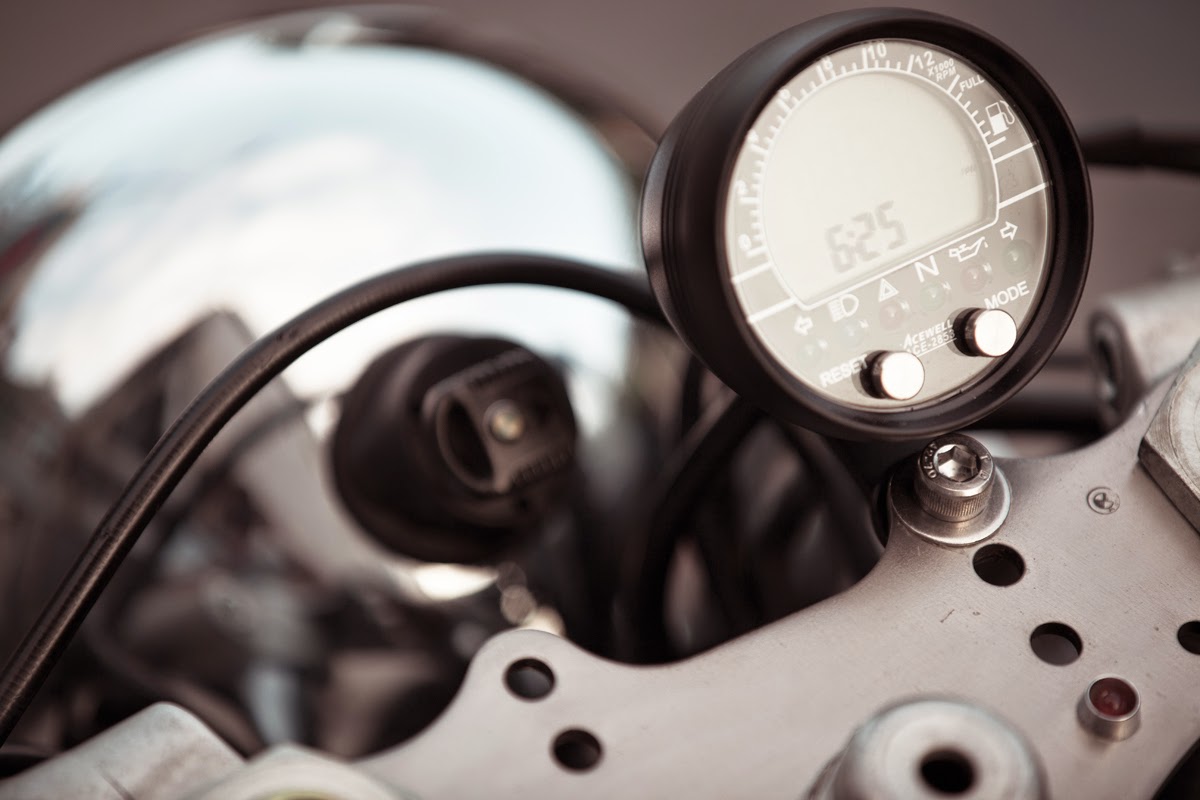 “Having custom paintwork here in Hong Kong is quite an issue as there aren’t any highly professional painters.The climate on the island and the saline air makes it very difficult to get good results without specially designed booths. So we choose instead to remove the paint back to bare metal on the sides of the tank and just clear coat them. The rims were shot with matt black and the rest was dressed in our custom leather work.” 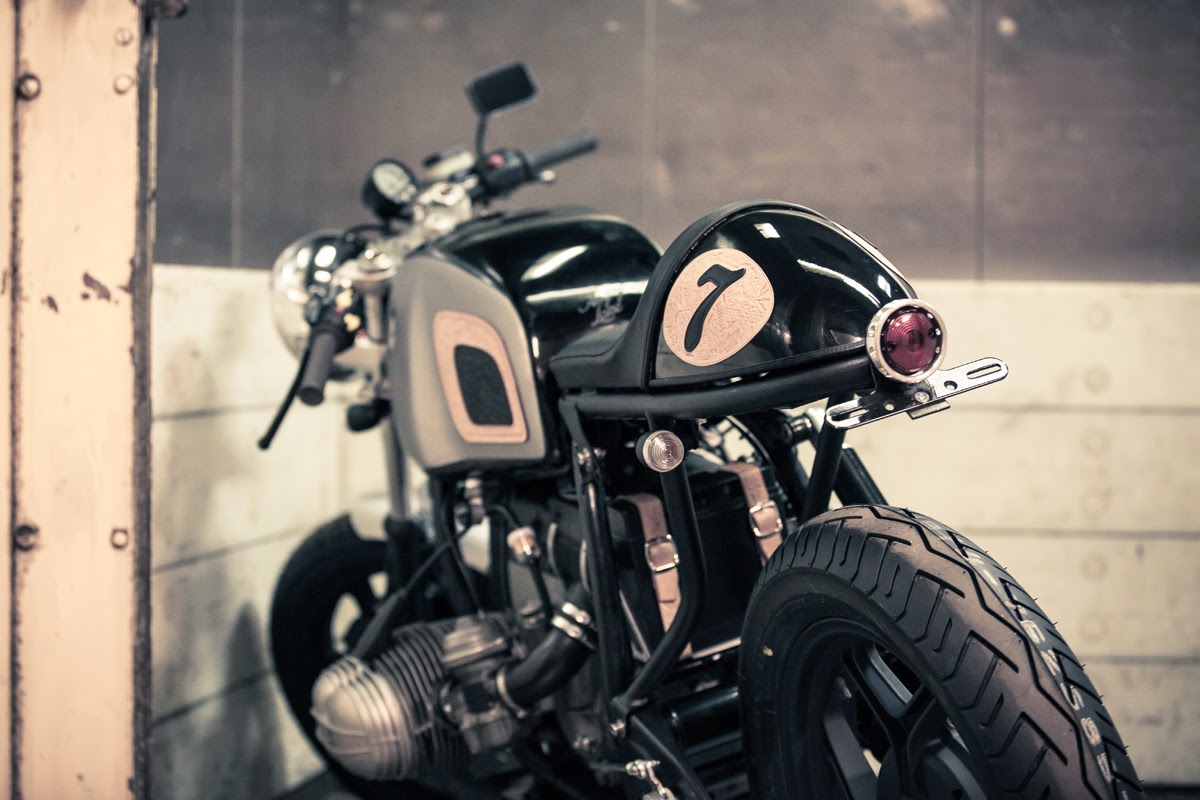 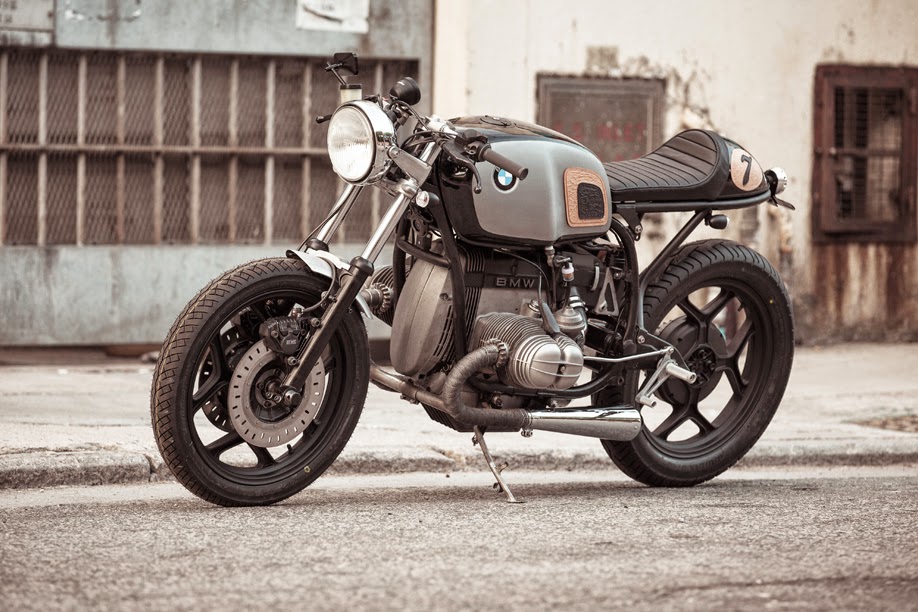