Building one-off projects for individual customers has its benefits, but it isn’t the most reliable income model for a custom builder. Those who are established enough to have a queue of customers waiting at their door are the lucky ones, but for others, it can be a struggle to maintain a consistent income stream. Germany’s Diamond Atelier workshop has found a way around the issue and it involves building what they call ‘series bikes’. The idea is to come up with a great design that can be reproduced at an affordable price for both them and the customer. The latest addition to their series range is this, the Mark II Evo, and it’s a very well executed BMW R100R cafe racer. 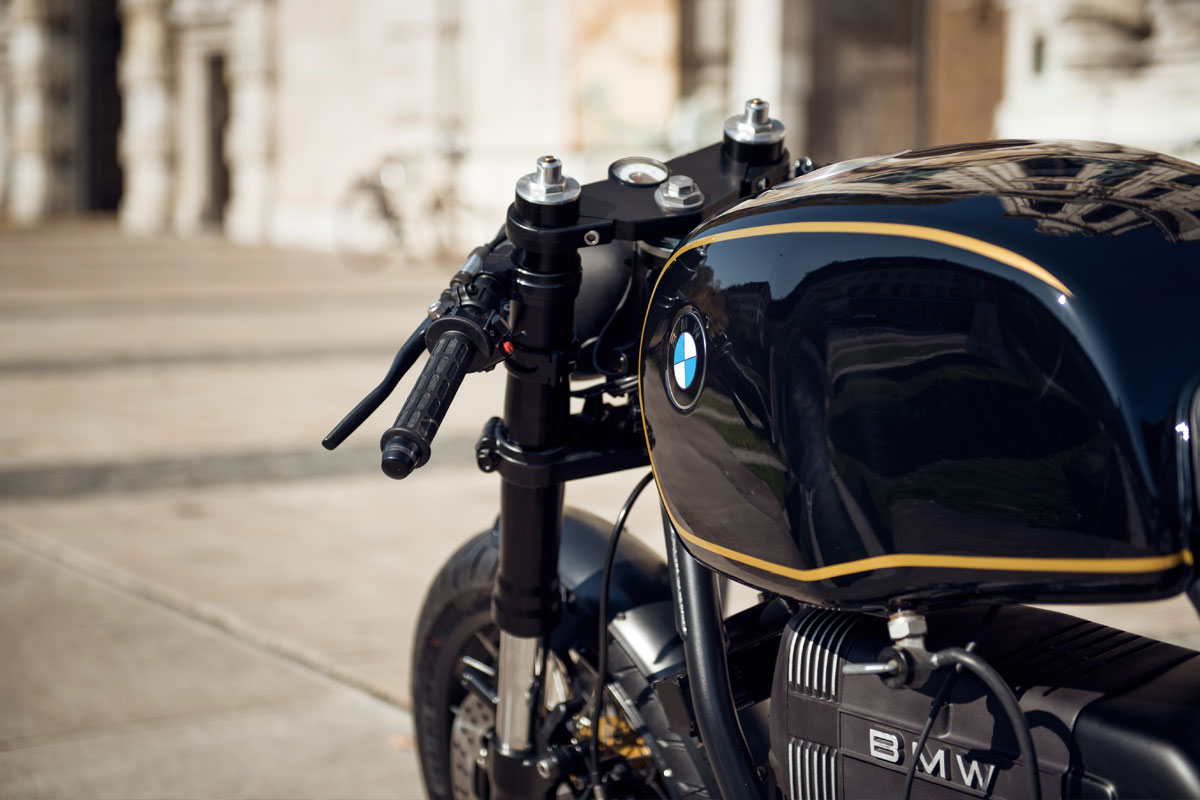 “Since the beginning of The Mark II Series we’ve been constantly developing, refining and collecting new ideas on how we can improve the bike even further,” says Tom Konecny of Diamond Atelier. This strive for perfection is what lead to the second incarnation of their Mark II series and it began with the choice of a new donor.

During the first run of the Mark II, the DA team opted to use the BMW R80RT as their platform. While it wasn’t a bad choice, their ongoing research revealed that the R100R offered some appealing improvements. The most notable difference was in the R100R’s suspension and shaft drive technology. The R100R featured a paralever suspension configuration as opposed to the R80RT’s monolever. This difference meant a more capable rear end that was less affected by the torque of the shaft drive. With their new donor selected they began work on optimising the engines power output. 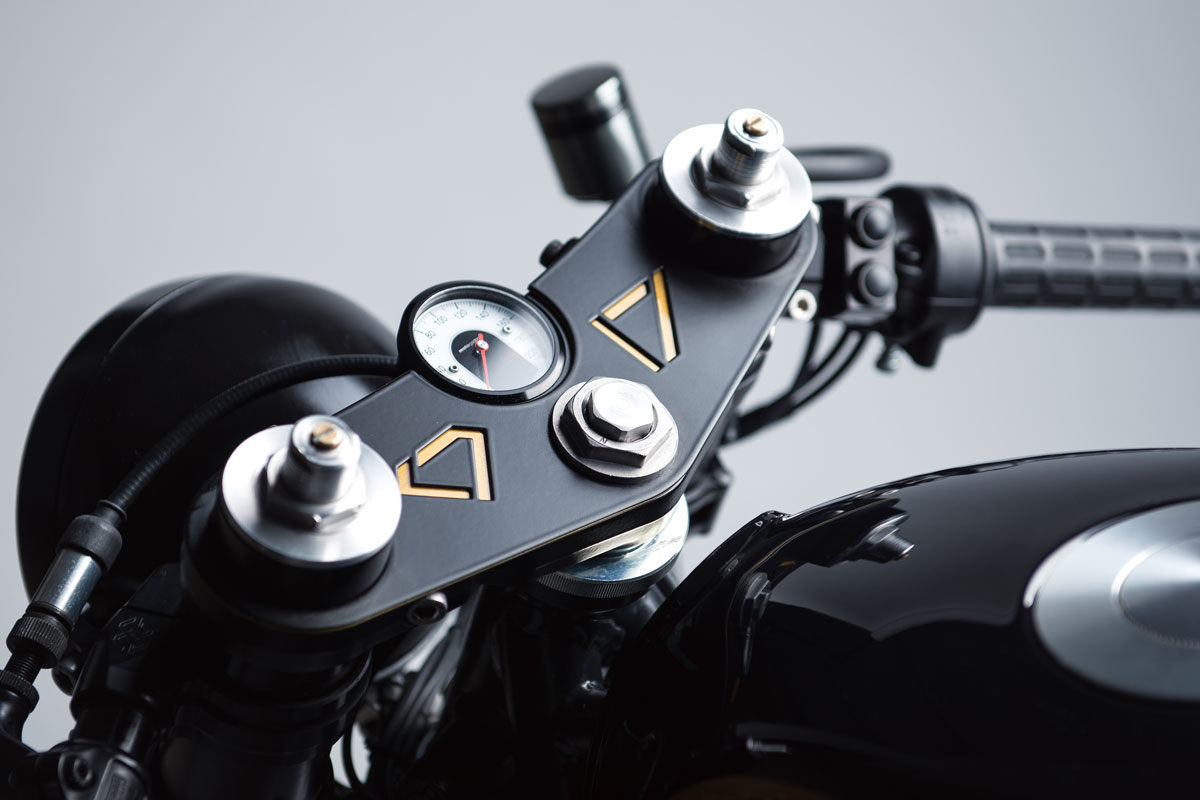 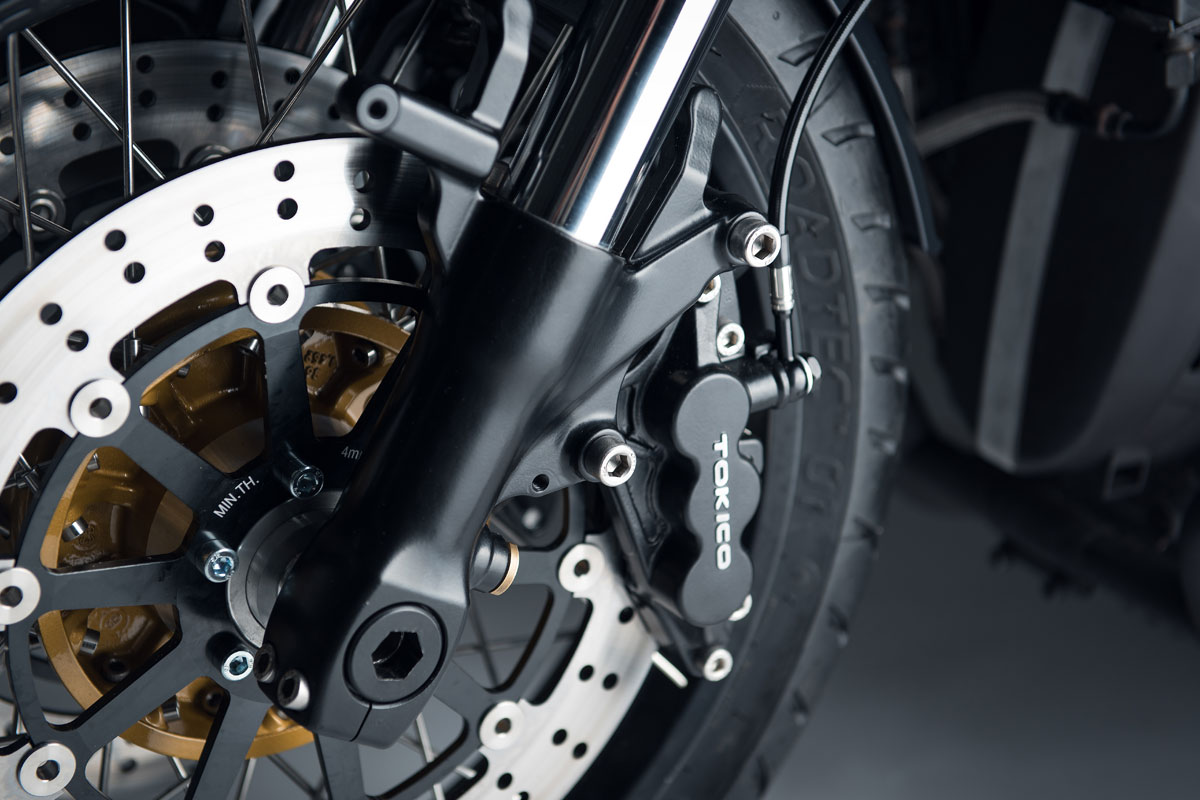 The engine in each Mark II Evo receives an increase in capacity from 980 to 1000cc. Each will also be meticulously rebuilt and tuned to guarantee reliable performance. An additional oil cooler keeps temperatures within safe limits and the carbs are re-jetted to suit a custom-made Spark exhaust and pod filters. Reliability wasn’t the only goal though. The Mark II Evo boxer twin is now good for a respectable 70bhp. 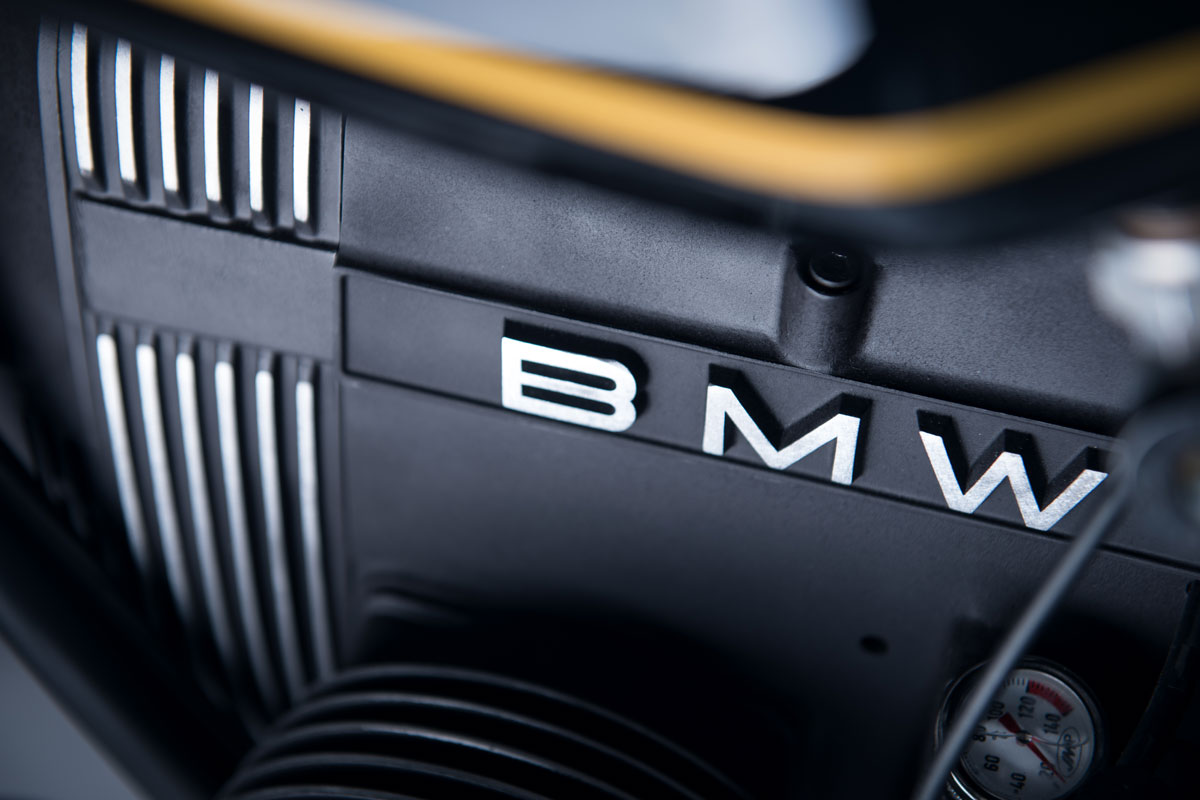 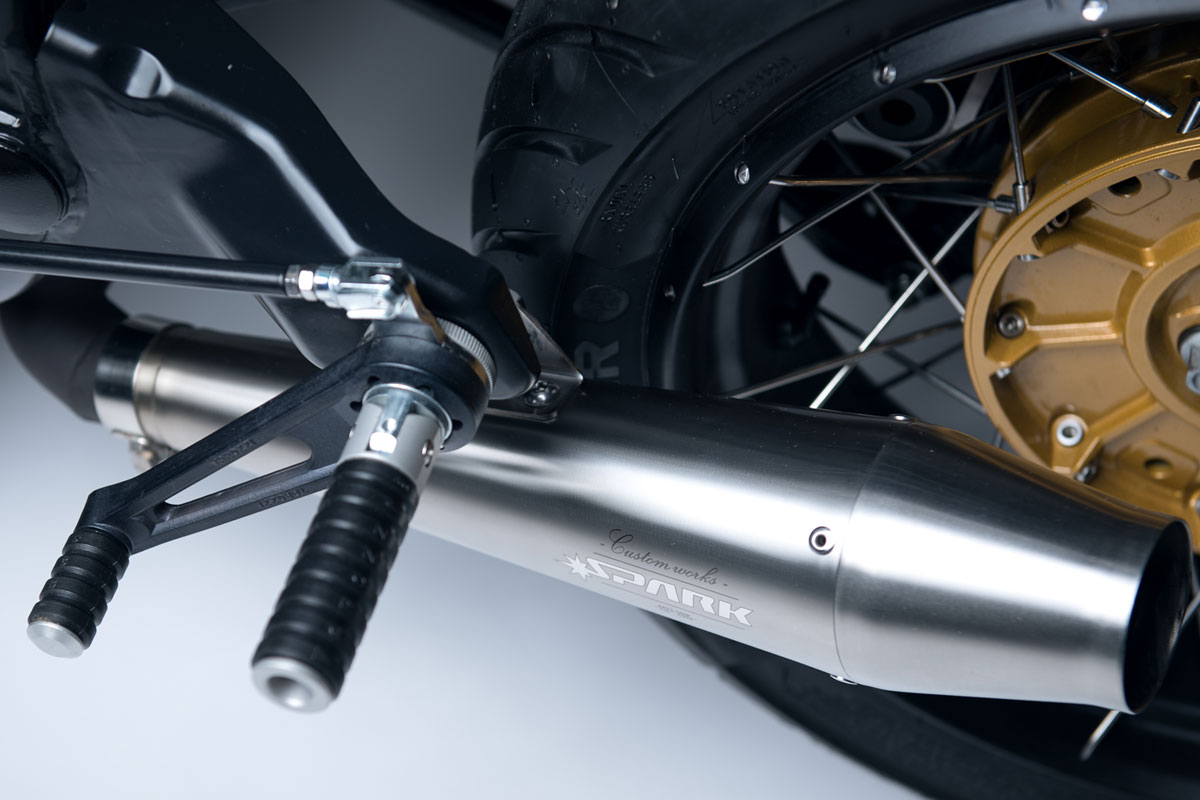 Performance improvements weren’t limited to the airhead motor during the development of the new series. Building an R100R cafe racer meant all aspects of performance had to be considered. So Diamond Atelier have put together several different suspension packages for customers to choose from. These include the fitment of an upside-down front end and installation of a modern monoshock at the rear. If you place the Mark II and Mark II Evo side by side the aesthetic commonalities are obvious. Due to the success of the first design, it made sense to repurpose the design, but there are still a few improvements to be found. The new subframe has a reinforced design that they’ve somehow still managed to hide within the tail. During the ordering process customers also get the option of two fuel tanks designs. The standard Diamond Atelier tank as seen on the original MK II or a /7 design based on their DA#1 BMW R80. The rear wheel is also unique to this version. In fact, its a wheel you’re unlikely to see on any other BMW. This is because the crossed spoked wheel is based on a limited prototype design direct from BMW Motorrad. 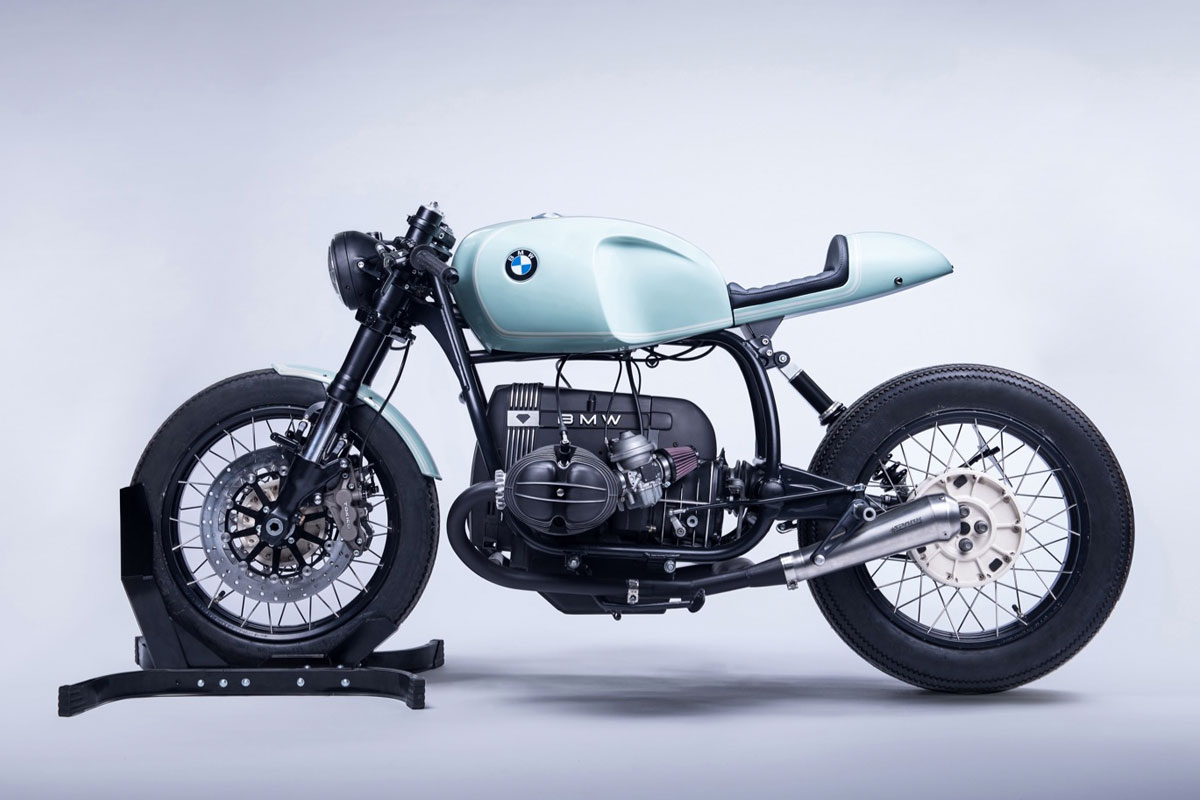 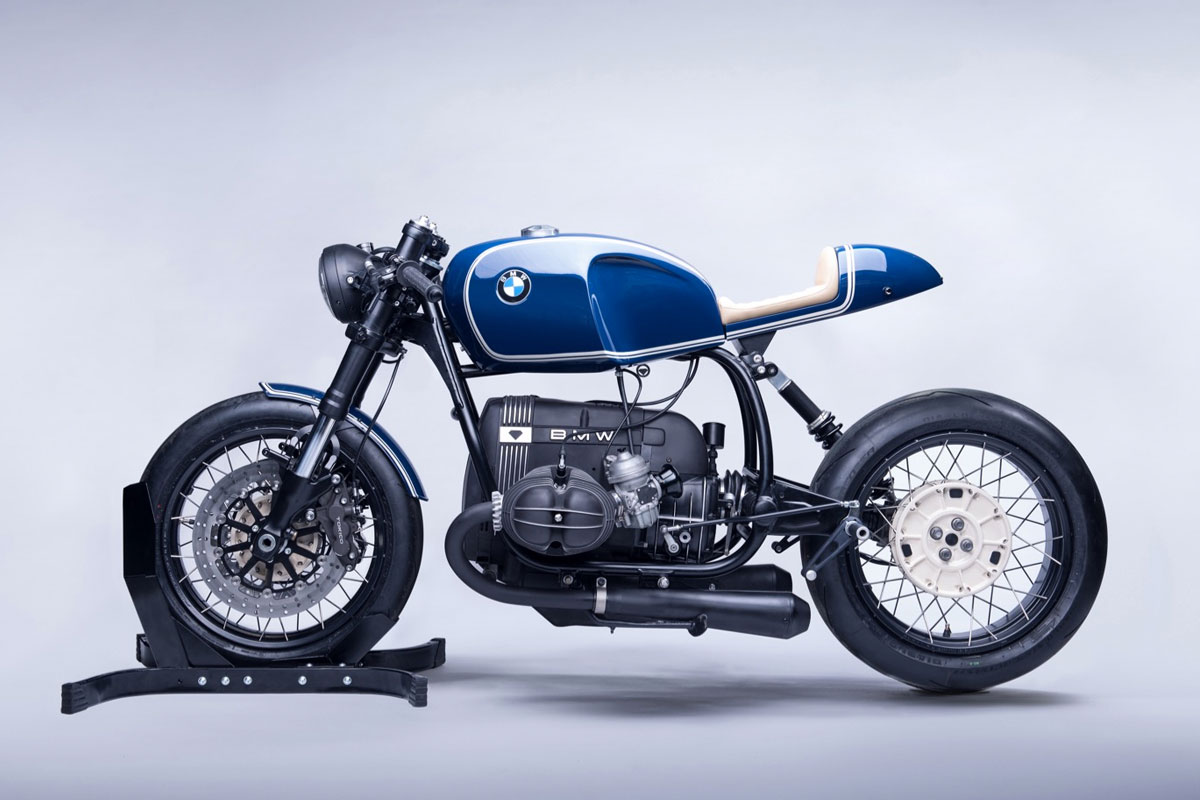 Diamond Atelier has also incorporated plenty of modern tech upgrades into this R100R cafe racer. Almost all of the bikes electrics hail from the Motogadget catalogue. The list includes a keyless ignition, Bluetooth enabled M-unit blue, bar end indicators and speedometer to name a few.

One of the most appealing aspects of the Mark II Evo, however, is that the customisation options go well beyond a choice of colour. Along with the things I’ve already mentioned customers can also choose from different exhausts, speedometers, lighting, leather accents, tyres and much more. The result is a ride that is as uniquely distinct as the workshop that built it.