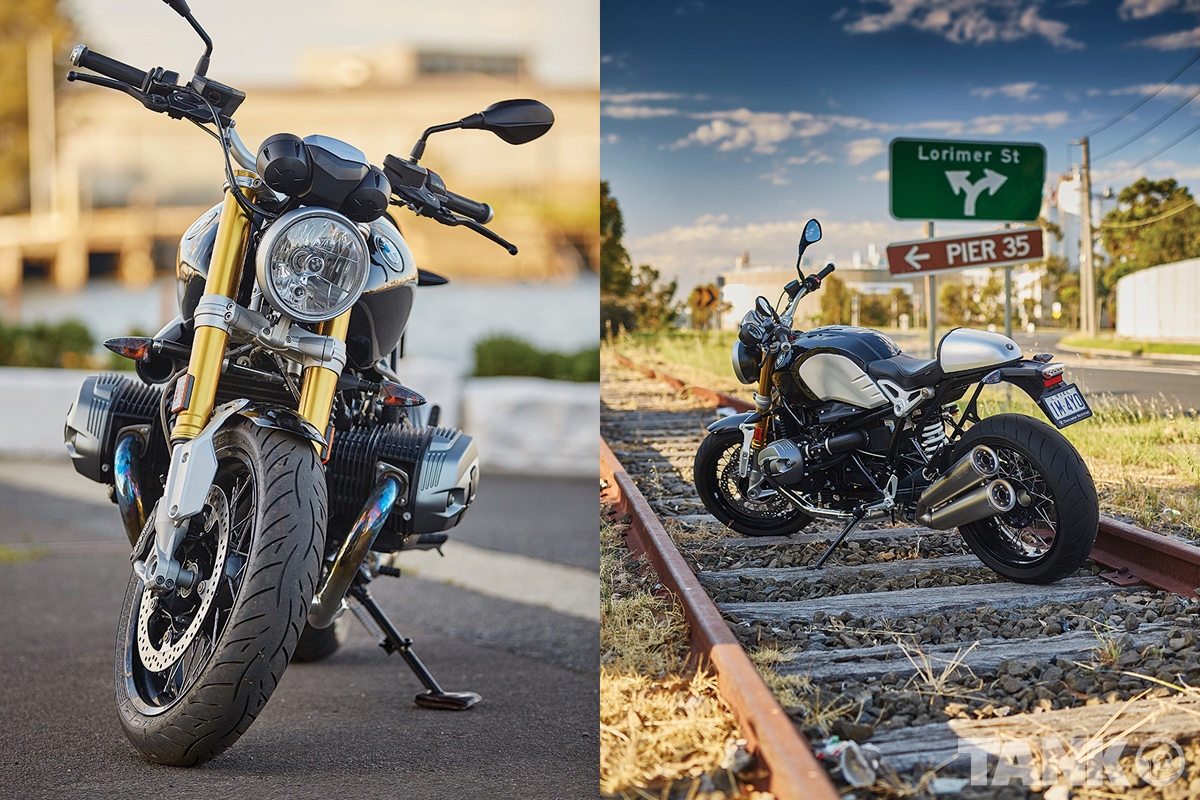 Out of all the bike reviews I’ve done, handing the keys back for the BMW R Nine T has been the hardest so far.

As a daily rider, the R Nine T is comfortable, fuel efficient and fun. I had a blast heading to work in the morning and took the long way home each night just to get a bit more time in the saddle. In traffic, it’s nimble and sits you at the perfect height for surveying the traffic around you. The seating position is comfortable and the boxer’s low center of gravity provides great balance at slow speeds. Best of all, despite those horizontally positioned cylinders looking extra wide, they won’t hinder your lane splitting habits. 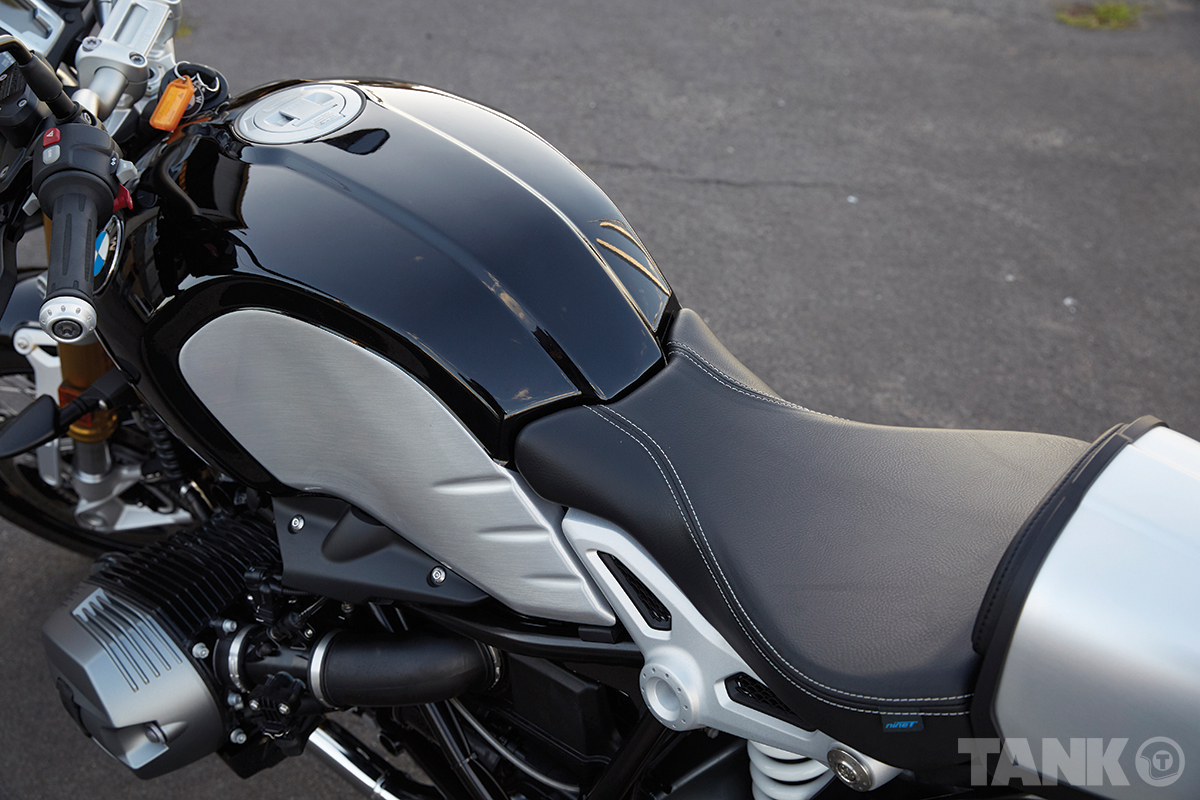 When the weekend arrives and a chance to escape the city comes along the R Nine T becomes a different kind of ride altogether. When my opportunity came to stretch the bikes legs I headed north of Melbourne to weave my way through the hills about an hour and a half out of town. On the freeway, the bike purred along in sixth gear effortlessly and at around 100kmh the engine note was so pleasing I actually thought this is one factory exhaust I wouldn’t bother changing (that’s a first!). Once I was out in the hills that low centre of gravity continued to please as I rolled on the throttle through the twistys and I caught myself smiling more than once as I had some fun with the bikes 1,170cc, air-cooled, 110bhp boxer engine. 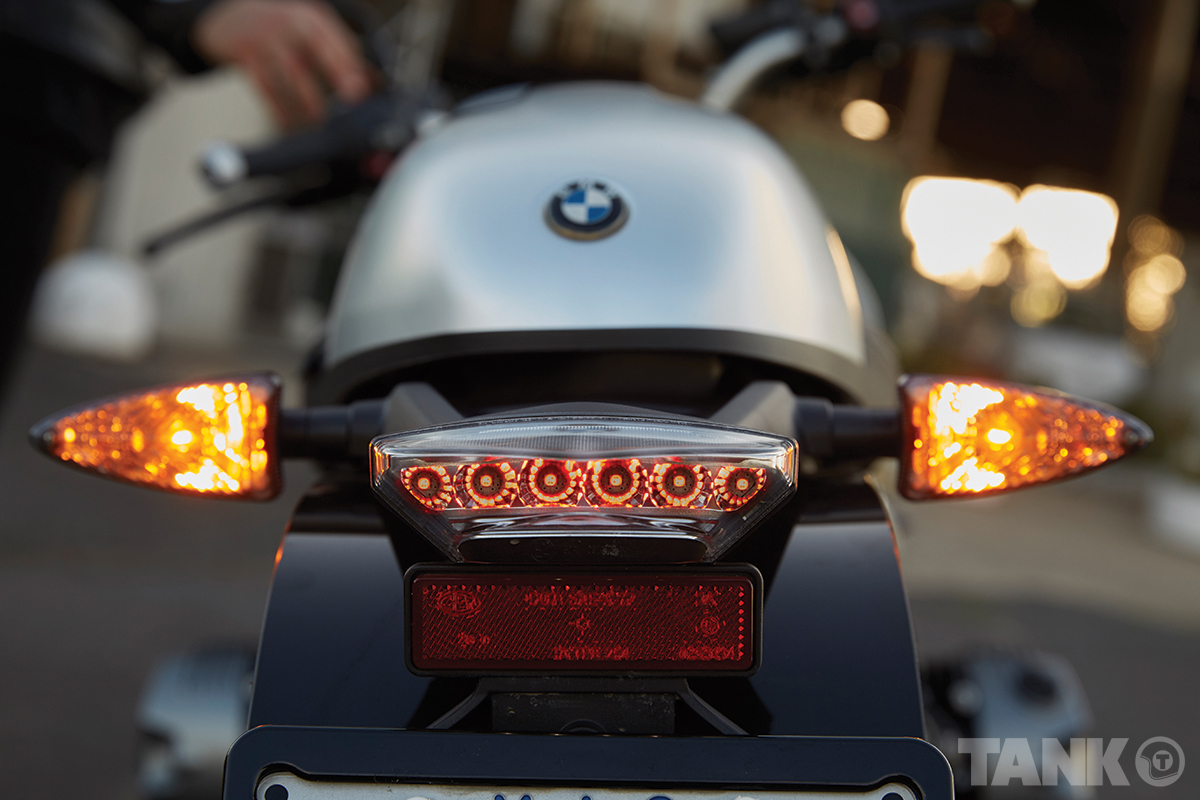 I’d heard a lot about the BMW R Nine T leading up to its Australian release. I’d seen the video with BMW Motorrad designer Ola Stenegard and Roland Sands unveiling the bike to the Urban Motor, Blitz and El Solitario crew in Spain (see below). I knew it was aimed at an audience similar to myself who had a passion for customising their bikes, but I didn’t know much about the design development of the bike. Basically, it turns out the bike is a ‘parts bin special’. That doesn’t mean they’ve used all the spare bits lying around the BMW factory in Germany to piece together a bike; it’s actually quite the opposite. To create the R Nine T BMW has taken some of the finest components developed over the past 90 years of BMW Motorrad existence. The list includes those sexy gold forks from the sports bred S1000RR, an ABS system they’ve been improving upon since 1988, a cast aluminum, paralever, single-sided swingarm from the R1200R, the final drive system from the “extreme tourer” R1200GS and their R series, water-cooledBrembo brakes.  Add to that the 110bhp boxer engine and you’ve got yourself one hell of a performer.
Then comes the R Nine T’s visual design. “Pure” is the BMW marketing departments keyword when describing all aspects of the R Nine T, but I think “simple” sums it up nicely. There’s no clutter, no unnecessary plastic, and no excessive branding. While I wouldn’t describe the R Nine T as a retro classic I think perhaps “neo-retro” sums it’s appearance up nicely. It’s definitely styled in line with classic naked bikes and popular models from BMW’s motorcycling past, but the use of modern finishes, components, and forms give it a contemporary appearance. Then subtle touches like the contrasting stitching on the seat, the brushed alloy bodywork, and the classic gloss black paint give it the refined finish you’d expect with a BMW. Best of all what they’ve done with the design is give you the perfect starting point for customisation, and they’ve made the task of doing so very easy for you. 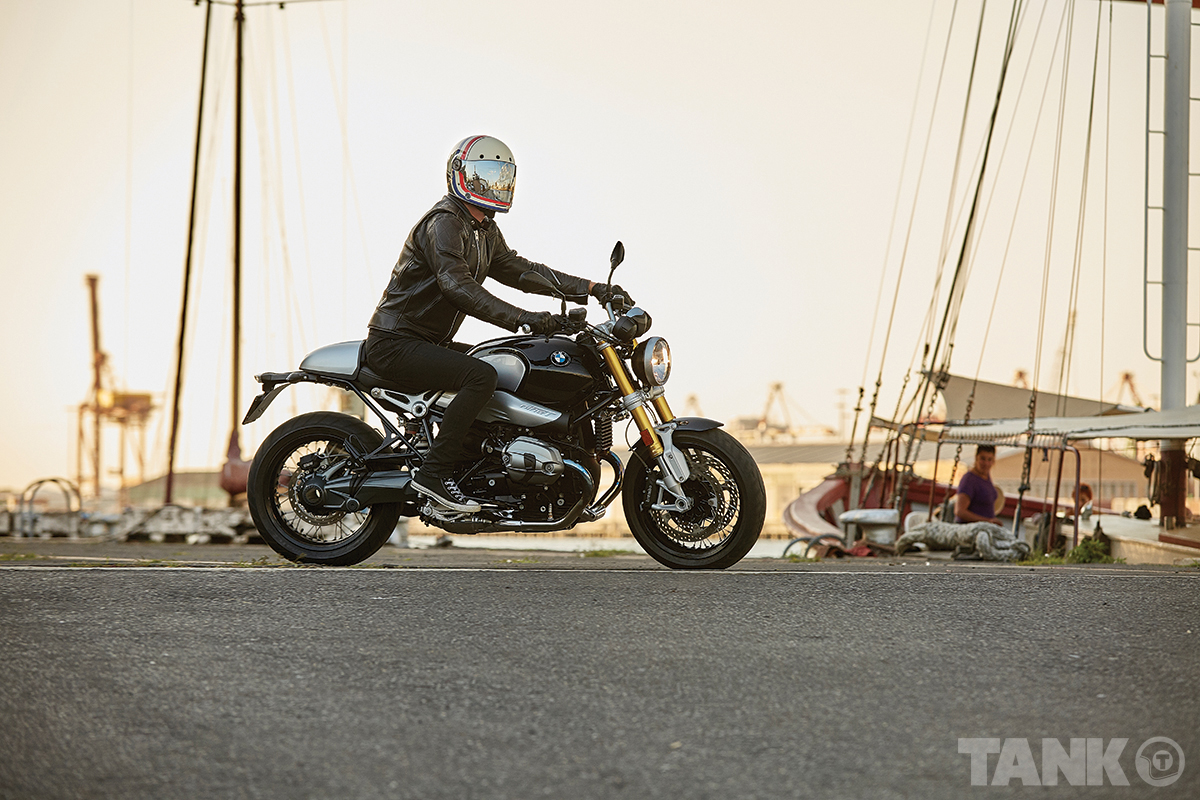 The primary custom modification they invite you to do with your R Nine T involves the simple task of removing a few bolts. This will allow you to take off sections of the rear end to fit new parts from the R Nine T custom catalogue. The bike I was given featured a Café Racer styled rear “hump”. The brushed alloy hump doubles as a storage compartment rather than a cover for a pillion seat like Triumph’s Thruxton, and it won’t hold much more than a pair of gloves. The 2 other seat configurations available are the standard seat, which has plenty of room for a pillion and a bobber style single seat, which eliminates the entire tail section. The pillion pegs and subframe are all removable and a hugger style fender is available as a workaround for street legal requirements. BMW also offers a selection of Akrapovic mufflers, carrier bags, and carbon body panels, but for now, that’s the extent of their custom catalogue. While these are all great looking bolt on options they don’t actually change the overall look of the bike all that much. So with such a limited offering of options what makes this bike so special when it comes to customising? 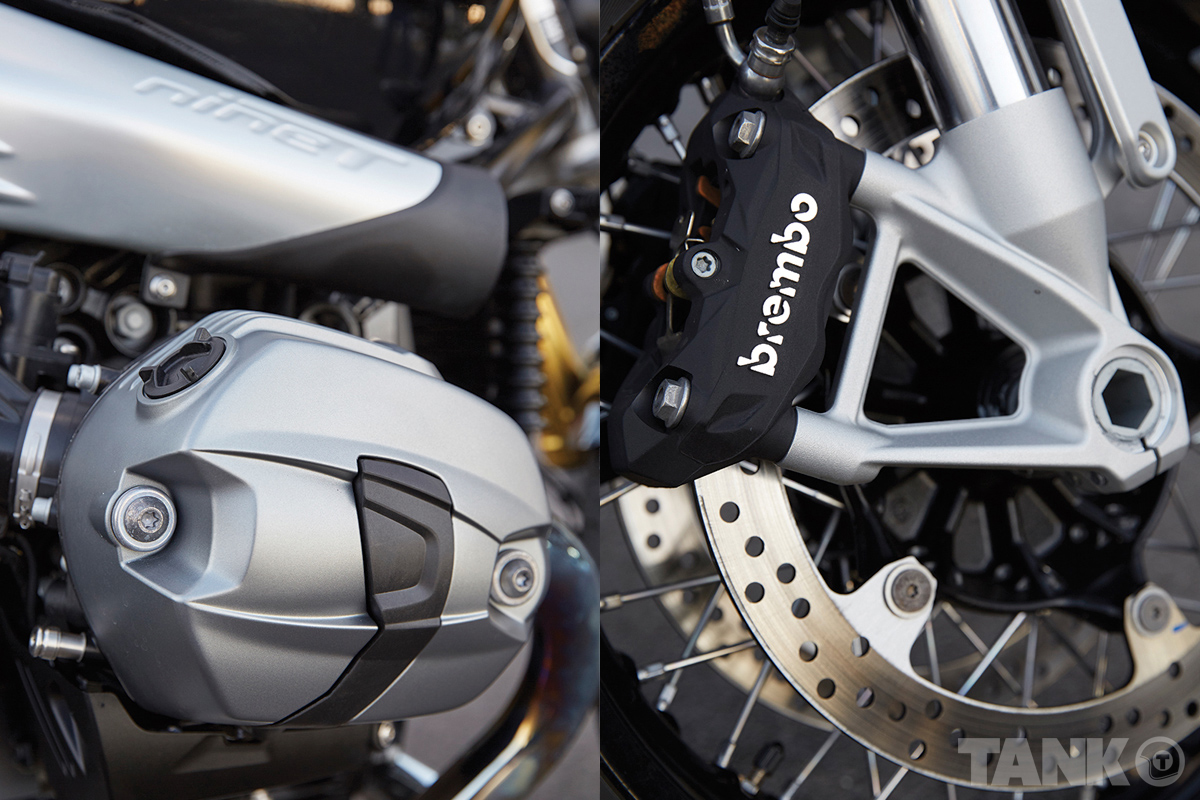 One of the most annoying things with customising modern motorcycles is the limitations imposed by their wiring systems. Complex diagnostic tests and super sensitive circuits that stringently monitor changes in electrical current make it very difficult for the budding home builder to make changes without risking the bike throwing up an error and not working at all. Thankfully BMW has recognised this issue and found the perfect workaround. In what I can only describe as a stroke of genius the BMW designers set up the R Nine T in such a way that allows you to pretty much unplug all of the electronic accessories on the bike and it’ll continue to start and run just fine. While riding around without lights obviously isn’t a great idea, the fact that you have the option to swap out the stock headlight for an old school Bates unit or replace the factory indicators with a set of low profile Rizoma bar end blinkers is a great thing.

Like Yamaha with their Yardbuilt series, BMW had the clever idea of approaching renowned custom builders and letting them cut loose on the R Nine T. This has resulted in some incredible results from the likes of Cherry’s Company in Japan, Urban Motor in Germany, El Solitario in Spain and Deus Ex Machina here in Australia even have one in the works. What’s really great about this is the fact that many of these invited builders are now looking at producing “bolt-on for the R Nine T meaning that soon your basic customisation options could become much greater. 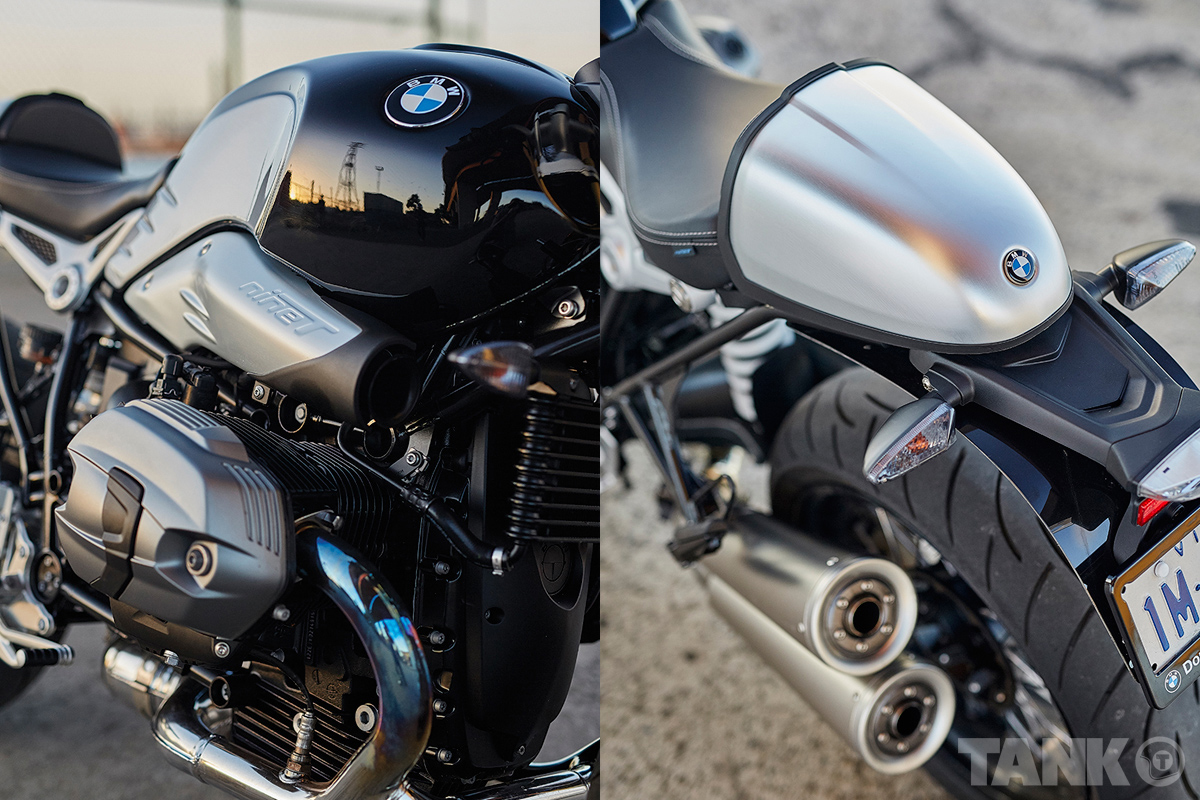 At around $22,000AUD the R Nine T isn’t the cheapest bike in the “modern classic” category. So what does that chunk of cash get you? Well, you don’t get self-canceling indicators, a keyless ignition or an alarm system, but you do get one hell of a well-made motorcycle with the finish and performance you should expect from a motorcycle made by BMW. For $8,000 less you could pick up a Triumph Thruxton or even one of the new Ducati Scramblers, which unfortunately will be a deciding factor with many new bike buyers. However, BMW has some interesting plans for the R nineT in 2016 and we may see a more affordable version on showroom floors soon. Food for thought if you’re thinking of buying yourself a new bike next year. 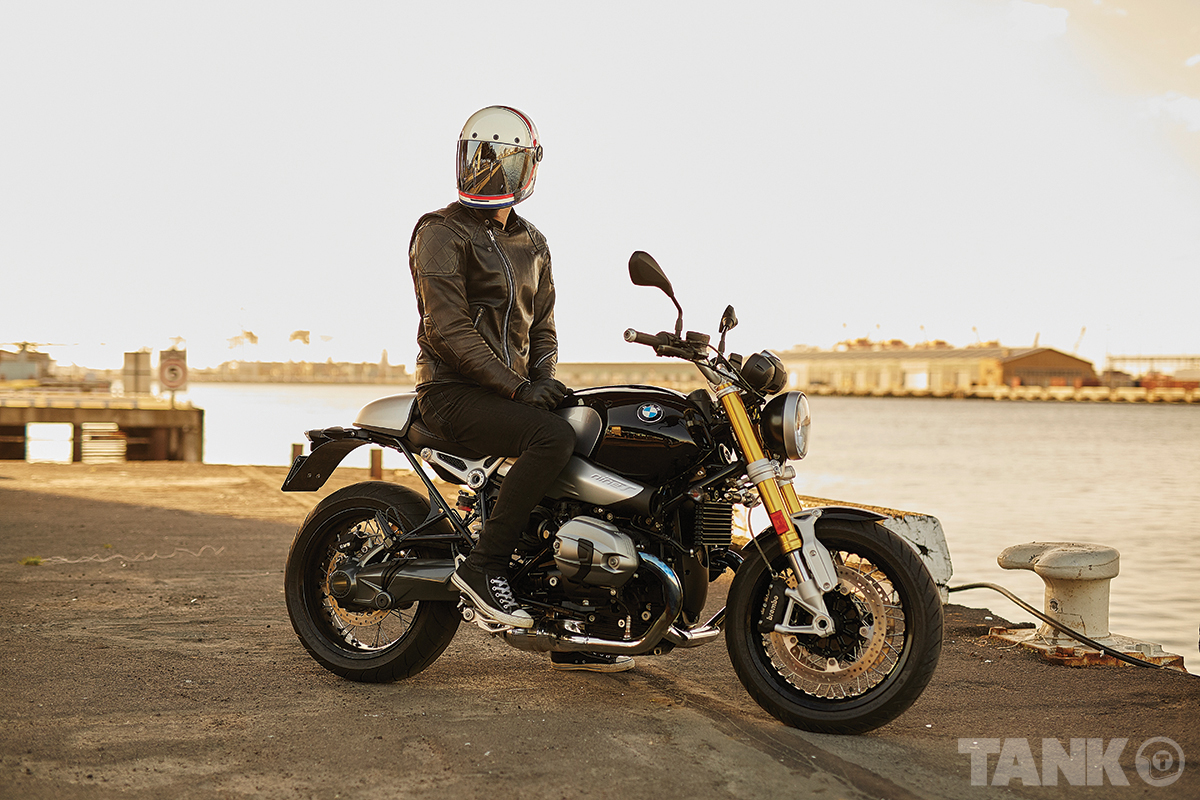 New <a href=”https://www.returnofthecaferacers.com/category/ride-review/”>motorcycle ride reviews</a> have become a regular feature of <a href=”http://www.tankmoto.com/” target=”_blank” rel=”noopener”>Tank Moto Magazine</a> and with each new issue comes an opportunity for me (the editor) to test out a brand new bike. The bikes I review are all of the “ready to customize” type which to date has included the likes of Harley’s 72 Sportster, Ducati’s Scrambler, Triumph’s Thruxton and of course the <a href=”https://www.returnofthecaferacers.com/category/bmw-motorcycles-cafe-racer/”>BMW</a> R nineT. I’m no motorcycle tech whiz or ex-racing legend so my reviews tend to focus on features, aesthetics and their tolerance to customization. Since many of these bikes will appeal to you, readers of Return of the Cafe Racers, we’ve decided to republish them here for you to enjoy…