I love a good story and when it’s told right it’s worth sharing. Here’s the tale of how Alonze Customs in the UK created this stunning, Ducati 350 cafe racer from scratch… “My name is Jim Alonze and I come from Scarborough, England. I’ve been working for myself for 8 years performing welding repairs and steel wheel banding. I built my first bike in 2013, a 1954 Triumph. Then I built a Honda CB500T that was also featured on this site in 2016. This bike, the ‘Alonze 350 Special’ is my third project and it isn’t your average build. I decided to scratch build the whole thing and I would say 90% of it is handmade.”

“The build kicked off when the original inspiration for the build came up for sale locally. It was close to my home and cheap so I decided to check it out. It was a ’67 Ducati 350 Sebring but it had one major drawback. The original 350 Ducati motor had been removed and in its place was a 350 Triumph unit. This was a cafe racer conversion done in the 70s which was commonly referred to as a Tricati. I’ve no idea why anyone decided it was a good idea to do this because it was bloody awful! I ended up buying the bike anyway knowing I could use the Triumph motor in another project. I would just need to buy the correct 350 bevel to drop into the Ducati chassis. 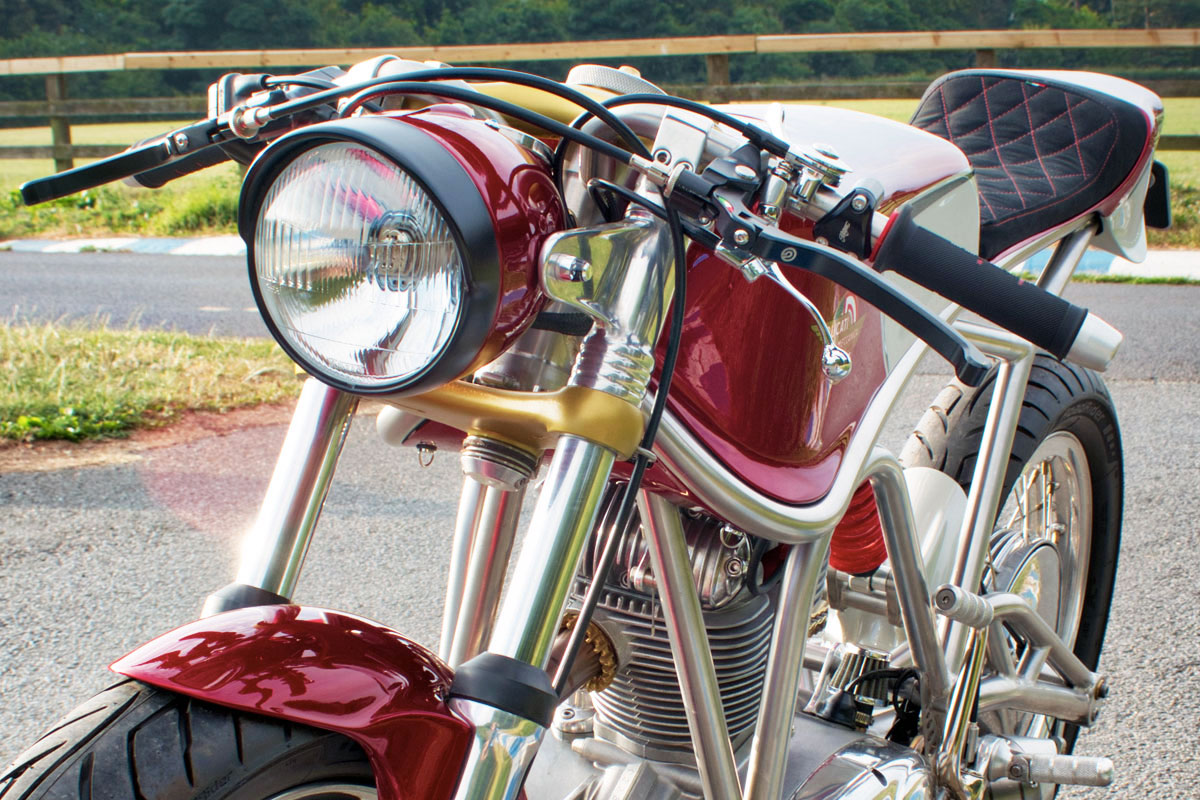 Turns out Ducati 350 bevels are pretty hard to get hold of! It took me a year to find a 67′ narrow case 350, and it was in a bad way. After getting the motor it took me another year of thinking about the build before I got started. After mocking things I decided not to use the frame at all. I simply didn’t like the look of it or how it sat. The motor was so nice to look at it deserved to be framed by something special. So I did a simple outline sketch. I drew the shape of the motor first and then my own frame and bodywork around it. I wanted to create something no one else had, a complete one-off. On New Years Day 2017 I started the build.

I hadn’t done a lot of metal shaping or built an entire frame before so that had me scratching my head a bit. In the end, the bike went together pretty fast though. I had a rolling chassis by the end of January and all the bodywork made by the end of Feb. The frame and swingarm were made from stainless steel because I love the sheen you get off brushed stainless. I measured the geometry from the standard Ducati frame and made mine the same so it would ride the same as the original. The only difference is mine has a slightly higher seat. 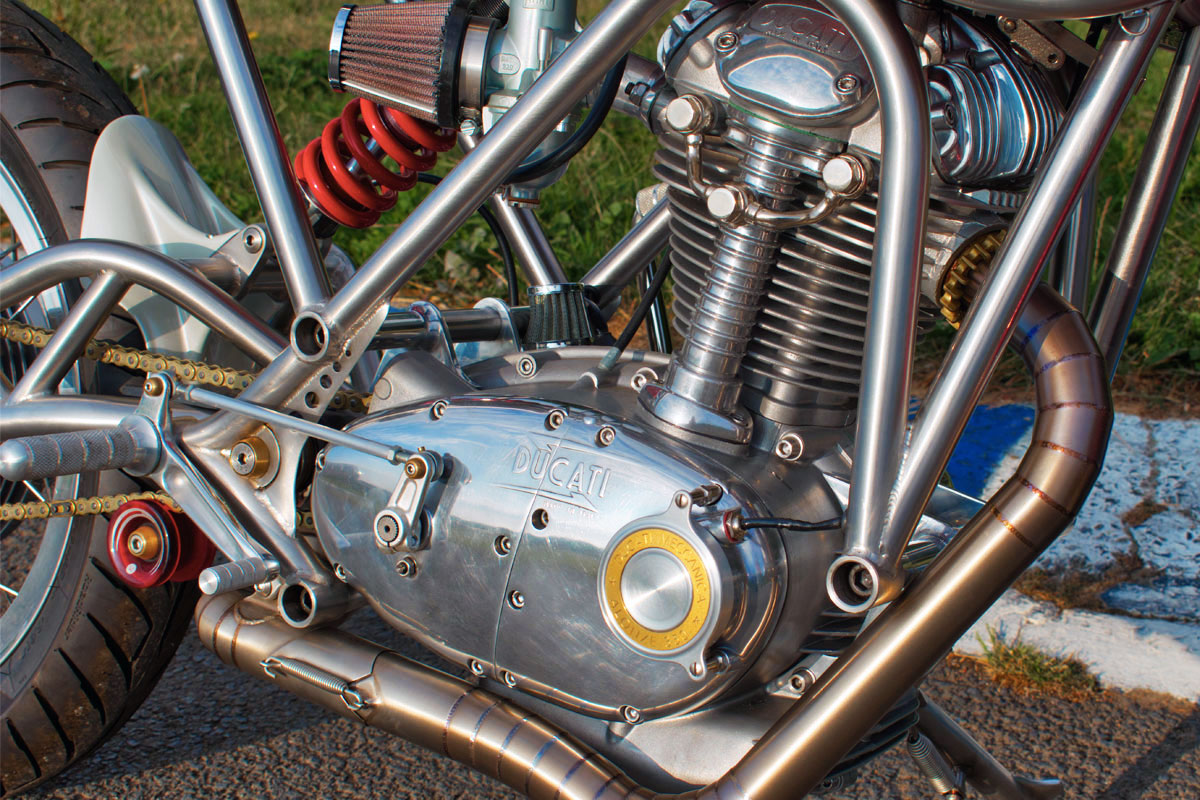 The bodywork is hand formed in aluminium. The tank you see on the bike isn’t actually the tank it’s a cover. There is an alloy fuel tank under there along with most of the bikes electrics. The seat unit is another one off and houses a lightweight lithium-ion battery. The tail light is also made in-house from 15mm thick perspex bent and shaped to fit neatly in the back of the unit.

I wanted to have a go at a bit of casting so I cast the yokes from aluminium. It turned out to be a massive task and I’ll definitely buy a set next time. The headlight brackets are fabricated in aluminium and were made to look similar to the stock Ducati ones. I welded the parts together and dressed them off to make them look like a cast part.

The wheels are from a Moto Guzzi V7 Ambassador. They are 18×3 Borrani’s and because the Guzzi was shaft driven I had to mod the hub to allow me to bolt on a sprocket. The front hub also needed a lot of modifying. I had to notch the brake plates to allow the massive twin leading shoe drum to fit between the fork legs. I also fabricated a vent onto one side which was a bit of a struggle to get it working. The final shark gill type vent kind of happened by accident, but I’m happy it did. The foot controls are all one off too. I cut out and shaped the gear and rear brake levers by hand and made the foot pegs on my lathe. 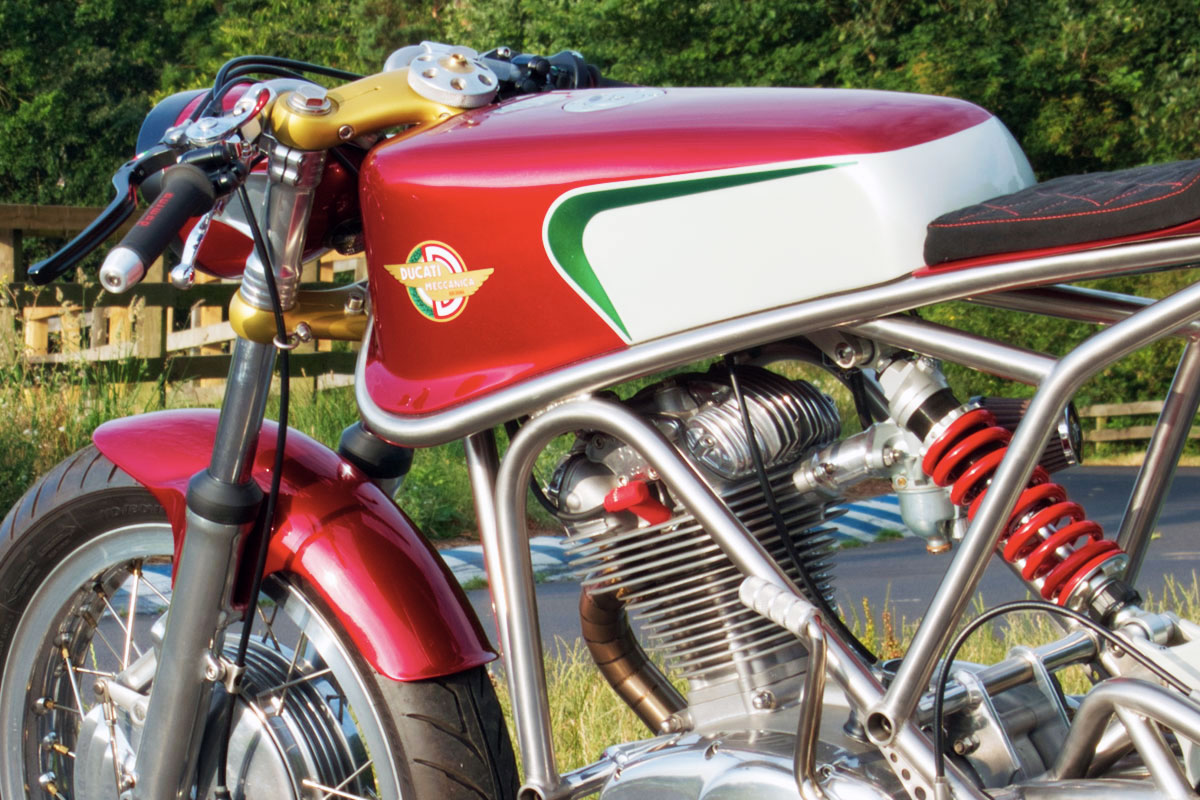 All the electronics are new, I used a self-generating ignition on the bike and it’s running a Moto Gadget V2 that controls everything. I used two Motone three button momentary push button switches on the bars, a Daytona speedo and a Moto Gadget keyless M-lock ignition. As for the engine. It underwent a complete rebuild. I vapour blasted all the cases and polished the side casings and rocker covers too.

The thing I like the most about the bike is that there isn’t another one the same. Anywhere! So far I have only ridden the bike around the block. It sounded mega and felt great. I’m hoping to do more miles soon and give it a good run in and shakedown. I called the bike the ‘Alonze 350 Special’ because that’s my name and it’s a special bike.” 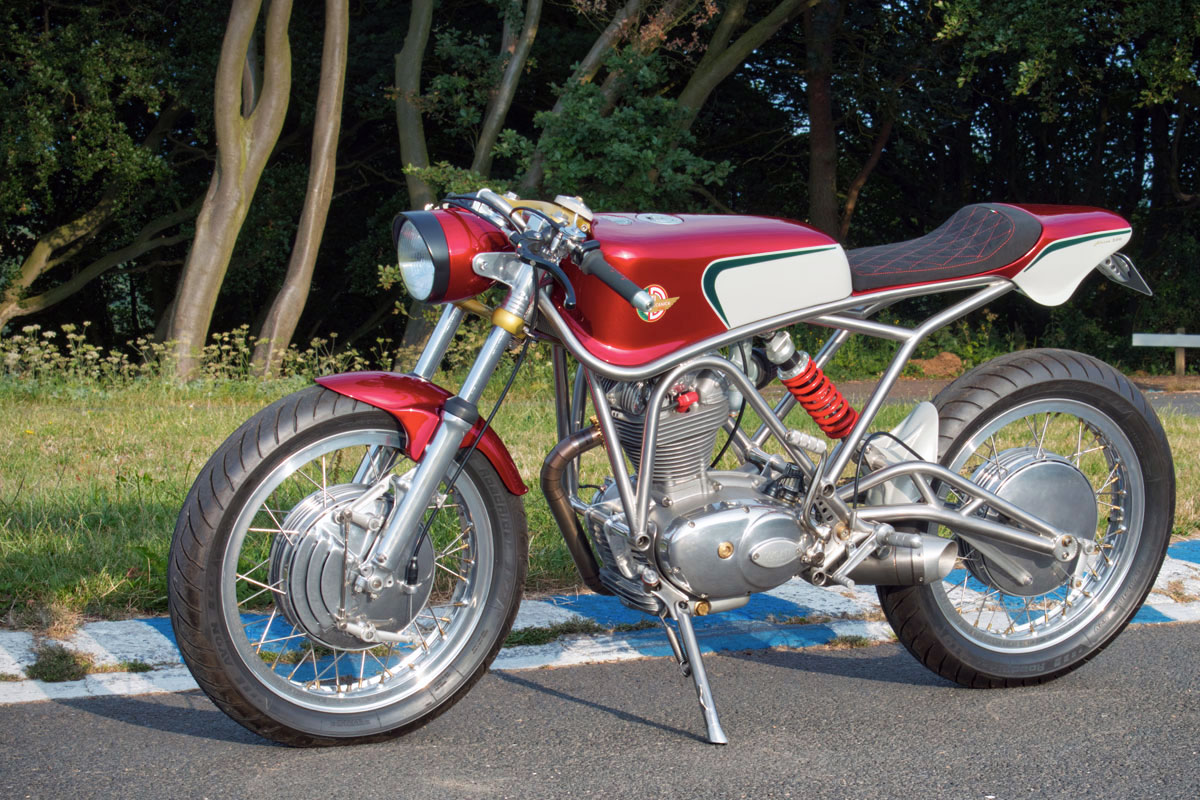