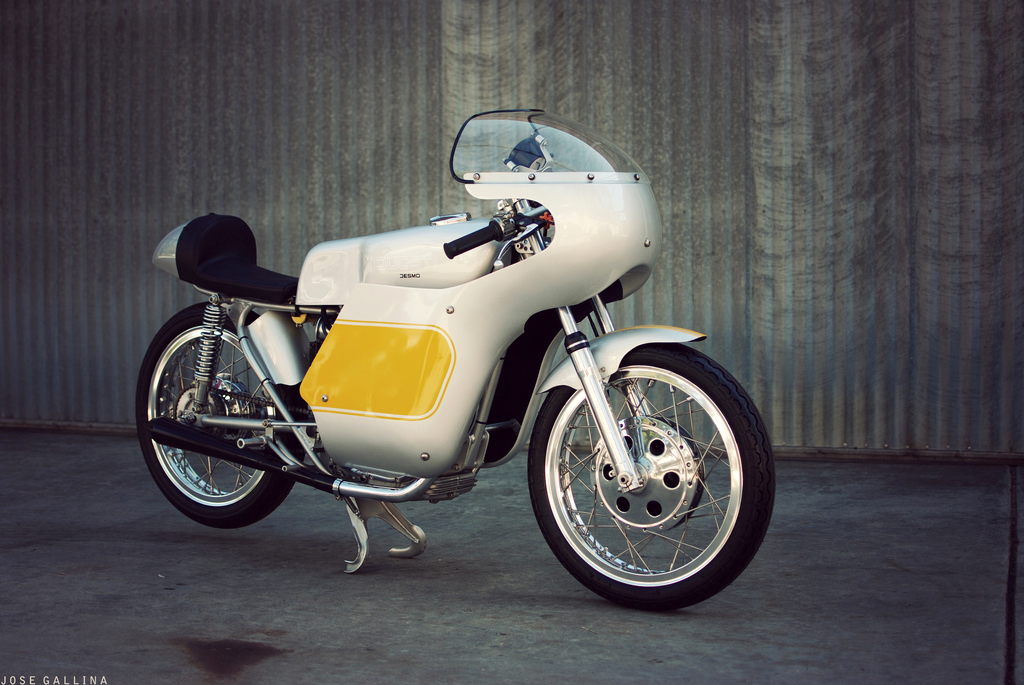 I’m loving this sweet 250cc ’65 Ducati Mach 1 shot by Jose Gallina at a Cafe Desmo meeting. In stock form the Mach 1 was already pretty striking with it’s tadpole shaped tank but with the addition of this full race fairing kit it’s a thing of beauty. 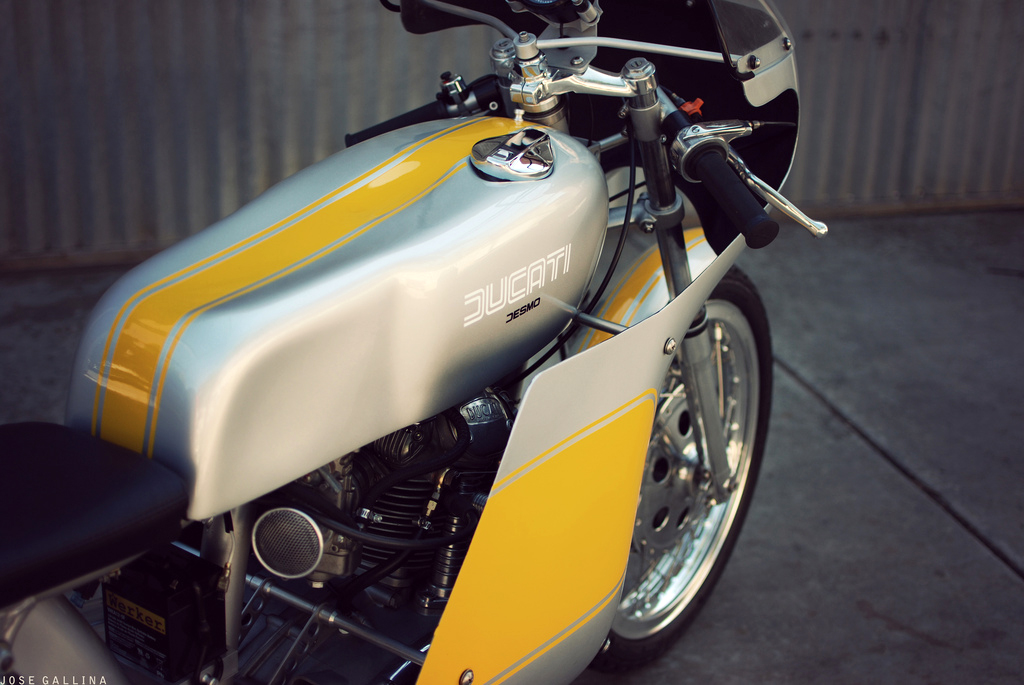 Although the Mach 1 only had a 250cc displacement it boasted true Ton Up performance out of the factory making it the fastest 250cc production bike of the time. The air-cooled, 4 stroke single with it’s Dell’orto SS 29 carb produced 24bhp and topped out at around 170kmh.  Along with it’s impressive performance figures the Ducati Mach 1 came complete with clip on bars and rear set pegs so it was always destined to be picked up by professional racers. 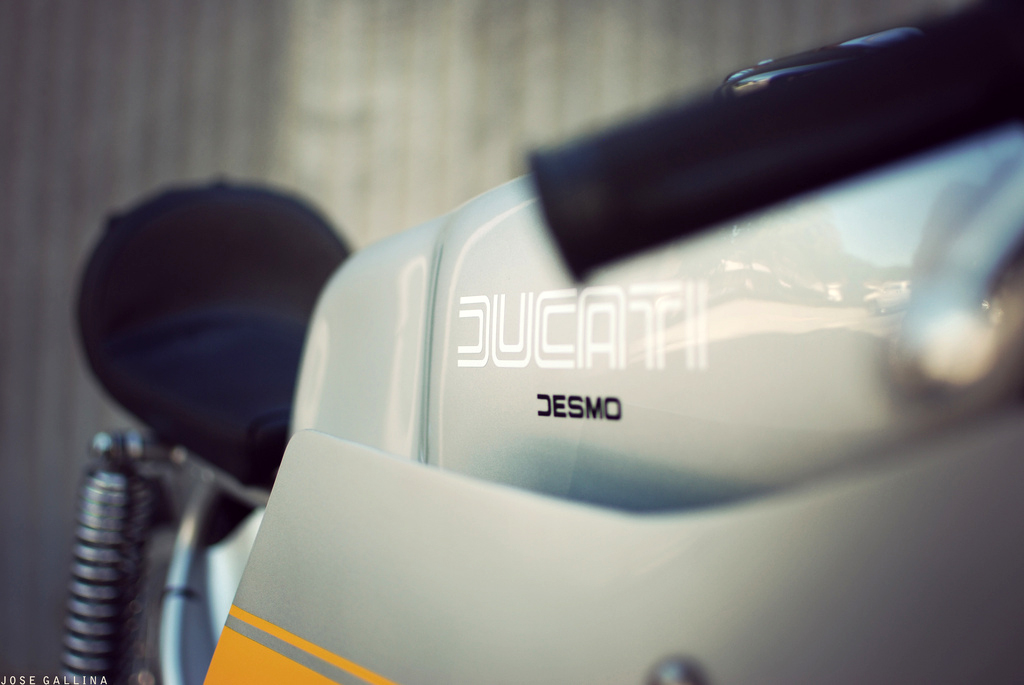 In 1969 one eyed racer (he literally had one eye), Alastair Michael Rogers took out first place in the TT 250cc production class. The win gave Mike the historic title of the first man to ever win a TT race on a Ducati. The Mach 1 was produced for 3 short years between 1966 and 1969 and is today a highly sought after collectors item…I would happily give up a eye in exchange for this beauty. 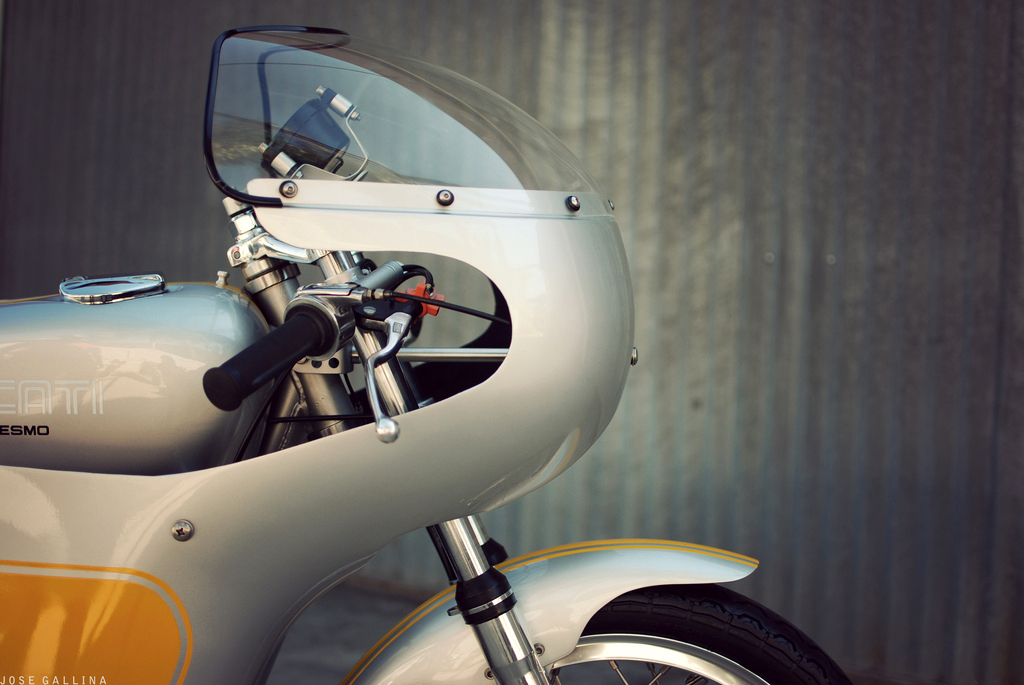 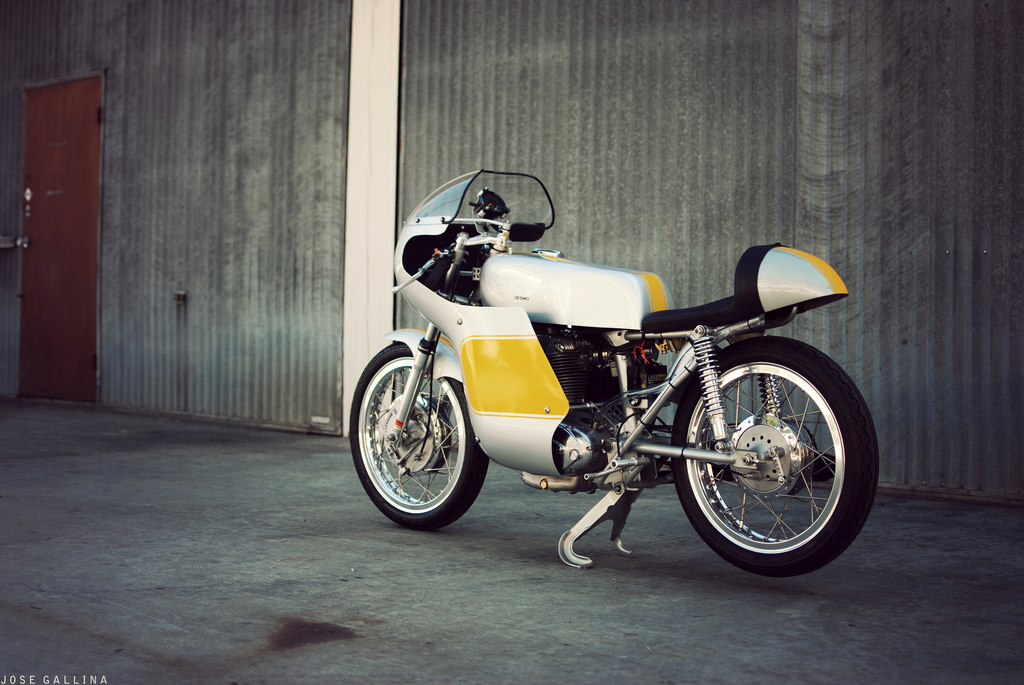