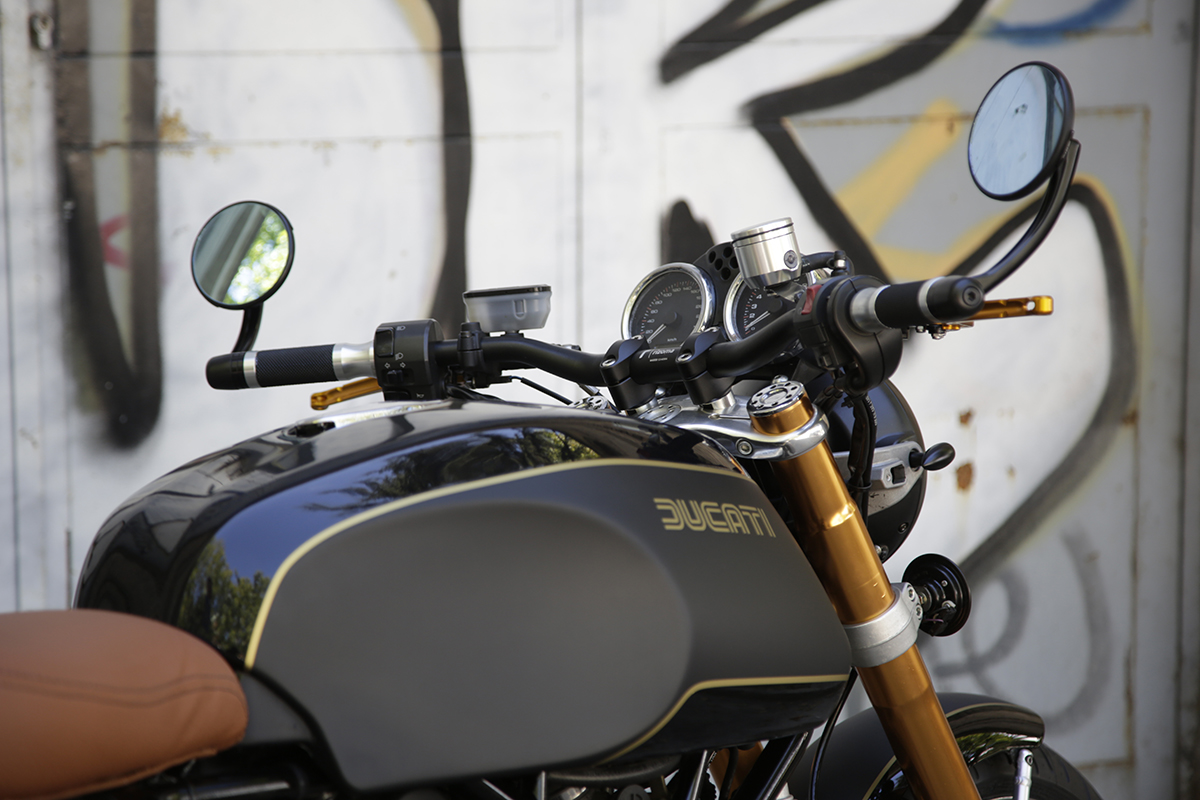 In the years following the demise of the Sport Classics companies like Deus Ex Machina and a plethora of new wave motorcycle blogs popularised the Cafe Racer and custom motorcycle scene. I have no doubt that if they were still being sold today the Sport Classics would sit very close to the top of Ducati’s sales charts where the Scrambler now sits, unfortunately, that’s not how the story played out and today they’re becoming a rare and expensive, secondhand two wheeled commodity. Since they are rapidly becoming considered collector’s items it’s rare to find an owner willing to customize their beloved Sport Classic, so when Spanish workshop Nitro Cycles were presented with the opportunity they took special care to only improve upon Ducati’s original design. 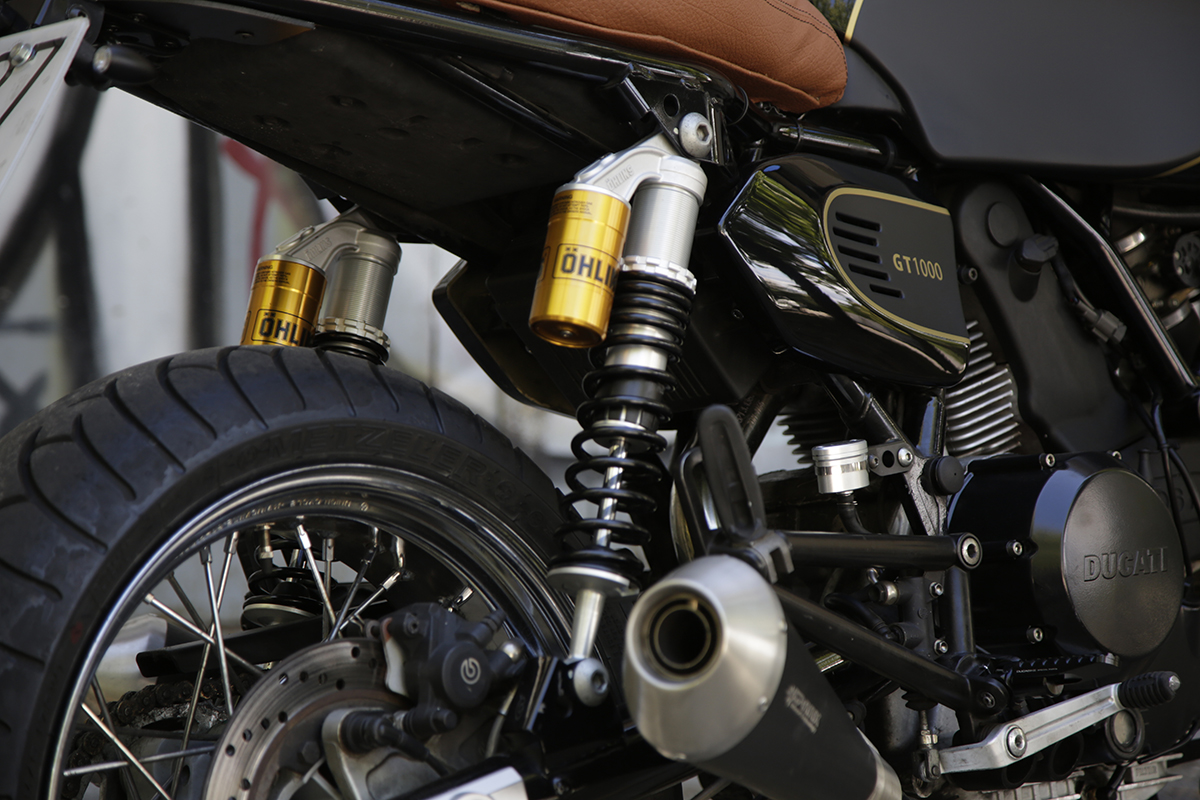 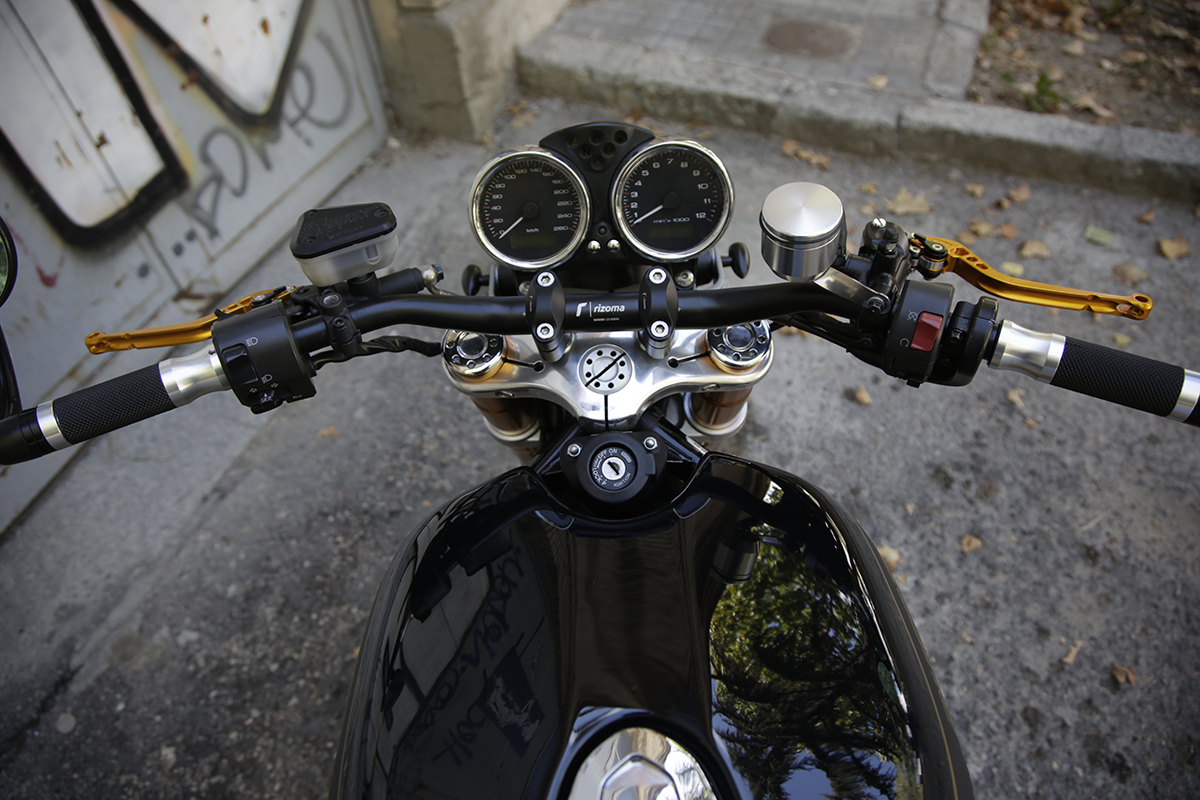 To repair signs of aging on the bike its engine was cleaned up and repainted where necessary and the frame given a respray after having a few minor modifications performed on the subframe. The GT1000’s uninspiring factory seat has been replaced by a custom tan leather saddle with a much sportier look and feel and gold levers have been added to compliment the forks. The Ducati’s new paint scheme is where the most obvious connection to the John Player F1 was made. Panels of gloss black and matte black paint divided by gold pinstripes and finished with gold Ducati livery raise this GT1000’s profile well above its original place at the lower end of the Sport Classic range. If Ducati ever gets the urge to produce a bike similar to the Sport Classic GT1000 again let’s hope they take inspiration from this beauty. 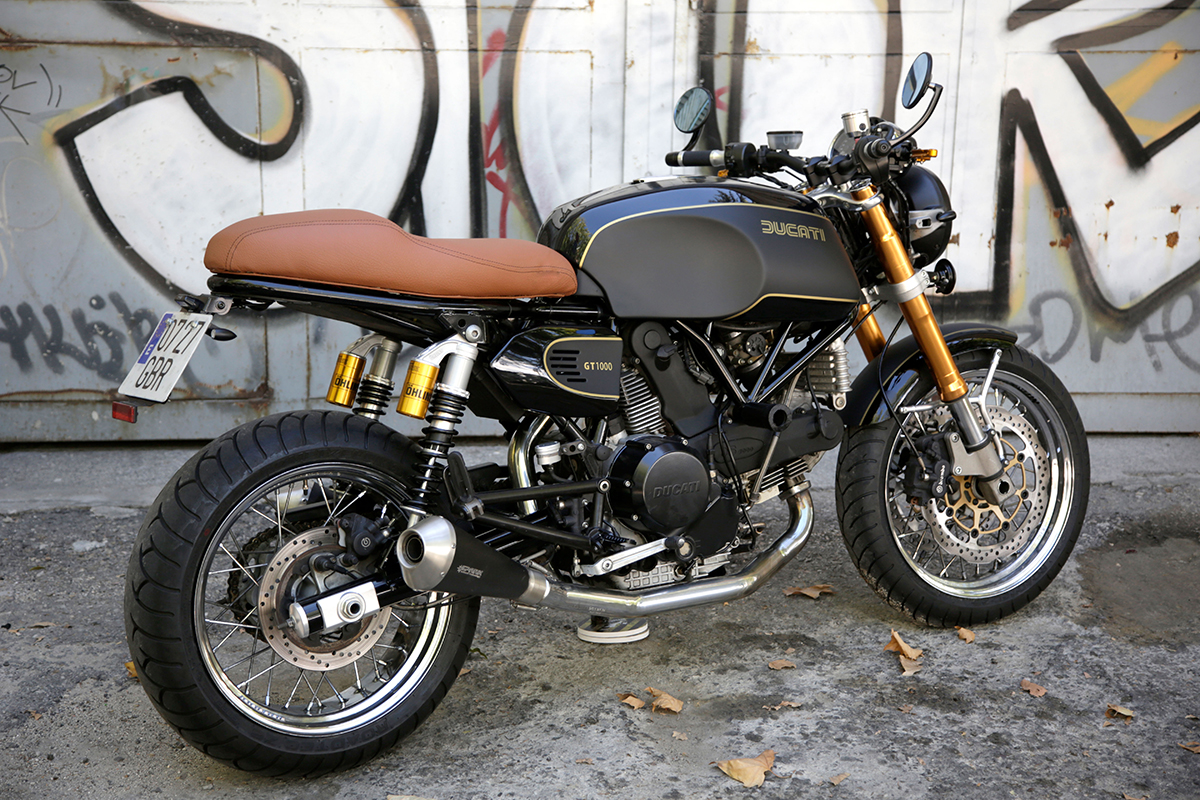 Every time I spy a Ducati Sport Classic out on the street I can’t help but think of what Ducati missed out on. Inspired by TT racers and sports bikes of the 70’s, Ducati’s design team, led by Pierre Terblanche, unveiled the first of the Sport Classics range back in 2003 at the Tokyo Motor Show. The public response was favourable, but it wasn’t until 3 years later in 2006 that the bikes went on sale to the public. Over the next few years models released under the Sport Classic range included the limited edition Paul Smart, Sport1000, Sport1000S and the GT1000. Despite the public response in Tokyo sales figures indicated that the market wasn’t ready for the Sport Classics, so after only 4 short years of production, Ducati discontinued the entire range. If only Ducati could have held out a few more years.