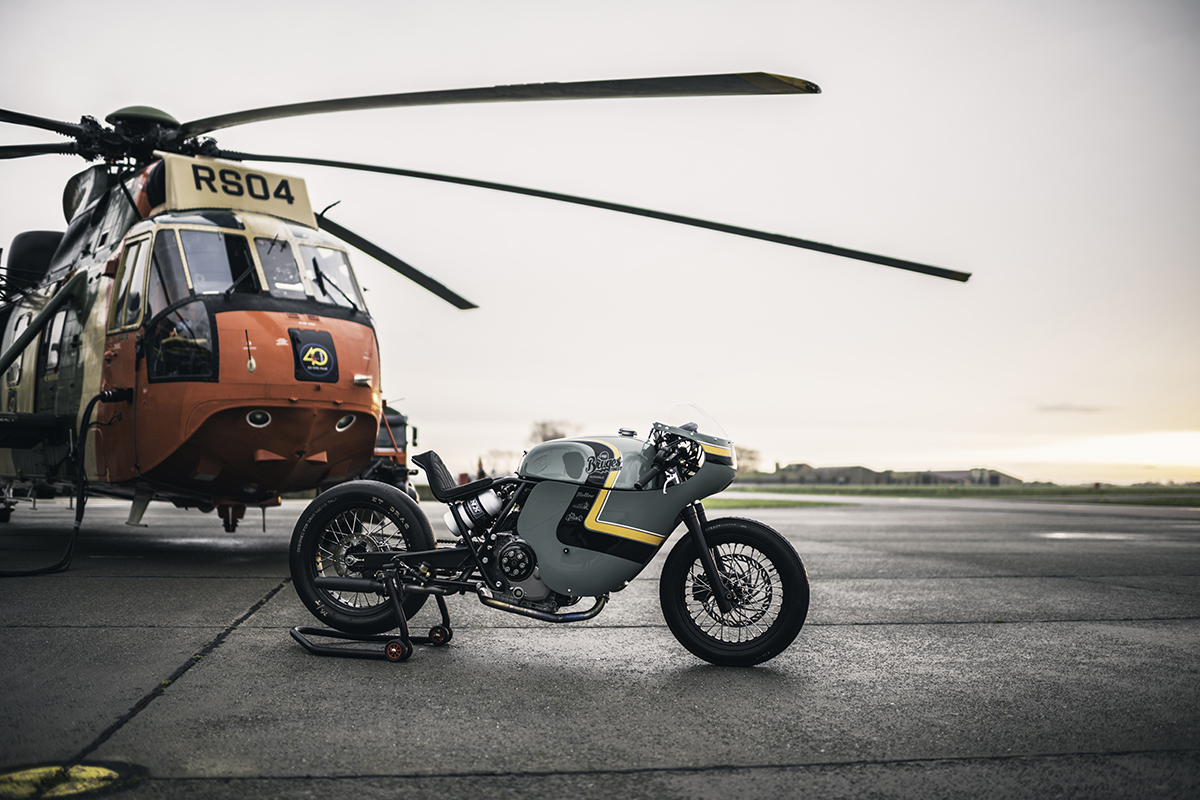 The sale came about after Flo was approached by Evy and Andy of Hermanus workshop in Bruges, Belgium. After attending the pairs custom event, ‘Fly Low’, they became close friends despite living 700km apart. Flo saw the offer as an opportunity to develop something new and to spend time with his friends during the 2018 race series so the deal was done and Hermanus had themselves a thoroughbred bike. But why buy someone else’s build? 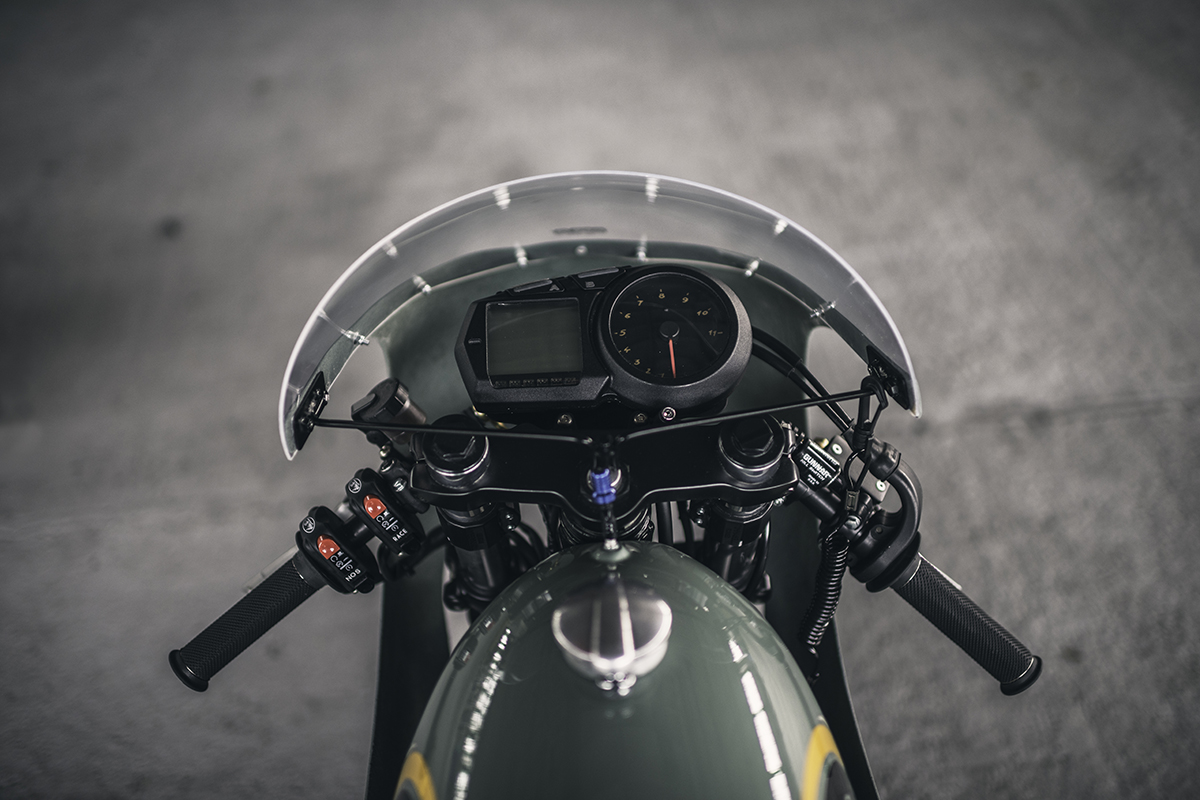 In the world of horse racing buying a thoroughbred gives you a competitive edge and when you’re new to a sport that edge can make all the difference. According to Andy, the purchase was inspired by several factors. “Both Evy and I are crazy about the Mellow Motorcycles builds and this Ducati in particular. This bike also gave us the opportunity to participate in the next Sultans of Sprint challenge at short notice.” Simply turning up and racing an identical motorcycle wasn’t going to work though so the pair set about recreating FRKNSTN using their own, Hermanus style. The FRKNSTN was powered by a 2004 Ducati 1000DS modified by the Mellow Motorcycles team. To give the L-twin engine its winning edge Mellow modified both the intakes and gearbox, installed forged pistons, upgraded the ECU and installed weight saving titanium headers and alloy engine components. In stock form the engine produced 92bhp, but thanks to the addition of a nitrous oxide system that figure was significantly surpassed. To handle the additional power and create a more appropriate sprint racer footprint Mellow also installed the engine in a modified 1977 Honda CB750 frame wearing a set of Sherco 125 forks and an extended KTM 640 swingarm. This formula worked well for Mellow so rather than attempting to recreate the wheel Andy and Evy left all of this virtually untouched. 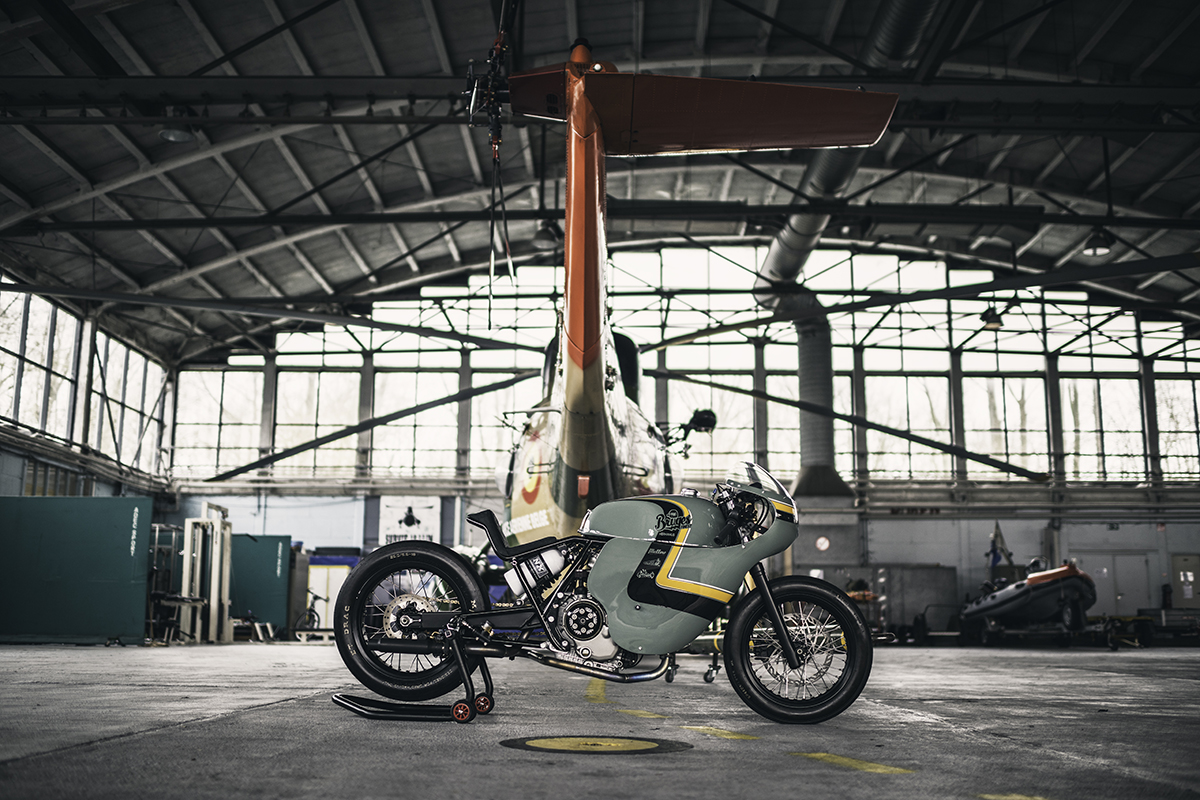 The bodywork is a whole different story. Since sprint racing newbie Evy was going to be piloting the bike they set out to make the ride less demanding on her body. The Sultans of Sprint series also awards points for several other factors which include how good your custom creation looks and how much beer you can drink. While drinking beer is enticing at this point they focused on how the bike was going to look. 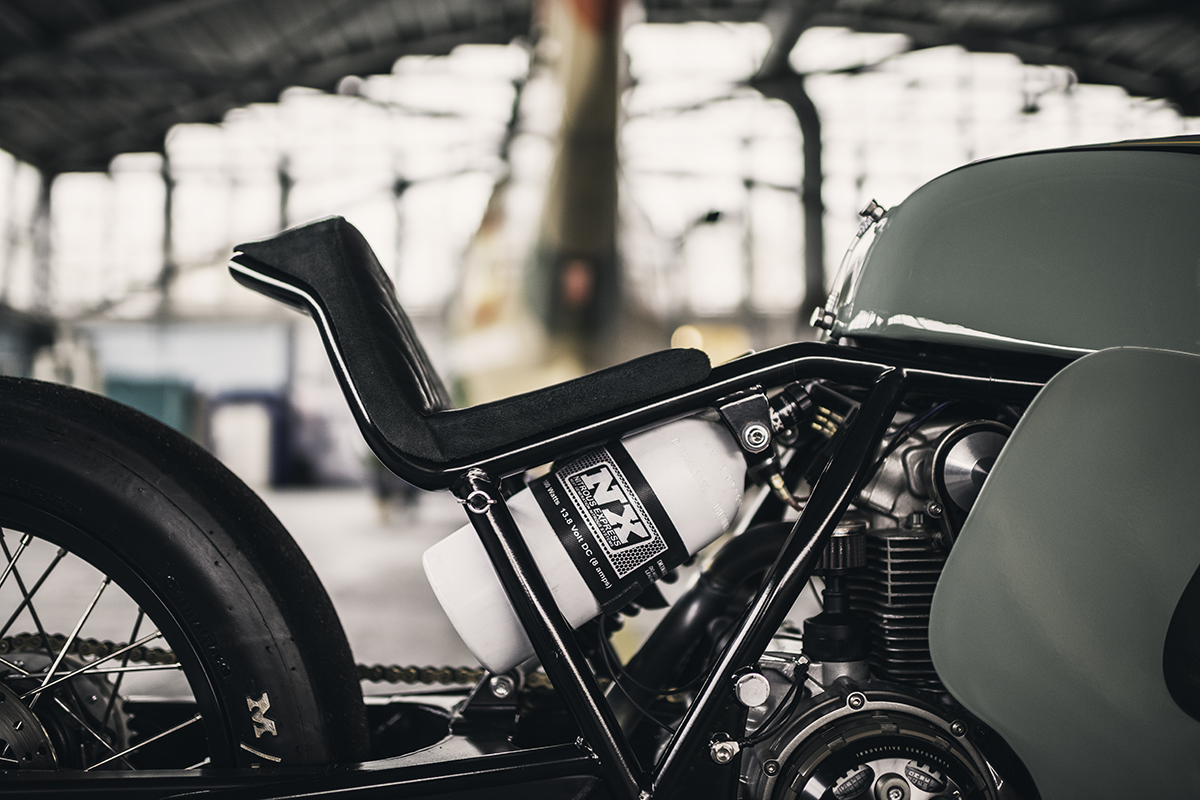 With the help of another Belgian workshop, Gunnar’s House of Custom they added some aerodynamics by installing a Ducati 175 replica fairing. Next, the wheels were completely rebuilt and a more capable front brake installed. Since the bike was originally set up for Amir’s dimensions the riding position was tweaked and a new seat installed by Miller Kustom Upholstery. Finally, everything was custom painted by MotoPeinture with graphics by moto illustrator Menze Kwint and Ketchonaise. 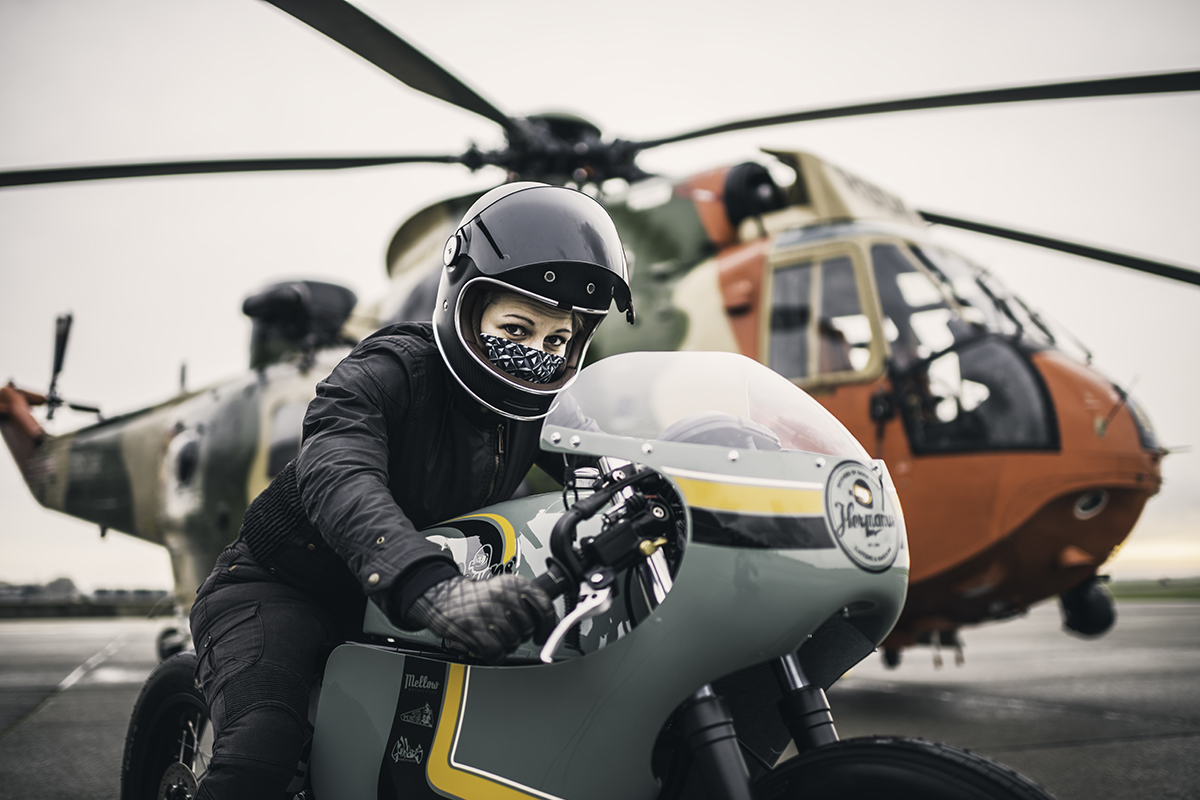 With the bike tipping the scales at a mere 147kg and with smaller framed Evy at the helm, the Mellow motorcycles crew are going to really have their work cut out for them. This a competition within a competition that’s sure to add some entertaining tension. The first heat will take place on May 19th in Italy. For details visit the Sultans of Sprint.