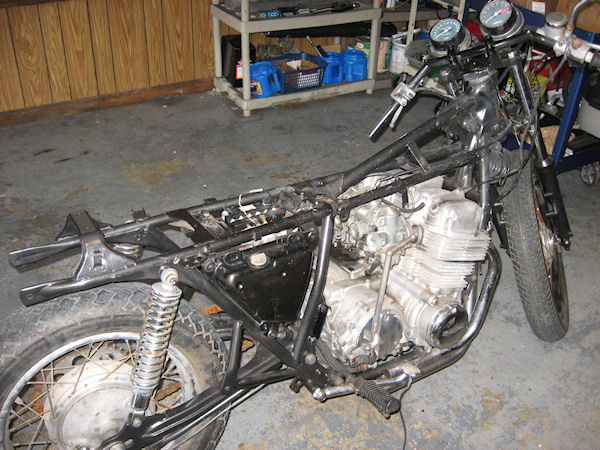 The base for the Electric Juice Cafe Racer was a 1979 Honda CB750, a motorcycle that many modern Cafe Racer fans would know is a great base. As the engine and bodywork weren’t of importance, Ed managed to source an example for only $250. He then pulled the engine, exhausts, air box, battery and wiring harness off the bike and made a few bucks back by selling them on. He then set himself a deadline of 60 days to complete the full build in time to enter the finished bike in an upcoming custom show. 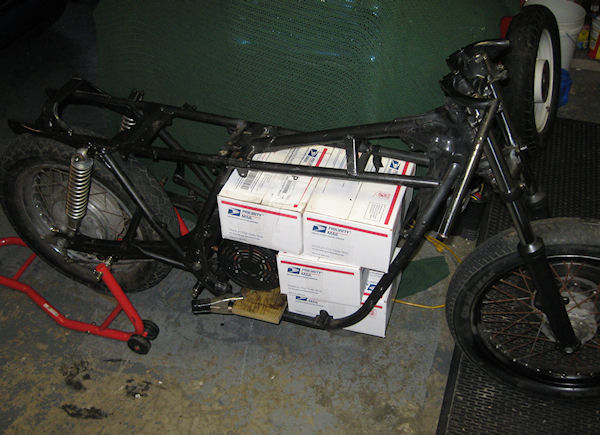 Batteries are what makes the bulk of all electric vehicles so using similar sized post boxes the frame was tested for space and it fit! The electric Cafe Racer was to be powered by a set of 4 Headway batteries hooked up to an Altrax 450 amp controller and an ME1003 electric motor. 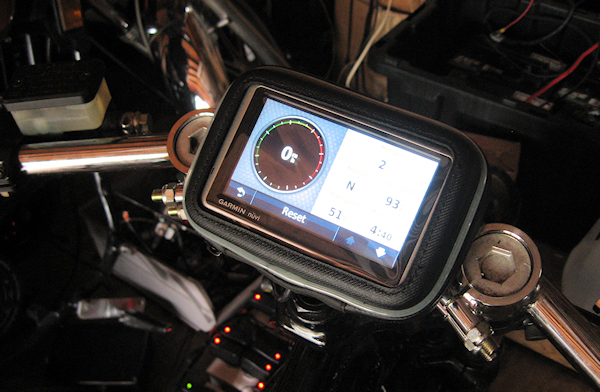 The original instrument cluster has been replaced with a trick GPS speedometer which sits on top of the triple clamp above a set of inverted clip on bars. Custom mounting plates were fabricated to fit most of the electrics to the bike as the original CB frame certainly wasn’t set up for this type of running gear. Balance is a major consideration with any motorcycle build so the location of every part fitted to the bike was carefully planned. This motorcycle wasn’t just going to go fast in a straight line, it needed to be quick in the twistys if it was going to stand up to its Cafe Racer name. 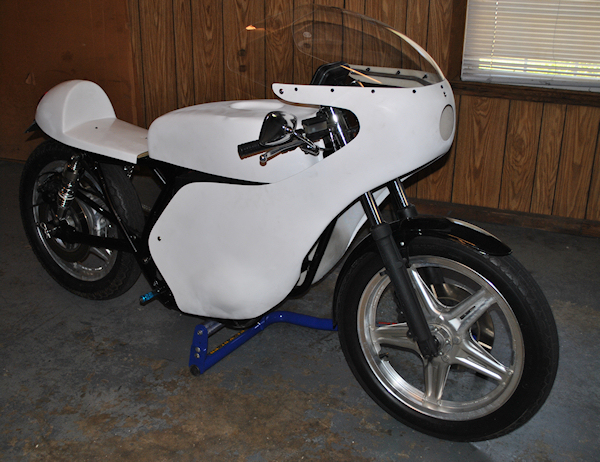 An already existing relationship with Airtech Streamlining helped them score a great deal on the period correct (racing CB750R style) fiberglass fairings. The fiberglass tank was gutted as it’s purpose is now to be a fairing rather than a fuel vessel and a set of instruments for monitoring charge have been custom fitted. 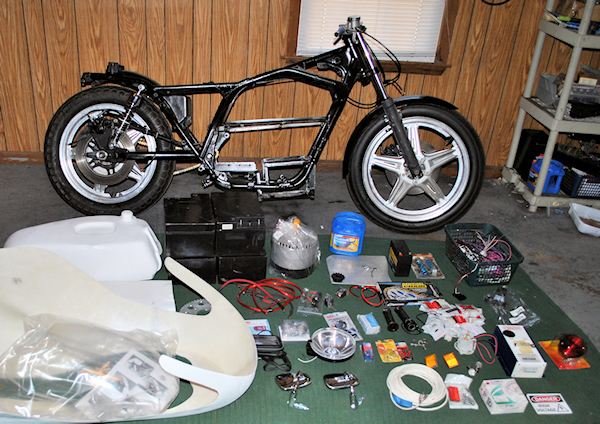 The total weight of the motorcycle came in at under 312 pounds (141kg) which is considerably lighter than it’s original weight of around 490 pounds (223kg). As with all electric bikes there’s plenty of torque on hand but the big question is will she do the Ton? The answer thankfully is yes. The Juice Cafe Racer pulled a top speed of just over 105mph which in my opinion completes all the requirements of being a bonified Cafe Racer. Prowler orange was selected for the paint scheme and a full set of racing decals were ordered. Ed even managed to register a set of plates especially for the bike, a very nice finishing touch. 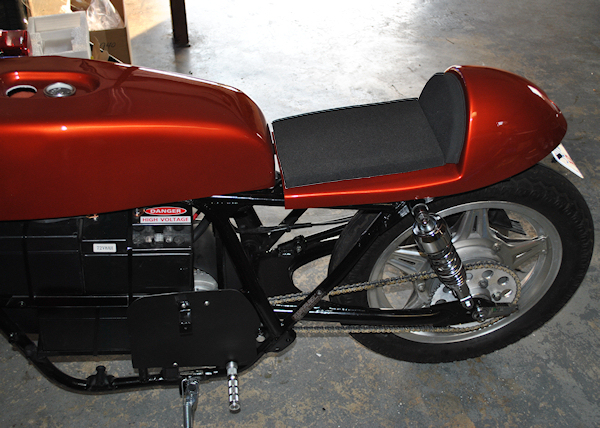 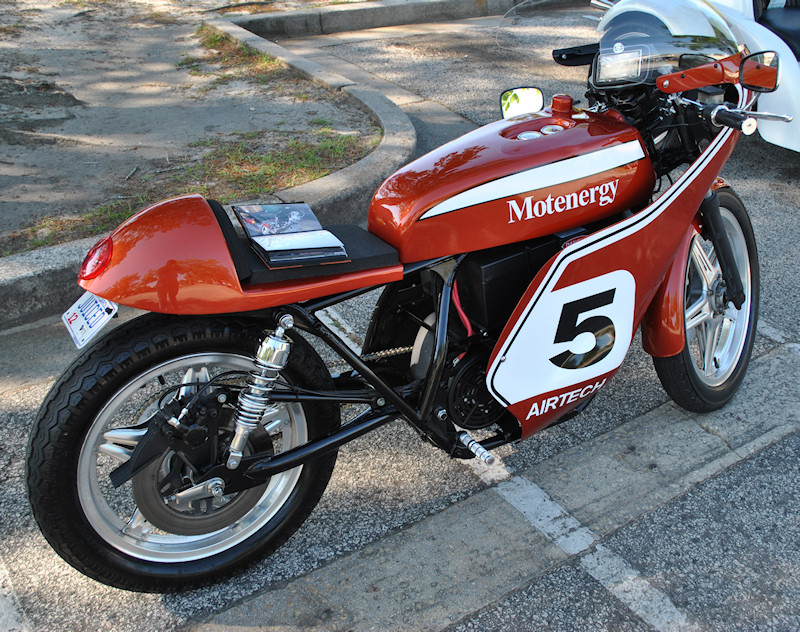 The Juice Cafe Racer took second place in the custom motorcycle division which is a great achievement and now, all of a sudden I’m interested in electric motorcycles (!?).Watch the videos below for some street action of the Juice electric Cafe Racer.

For me the exhaust note is the only thing that is really missing from electric motorcycles. Every other aspect of them is amazing but I just don’t know if I could give the lovely growl of my Cafe Racer away to adopt the new technology.

What’s your opinion on electric motorcycles? Do you think it’s safe to be cruising the street in silent stealth mode?

“We have Drag raced a door car, a carbureted
Rear Engine Dragster, a blown, injected Front Engine
Dragster (even a Go kart at the drag strip, but that is another
story) and now, Electric drag bikes.”

juiceddragracing.com
Electric motorcycles are here. There’s no denying they’re fast and that the concept is amazingly cool, but I have to say the styling I’ve seen on most electric motorcycles to date hasn’t been my cup of tea. But that’s all about to change. Introducing the world’s first electric Cafe Racer, “Juice” by Ed and Tammy Fargo of South Carolina. Juice is the fourth electric motorcycle built by the husband and wife team whose automotive past lies in kart and drag racing. After previously completing street spec and a drag spec electric motorcycles, Ed decided to act on his long desire to own a Cafe Racer and with the experience, he gained with the first bikes he would make it electric.