I’ve been an invited guest at Kustomfest Indonesia for 5 years now. Thanks to the show I’ve made some great friends and enjoyed some epic trips around the Emerald Isle. The one thing that I have loved most about the show is seeing each builder’s skills evolve over time. Three years ago I featured a modest little Honda CB200 cafe racer by Balinese workshop AMS garage. It was a tidy build with lots of nice details that also caught the eye of BikeExif senior editor Wes Reyneke. In a mere two short years, AMS workshop owner Putu Ajus Mulyawarman has seriously stepped up his game. Not only has he developed a unique style, but Putu has also picked up some incredible metal shaping skills along the way. This resulted in his latest build, a custom Kawasaki ZZR600 named ‘Badak Agung’, being awarded several trophies at Kustomfest, including my own ‘Return of the Cafe Racers – Pick of the Show’. 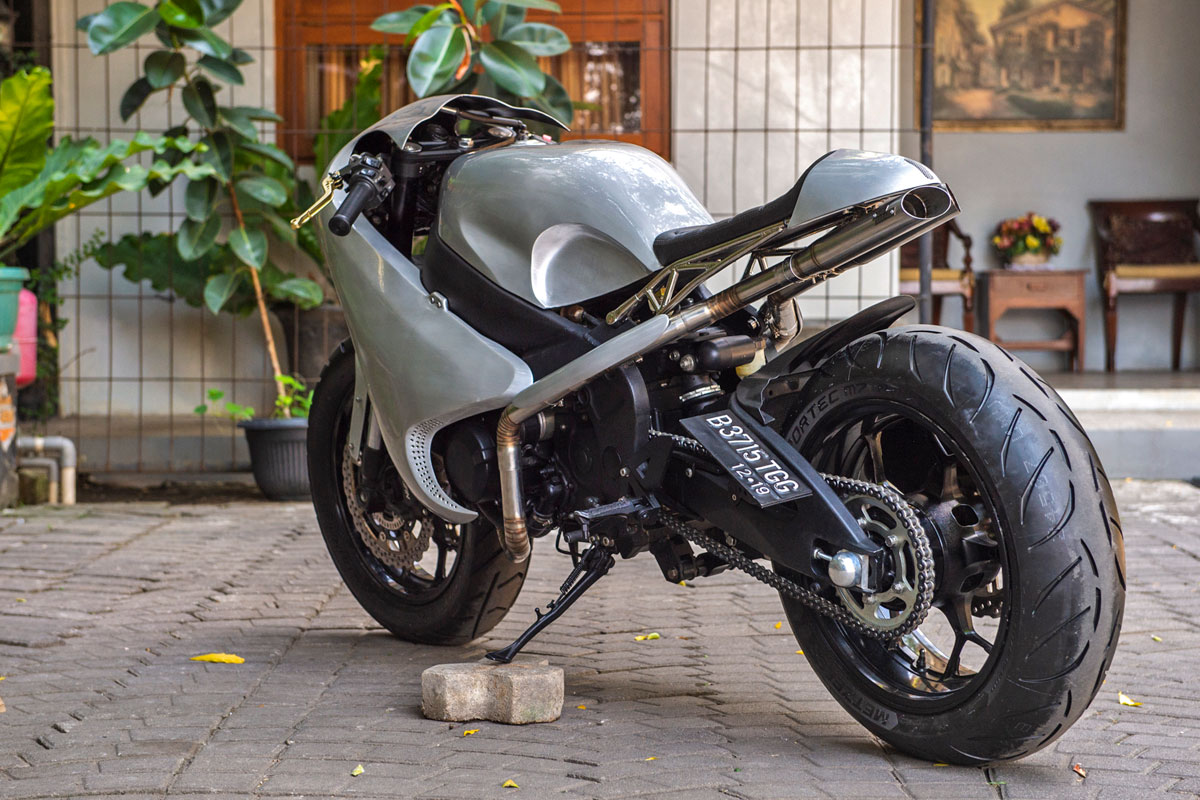 Putu’s workshop is based on the holiday island of Bali in the Sanur district. Set at the rear of a Mods and Rockers themed restaurant named ‘Ton Up bar and grill’. AMS Garage has built a reputation as the local go-to cafe racer shop. Putu attributes the label to the awards both Wes and I gave his Honda back in 2015, which is both humbling and surprising. His more recent builds aren’t what you’d class as your average cafe racer though. After honing his skills shaping aluminium he has moved from simply retrofitting parts to completely fabricating each bikes bodywork from scratch. 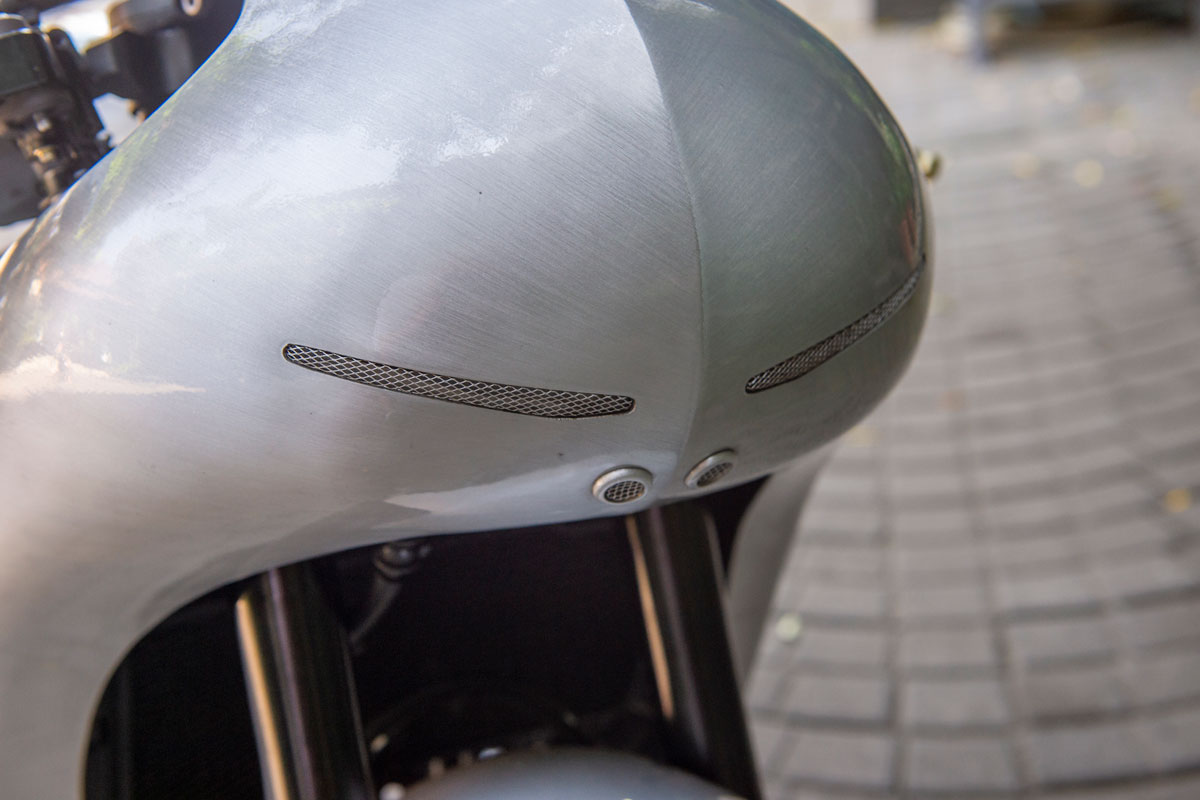 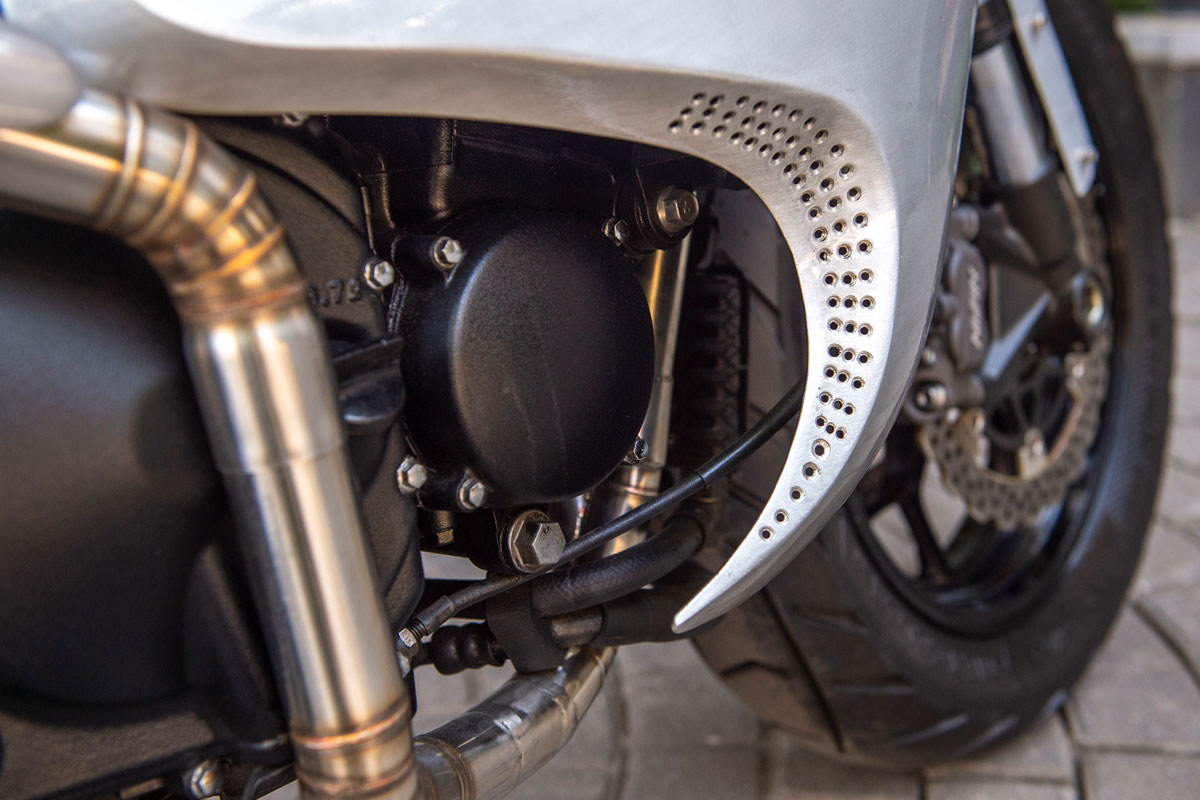 The donor for Putu’s Badak Agung project was a 2001 Kawasaki ZZR600. The Kawasaki no longer wears any of its original plastic bodywork. Even the stock tank has been replaced by a handmade unit painstakingly shaped from 3mm aluminium sheet. After stripping the bike down and removing the stock subframe Putu used a wire former to mock up the custom bodywork. The new subframe was welded together using stainless rod and is bolted directly to the Kawasaki’s perimeter frame. As you’d expect the bodywork was the most time-consuming aspect of the build, but by most standards, the 1 month it took isn’t all that long. 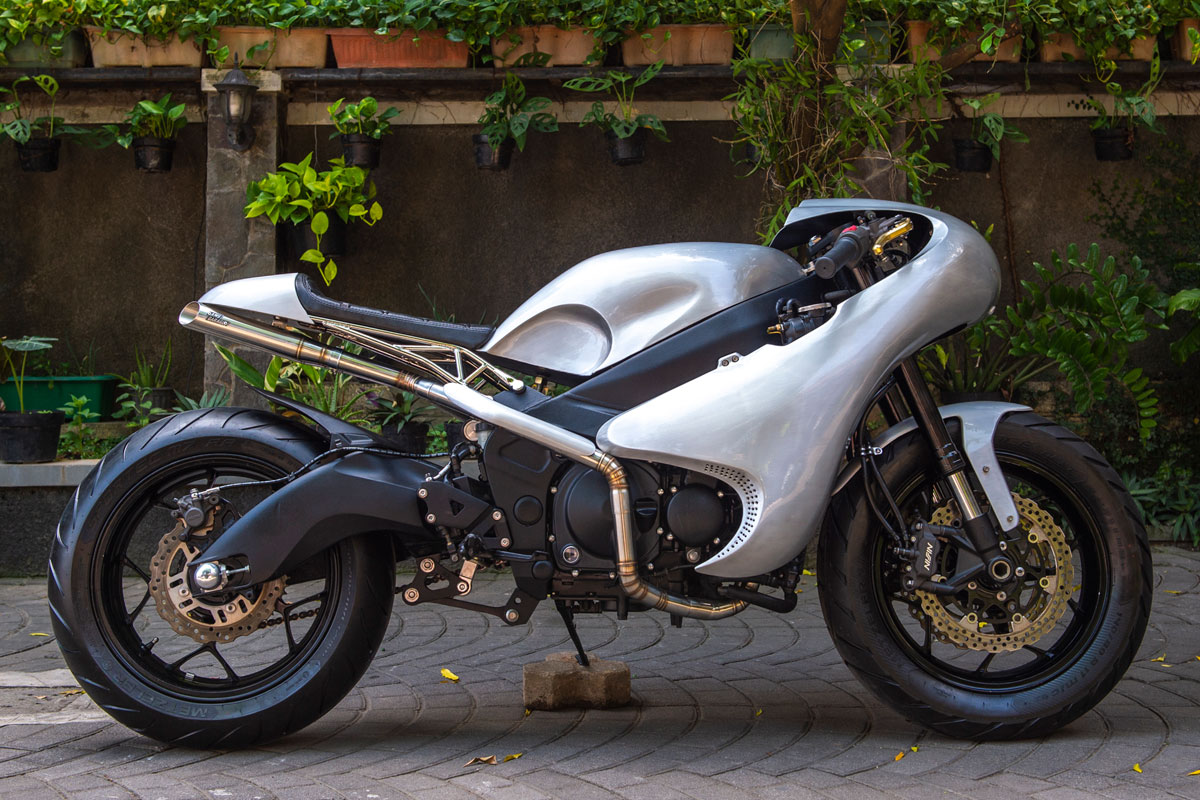 The bike’s name, which translates to Giant Rhinoceros is a nod to a video Putu saw of a charging Rhino. The animal’s shape and unbridled power became the main influence on the direction of his Kawasaki. The name can also be attributed in part to the bike’s fuel tank. Recessed into its base are the airbox and the top of the engine. This left him with no other option than to embrace its bulk and focus on giving it more visual appeal. When it came to the front of the fairing, he found his inspiration in the same place where he picked up many of his metal shaping skills; Japan. 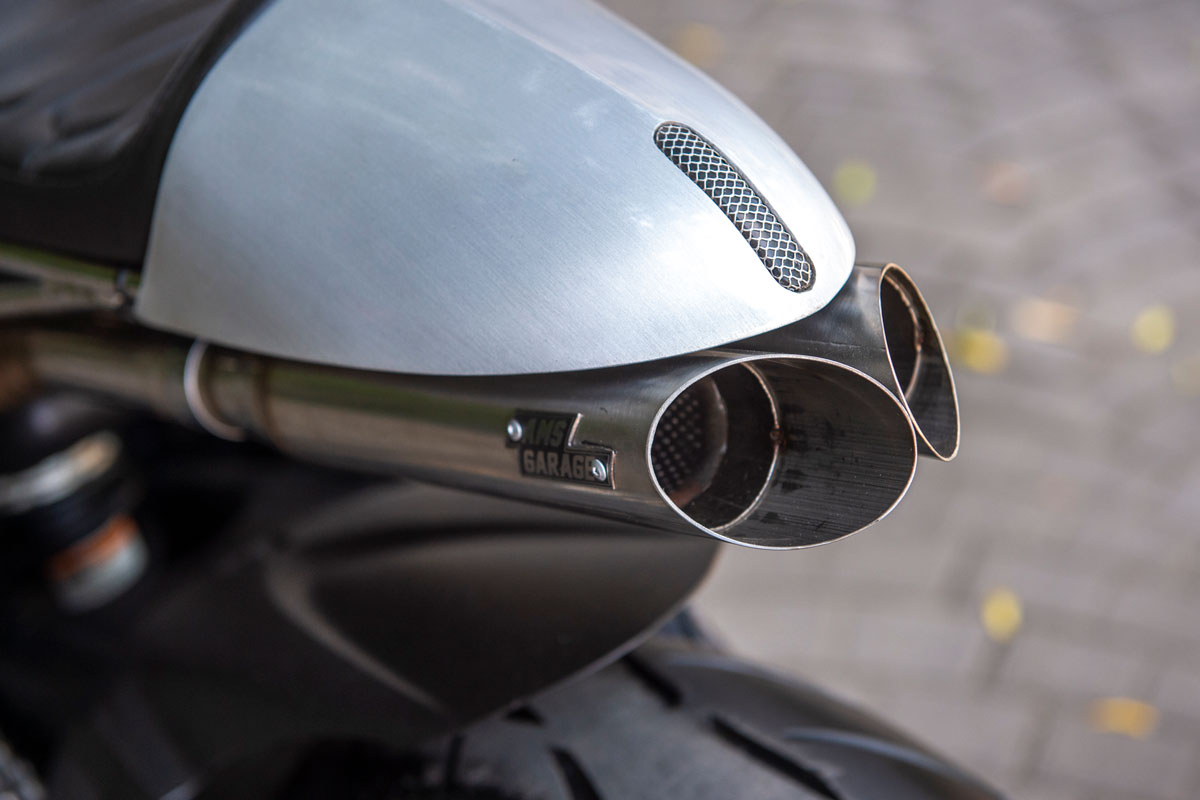 “For the front fairing I took inspiration from a Japanese Samurai helmet,” says Putu. In Bali, temperatures are high for most of the year so a key consideration was to not restrict air flow to the bike’s radiator. The helmet that inspired the fairing was a Momonari (peach shaped) design. The helmet bore a wide gaping mouth, angular eye ports and a pronounced central ridge. This translated to a wide mouth in Putu’s fairing that more than satisfies the airflow requirements. The eye ports house a pair of LED strips and the central ridge creates a look similar to the edge of a sword. The resulting appearance is as forbidding as the Samurai once were and it’s one of the main reasons I awarded it as my pick of the show. 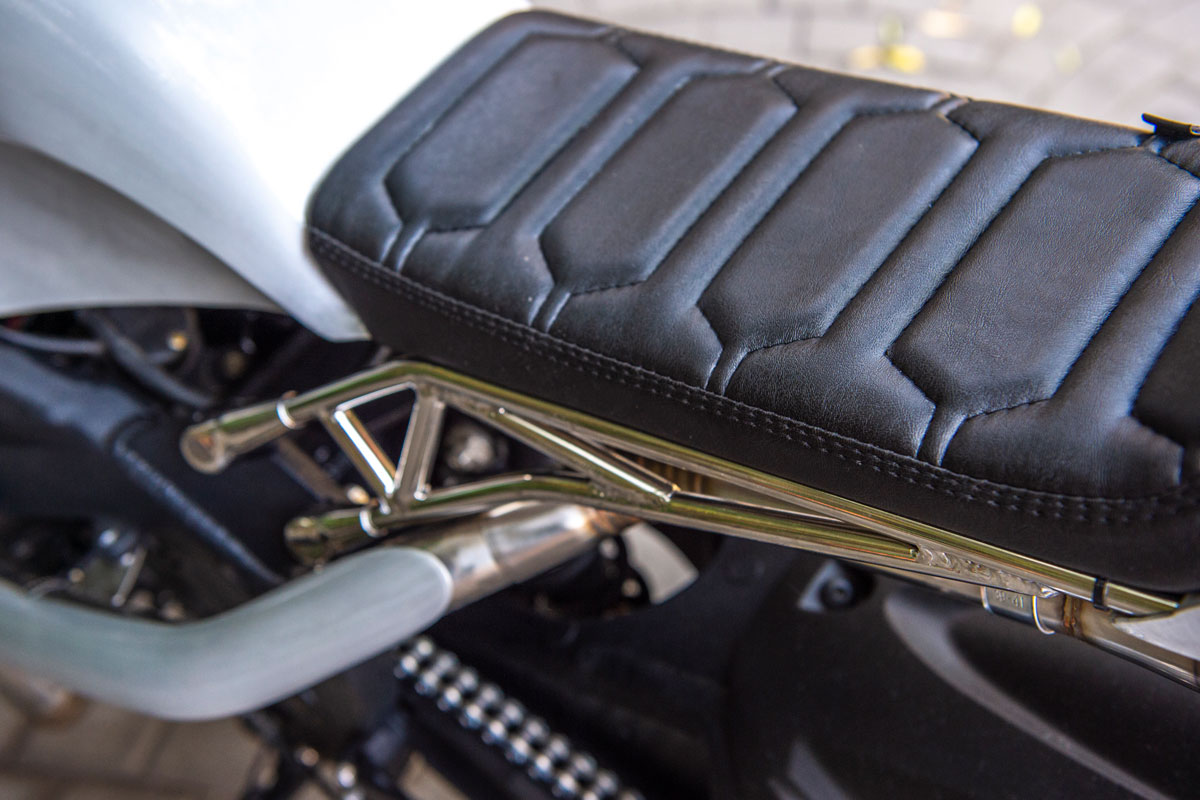 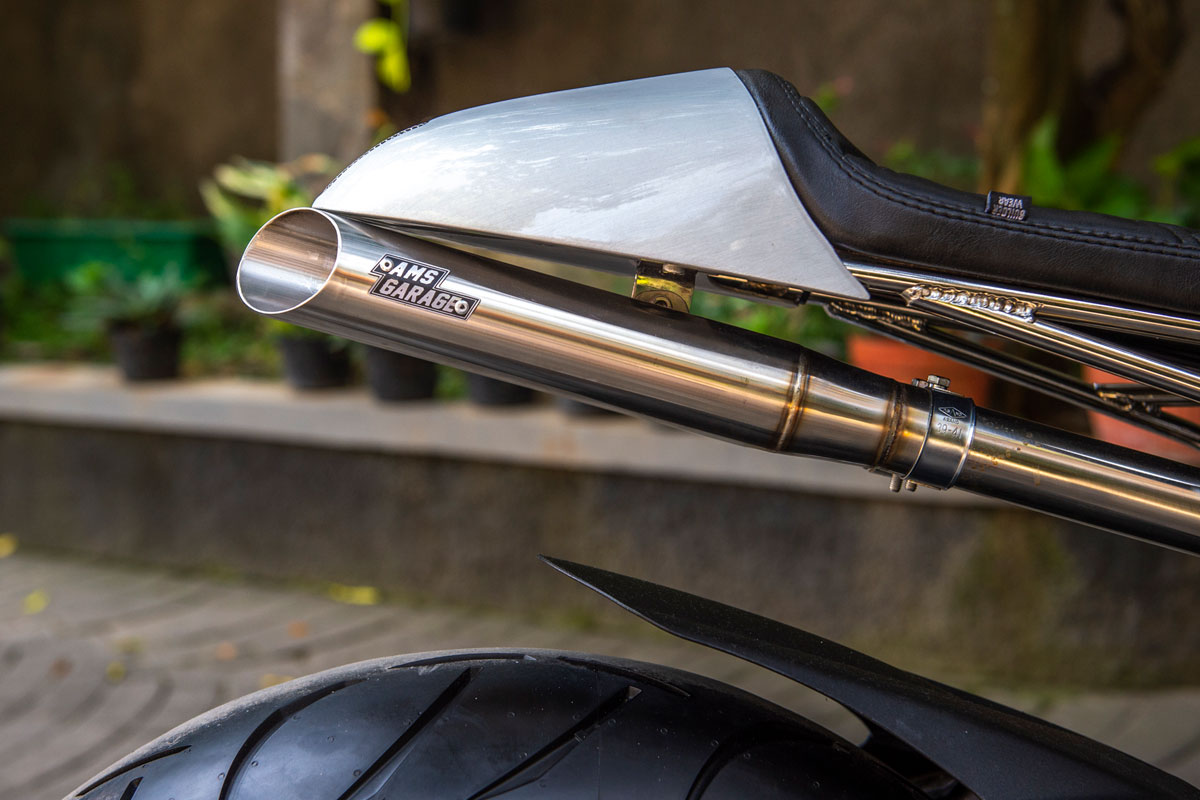 As for performance modifications, they’re limited to a custom, pie cut stainless exhaust system. Sportsbikes of this capacity are few and far between in Bali, as are roads where they can be ridden to anywhere near their full potential. With 90bhp on tap from the factory getting any additional power out of the ZZR600 would have been pointless.

Along with taking home my award, Putu’s custom Kawasaki ZZR600 was awarded as the Cherry’s Company pick of the show. It will also be heading to Japan next month for the Yokohama Mooneyes event where I’m looking forward to reuniting with both the bike and its talented builder once again. 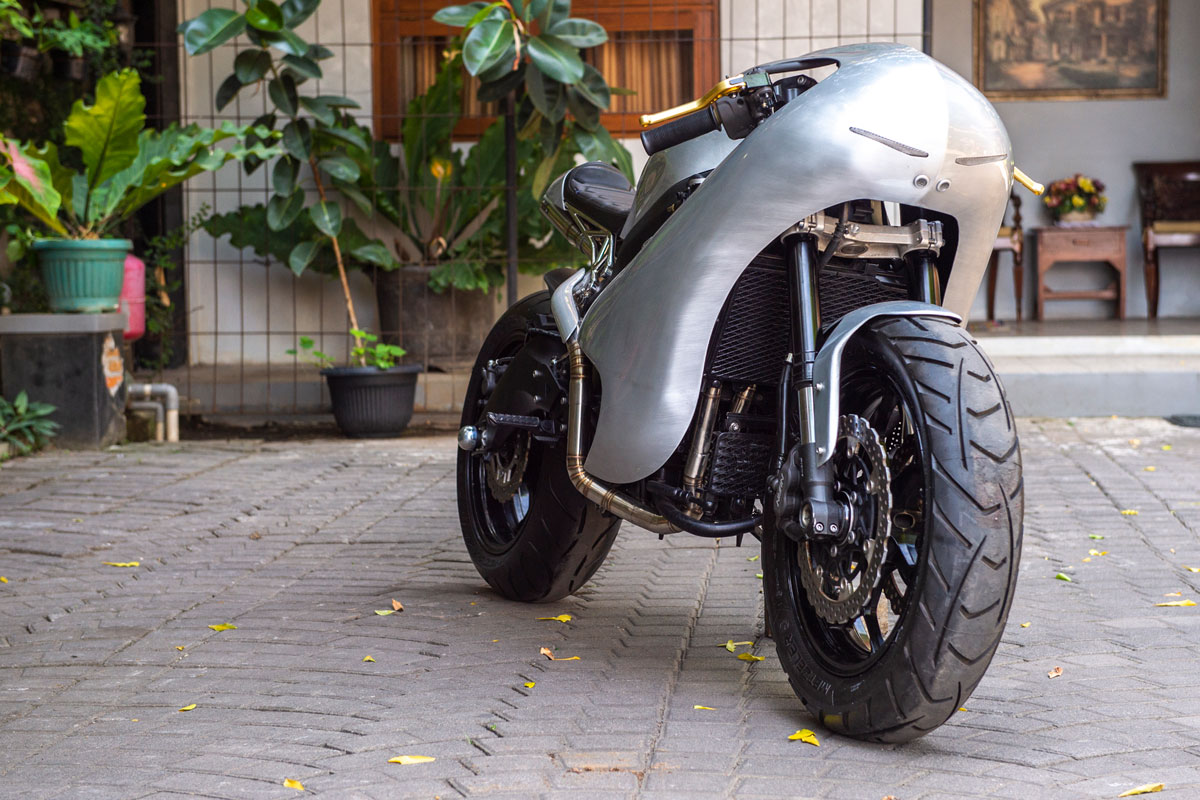