When we reviewed the Kawasaki Z900RS cafe back in 2018 we noticed something familiar about its styling. Kawasaki stated the design of their sport heritage Z900RS was influenced by the legendary Z1 of the 1970s. However, the bright green, faired version of that same bike, the Z900RS Cafe, seemed to have more in common with a motorcycle released a decade later. That bike was the special edition Kawasaki Z1000R Eddie Lawson Replica (ELR). Over in Japan the crew at aftermarket workshop Doremi recognised parallels between the two bike too. But rather than just ranting about it online they created a bolt-on kit that’ll transform any Kawasaki Z900RS Cafe into modernised Eddie Lawson Z1000R. 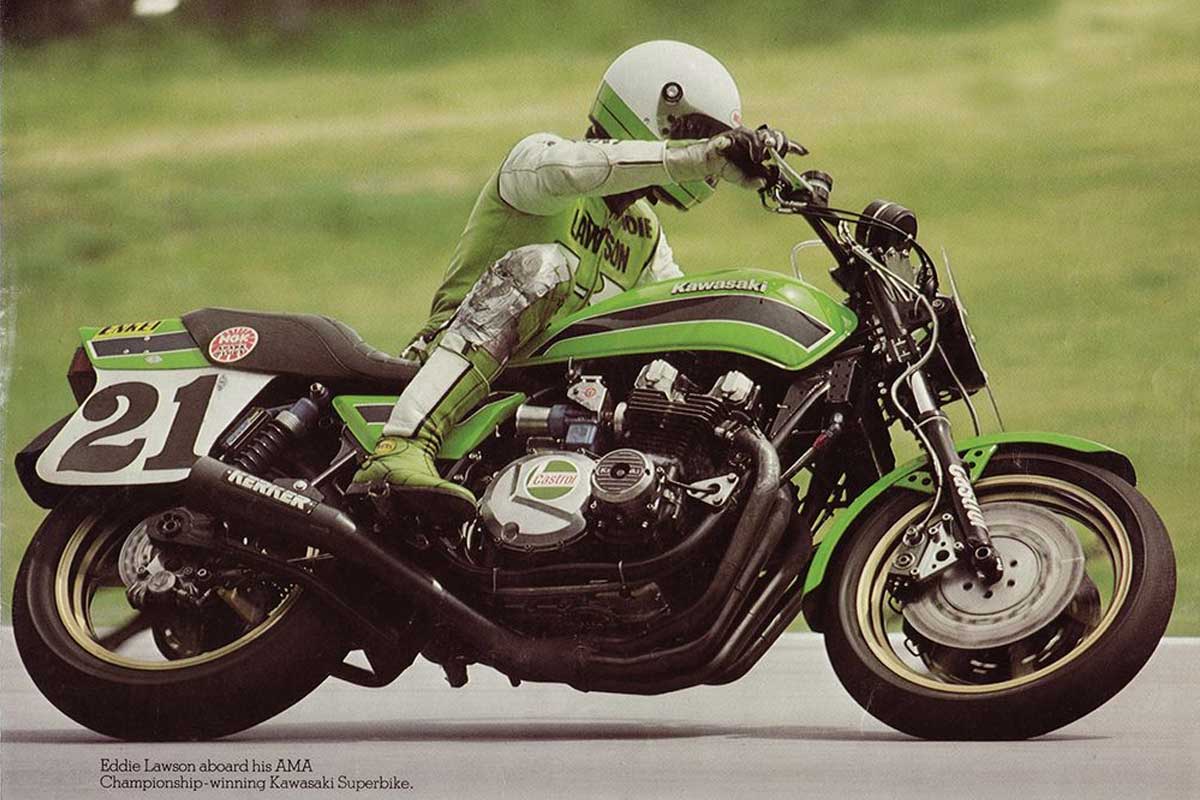 In 1982 Kawasaki sought to boost sales of their underperforming KZ1000. Despite the KZ offering improved performance over the Z1 it was built on an outdated platform, and their customers knew it. So in a last-ditch attempt to move stock, Kawasaki USA hatched a plan.

Eddie Lawson had just won the 1981 AMA Superbike championship. Kawasaki’s idea was to leverage the hype around Eddie’s achievement by creating a replica street bike based on his championship bike. To speed up the release of the bike they were primarily a styling exercise with a few basic modifications that gave them an edge over a standard KZ1000. The resulting bike featured a Kerker exhaust system, upgraded suspension and revised steering geometry and trail. What made the ELR really stand out from the stock KZ though was it’s styling. The Kawasaki Z1000R wore a lower profile saddle, a bikini fairing retrofit from the GPz1100 and bright green Eddie Lawson styled livery. 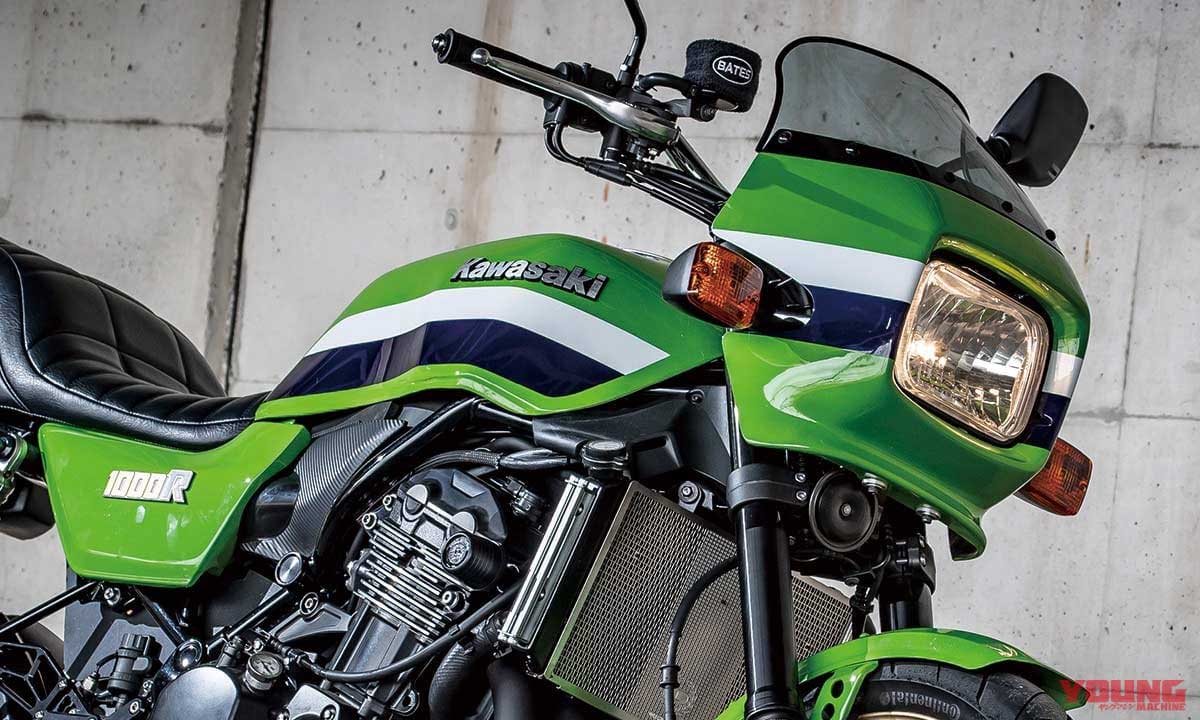 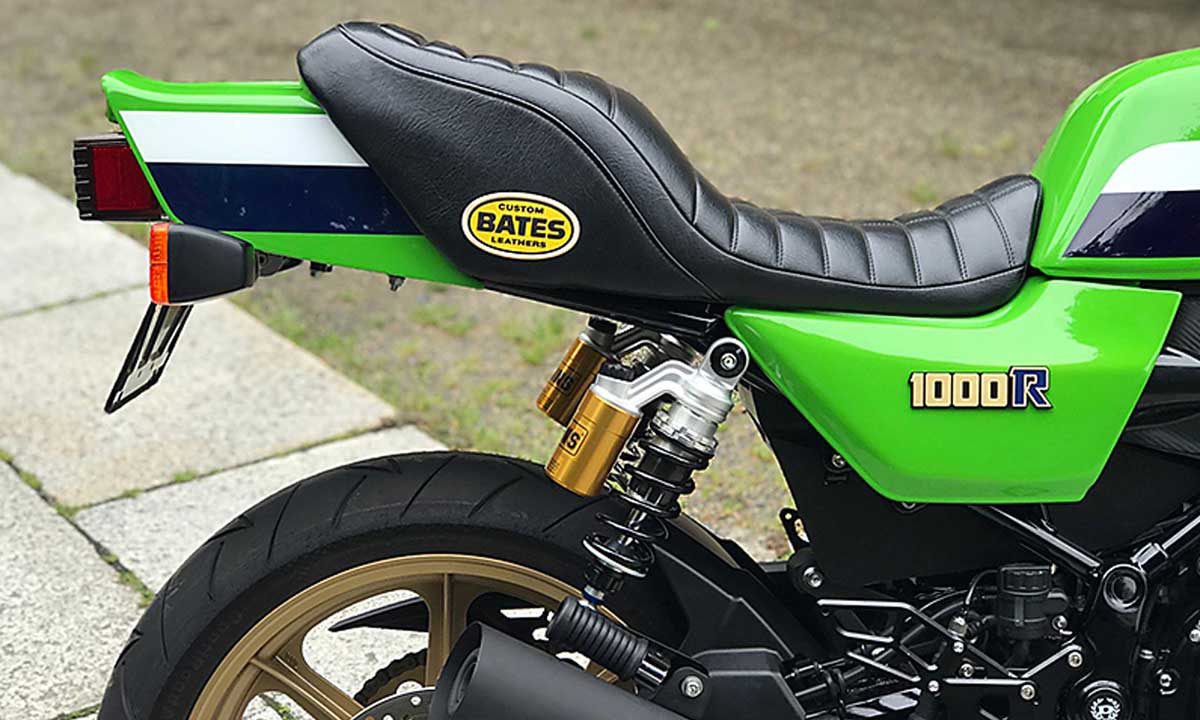 Unfortunately, it was too little too late. The KZ1000’s run had come to an end and despite Kawasaki’s efforts, the Z1000R ELR fell flat of their goals. In total, only 750 special edition bikes were built. At the time the whole exercise was considered a failure, but today the bikes historical significance and rarity make the Z1000R a very collectable motorcycle. 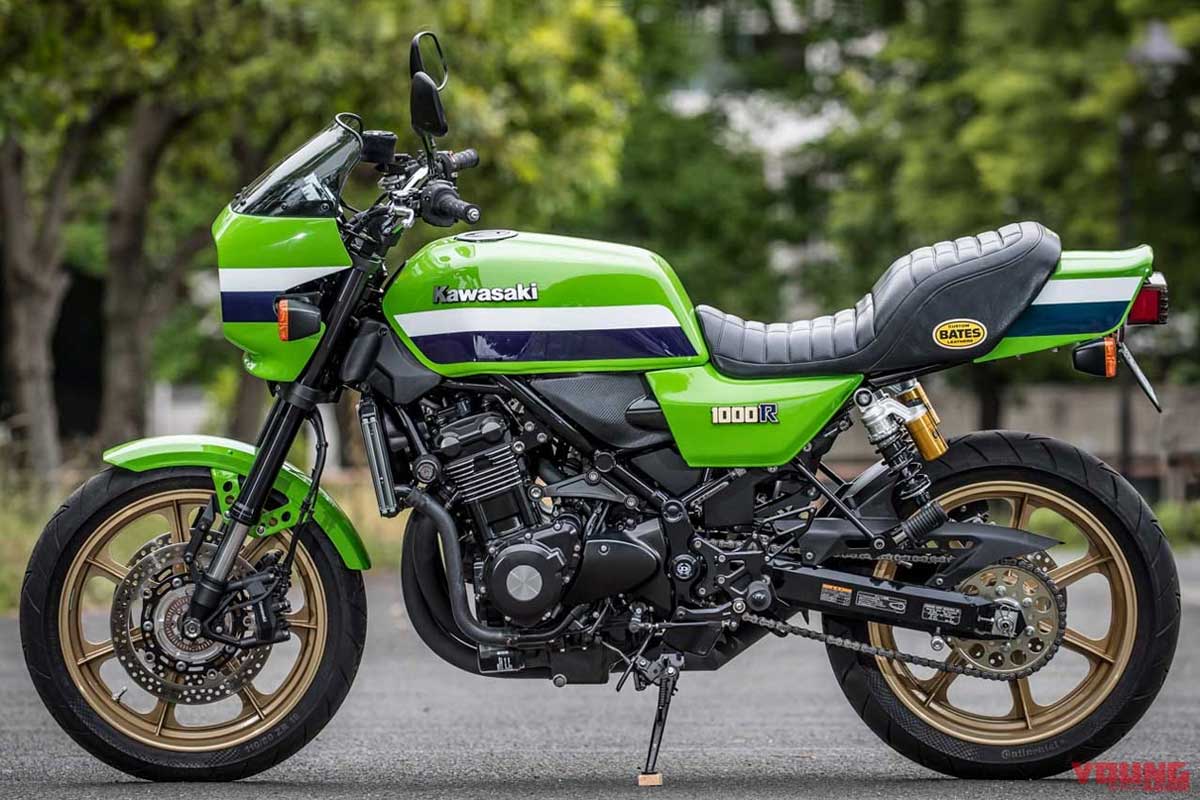 For those who can’t afford an original Kawasaki Z1000R ELR, or simply love the bikes 70s styling, the Doremi kit offers the perfect solution. Converting a Z900RS Cafe into a Doremi Z1000R starts with a fuel tank conversion. The Doremi unit is a direct replacement for the original tank and utilises the stock fuel pump. There’s a drop in capacity from 17 litres to 14 which slims things down considerably for a convincing recreation. Sitting over the steel fuel cell is an FPR tank cover that’s a dead ringer for the ELR’s coffin-shaped tank. The front cowl is an accurate Z1000R reproduction part that bolts in place using a specially designed stay. The tail and side covers are FPR too and attach using the stock Z900RS Cafe mounts. 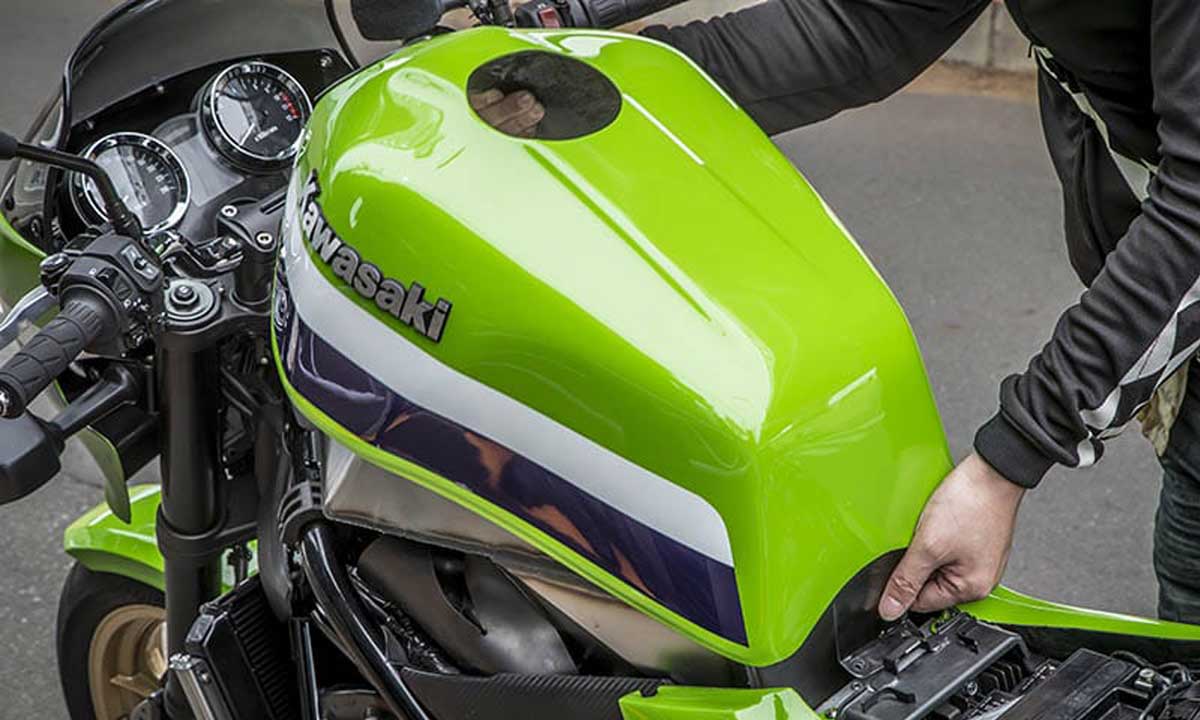 Taking further inspiration from the original Z1000R is a Bates style, low profile seat. The Lawson look shocks are piggyback Ohlins items and the front fender is a repurposed Kawasaki Zephyr unit mounted using custom stays. To complete the look Doremi dipped into their parts catalogue adding retro mirrors, blinkers and a boxy 80s style tail lamp. The result is a convincing recreation of an iconic motorcycle that’d run circles around its inspiration. 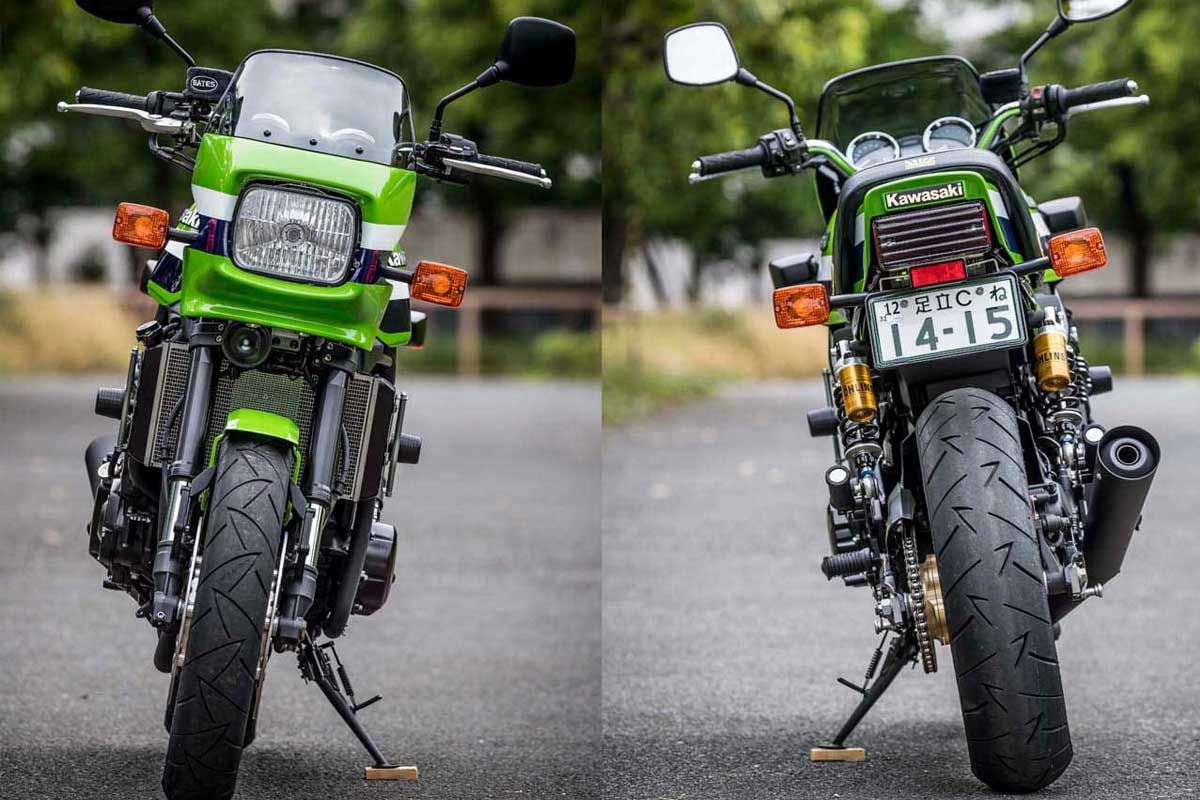 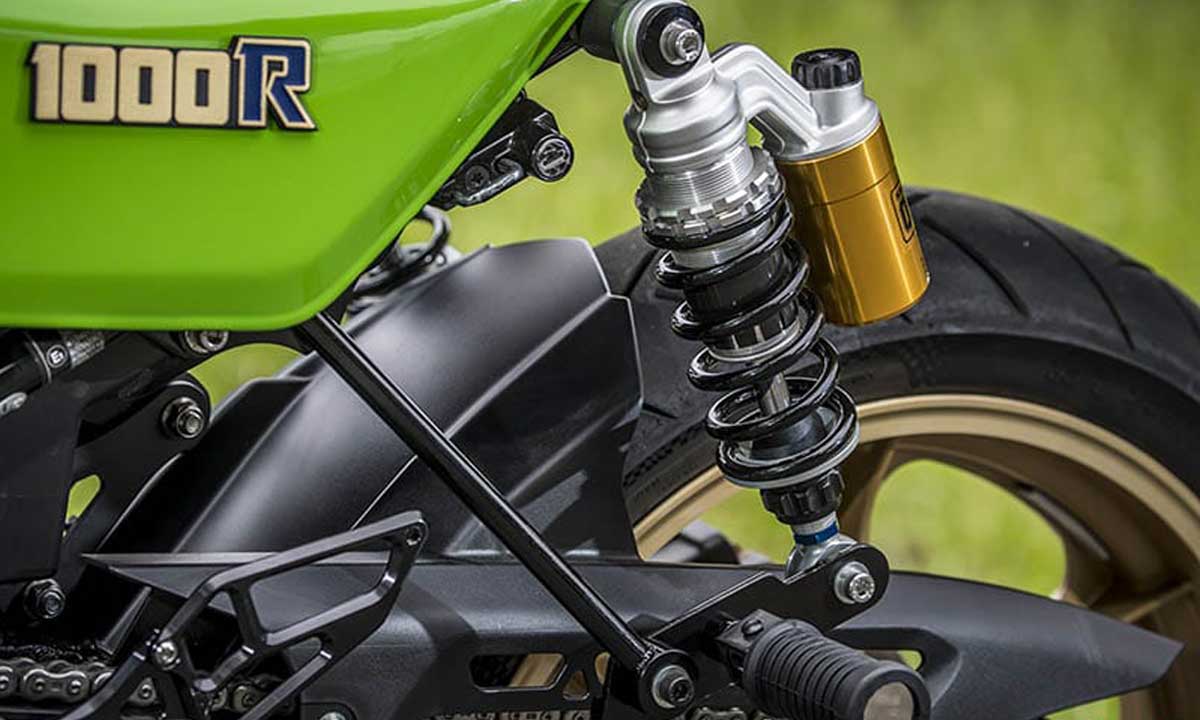 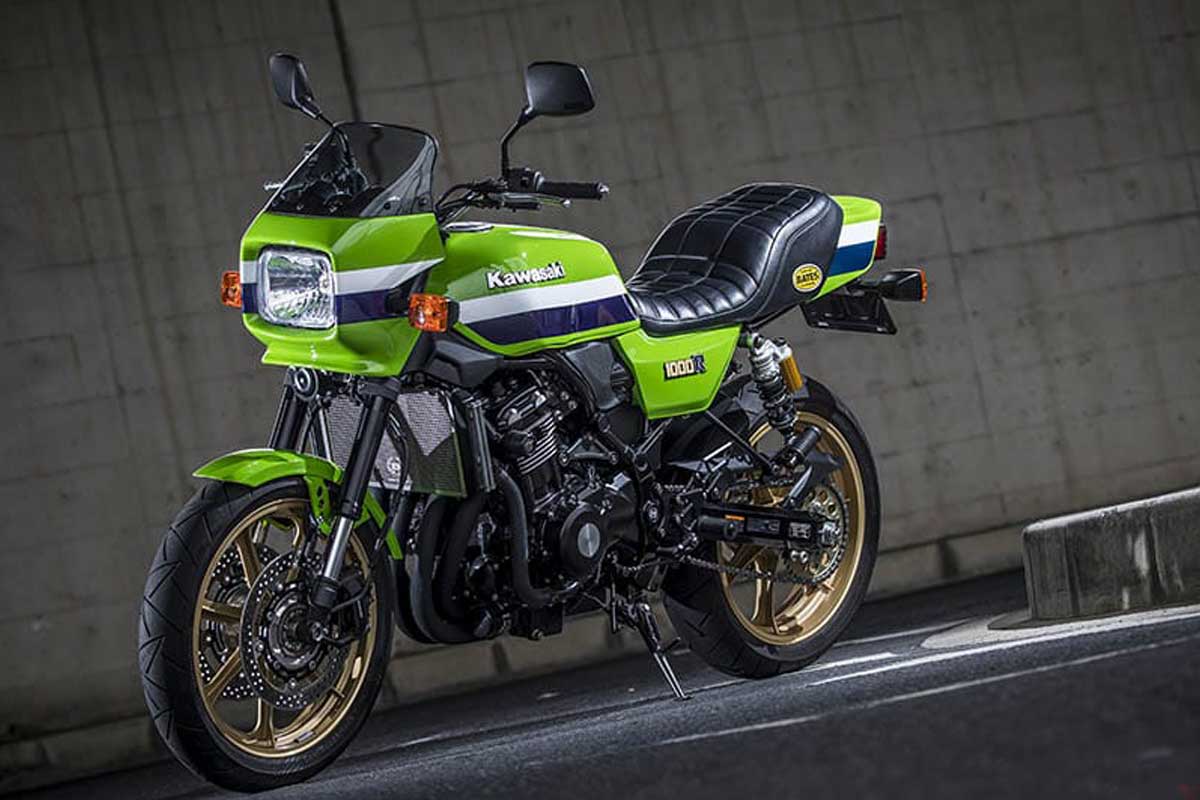 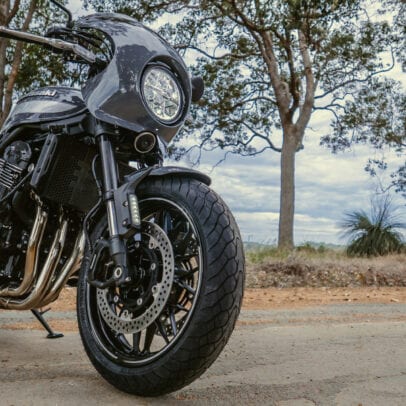