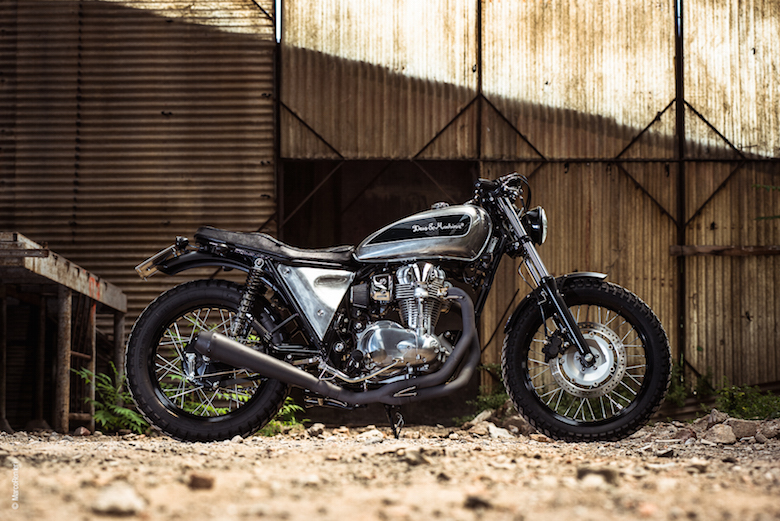 Deus Ex Machina are continuing to expand their footprint by opening flagship stores around the globe. Since their first store appeared in Camperdown, Sydney in 2006 they’ve opened 6 other international locations and although apparel may have become the biggest sector of the Deus business they’ve never lost sight of their beginnings as a custom workshop. Each store has its own team of talented builders who continue to produce great looking custom motorcycles while still retaining that unmistakable Deus style. Out of the Dues Milan premises, otherwise known as “The Portal of Possibilities” comes this latest custom build they’ve coined ‘The Saint’. 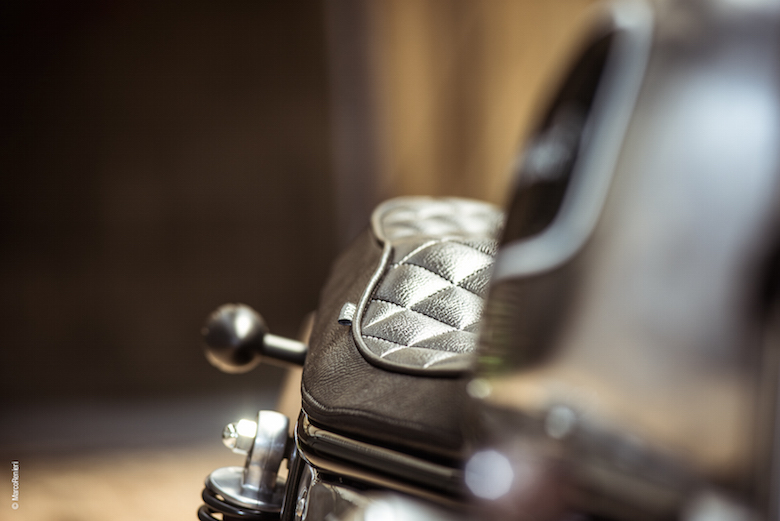 The Kawasaki W series is an old favourite of Deus ex Machina. The 650 version of Kawasaki’s ultra reliable, parallel twin was the subject of many of their first builds and they’ve done everything with it from hardtailed Bobbers to Cafe Racers. When the W800 was released a few years ago I felt that some of the W soul had been lost with the move to Efi and the removal of the kickstarter, but despite this The Saint has a timeless appeal to it. Looking like a bike that would have been at home in Bruce Brown’s original ‘On Any Sunday’ the team at the Milan based Deus have put together a custom that any classic bike lover could appreciate. The Saint was built for one of the heads of the Deus Milan store, Santiago, who despite being a long time bike lover and rider was yet to own a custom. Looking back over the Deus portfolio it was the blacked out,  “Le Gicleur Noire” that appealed to him the most so it was decided this would be the template for the build, however it would need modifications to suit Santiago’s personal style. 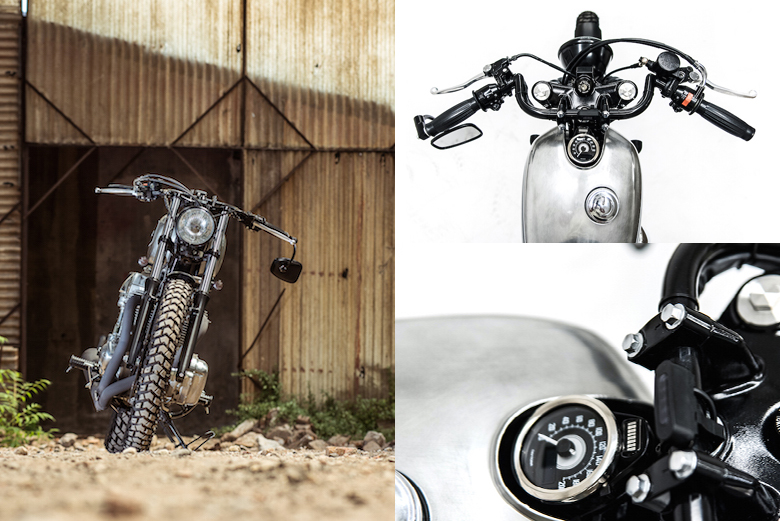 The build began with the customary removal of superfluous parts to start the custom work on a blank canvas. Next step was to slim the bike down by adapting an original Yamaha SR tank, positioning it on the backbone of the frame to follow the curve of the cylinder heads and fuel pump was integrated to work with the bikes fuel system. To keep the handlebars looking clean a Daytona Velona speedometer was then mounted where the SR oil filler would usually sit at the top of the tank tunnel. A set of clubman style bars came next with with classic Beston style grips and a single low slung clubman mirror. 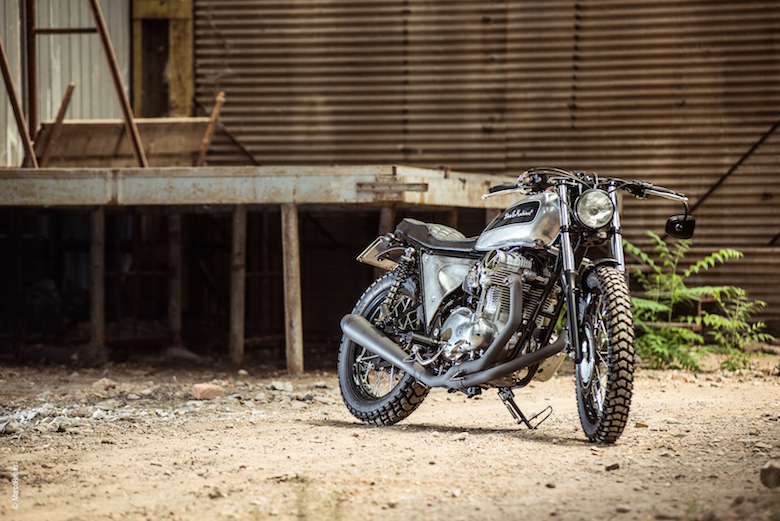 With the factory 2-into-2, chrome exhaust system gone a new, blacked out, 2-into-1 unit from SC-Project was added along with a set of new black rims wrapped in chunky rubber. To continue the  Tracker styling the bulbous airbox covers were replaced by hand shaped alloy plates with indents to allow the fitment of K&N pod filters. High mount fenders were also added to clear the rubber and all new lighting added to the front and rear. 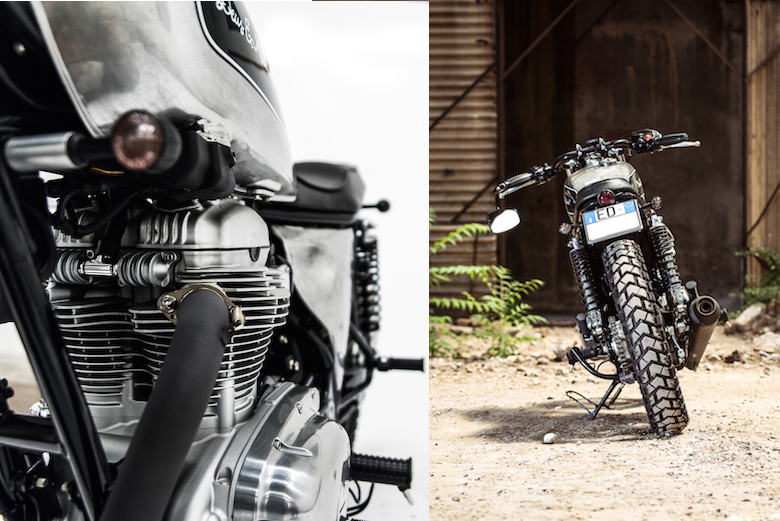 The Saint was finished with the addition of a custom made seat and a slick paintjob by Kaos Design in Milan. If you happen to pass by ‘The Portal of Possibilities” chances are you’ll spot it parked out the front where Santiago admires it from his desk.