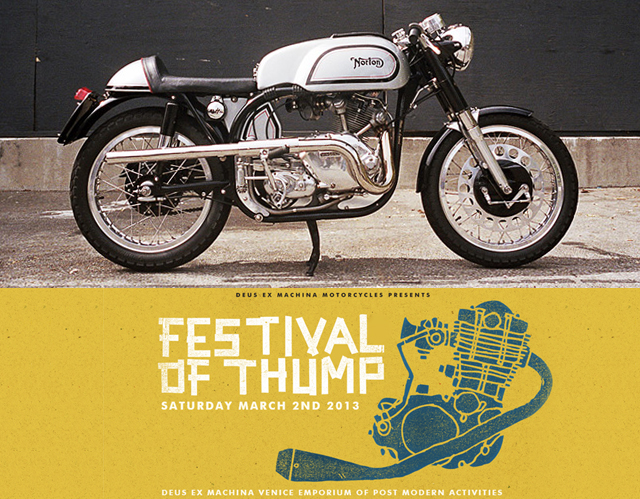 The Deus Ex Machina 2013 “Festival of Thump” has just been and gone at the Deus “Emporium Of Post Modern Activities” in Venice Beach, California. As Always Deus put on an incredible show and managed to attract enough motorcycles to fill their car park and enough people to fill the space in between them.  Here’s some Festival of Thump footage, words and photos from the Deus crew…

A thumper is a motorcycle with a four stroke, single cylinder engine. It is called a thumper for the sound it makes. It goes thump, thump, thump. We like them because they’re lightweight, torque-y, easy to maintain, and make that sweet sound. Thump, thump, thump. There’s a whole community of folks who like them, a whole world actually. 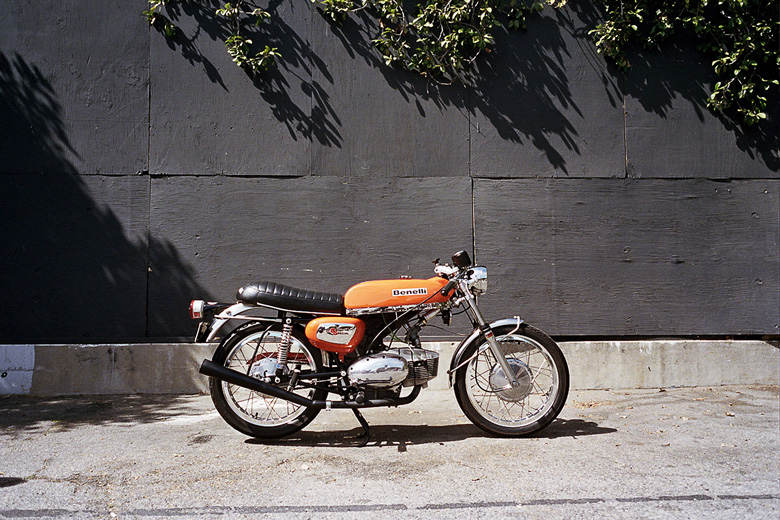 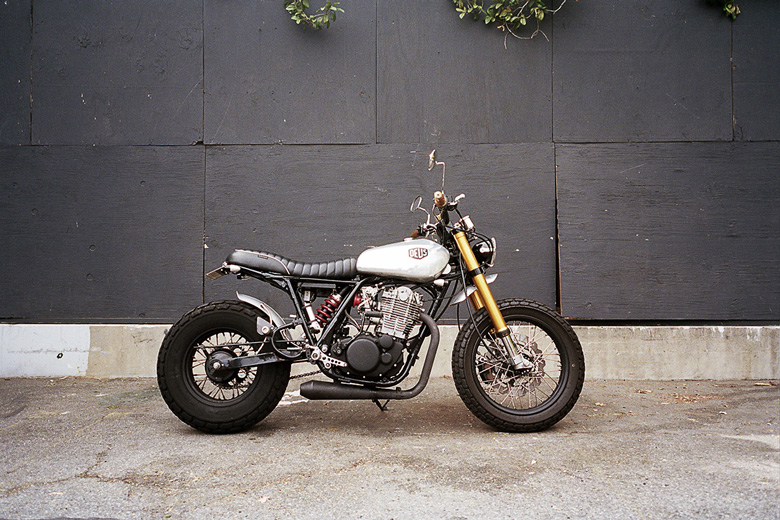 So when our first thumper enthusiast arrived at 10 am, telling us he had just jumped a flight from Seattle expressly for our event, there was a feeling of “oh shit this better be good” combined with “oh shit this is so good ALREADY.” 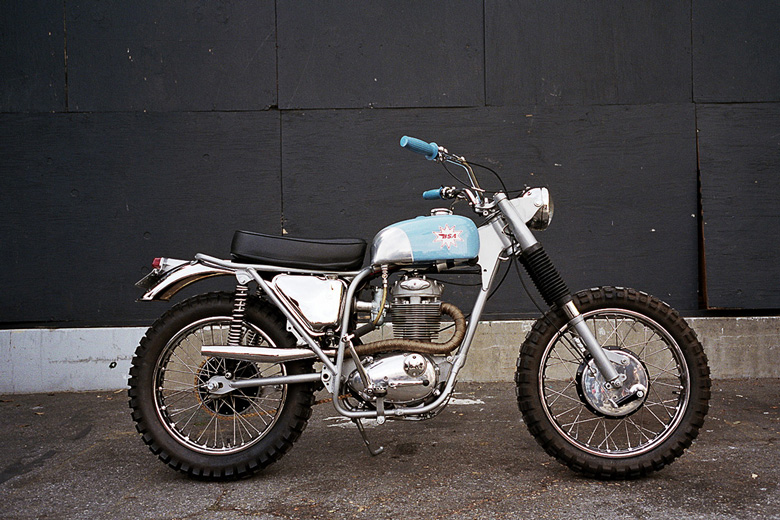 Then the bikes started coming. Specimens from around the globe—England, Italy, Japan, Germany, Austria, India, America—found their way into our parking lot, and were each given their own personal red carpet moment to crank over their engines and apply some throttle. Then more bikes showed up. 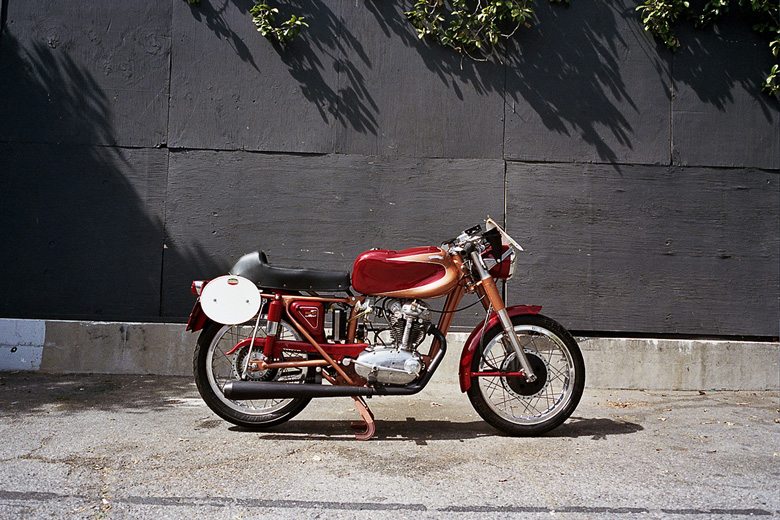 Gerry Hickman, who raced the Isle of Man in ‘47, ‘48, and ’52 brought his factory works Norton Manx, taking home the prize for Best Factory Racer. Then even more bikes arrived. Best custom build went to Orsi Villacorte, Ana Lorrente took home the prize for Best Factory Original with her cherry Norton, and the award for Unbridled Enthusiasm went to Bixby Moto. The bikes were insane. The camaraderie was strong. The thumpers had their day. Apologies go out to our neighbors for the noise.

This could be the start of my own infatuation with single cylinder motorcycles. 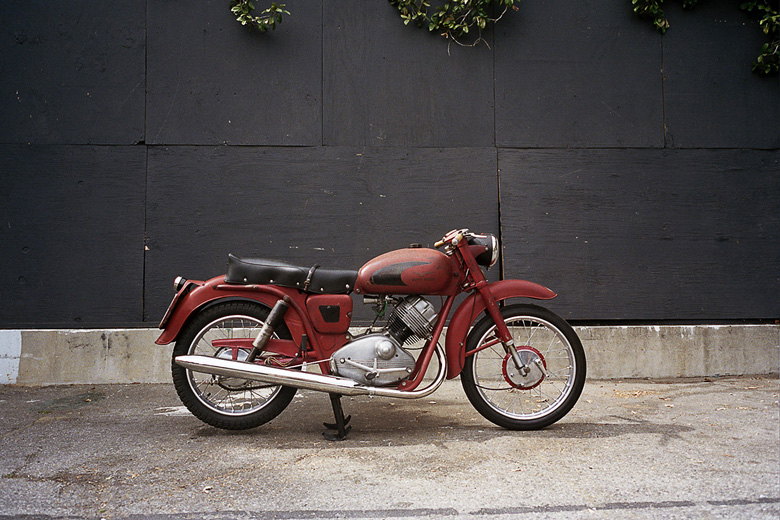 Check out more awesome photos from the event over at The Mighty Motor. 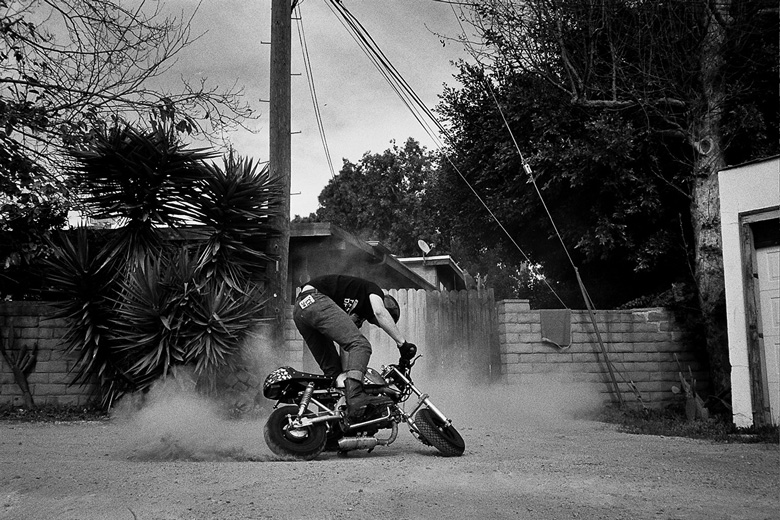