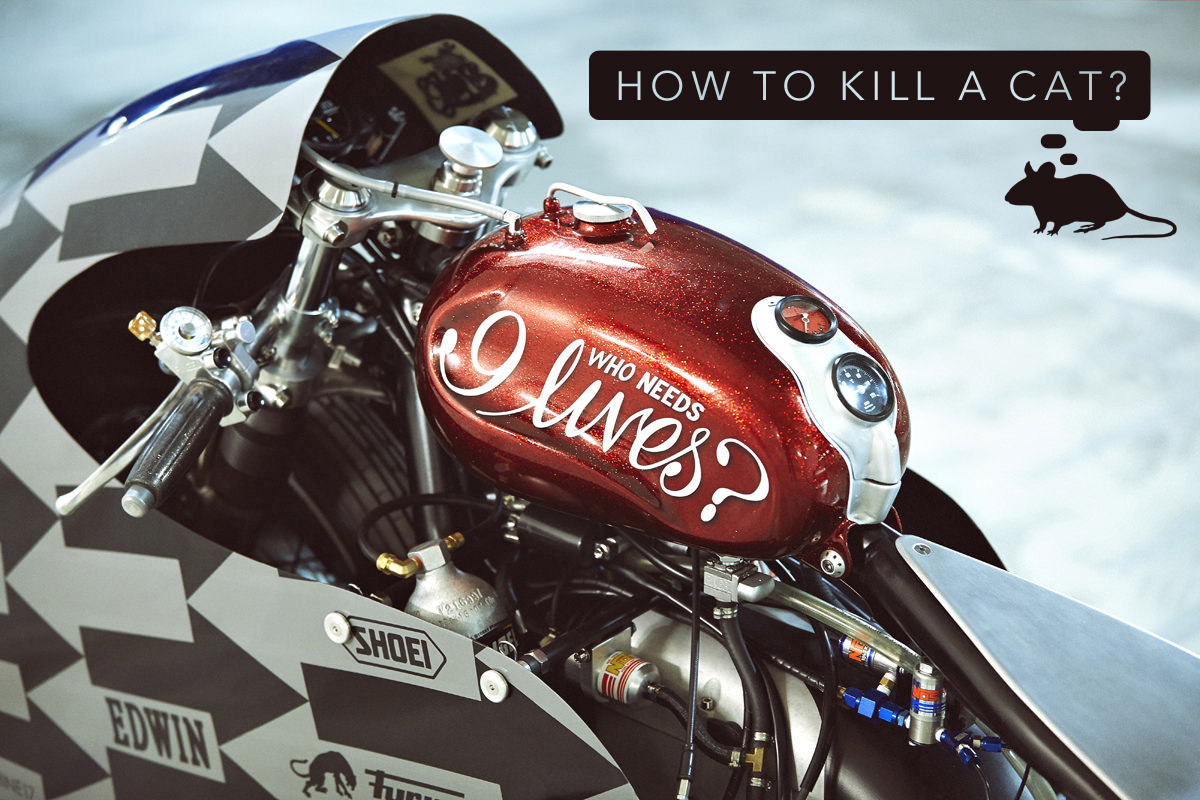 The 8 challengers have built an eclectic mix of high powered customs from a full faired, blown Buell to a stripped down, speedway style Jawa, but none of this seems to phase Séb who has accepted the challenge on his facebook page saying ” Super happy to face some new, talented and exciting challengers for a special sprint during Glemseck 101 next week!”.

The 8 builders will first battle it out in elimination rounds until only one victor remains. The winning bike will then be lined up alongside of the Sprintbeemer for the chance “Kill the Cat” and lay claim to this years fastest classic and custom in the over 1000cc class at Glemseck 101.  Here’s the line up… 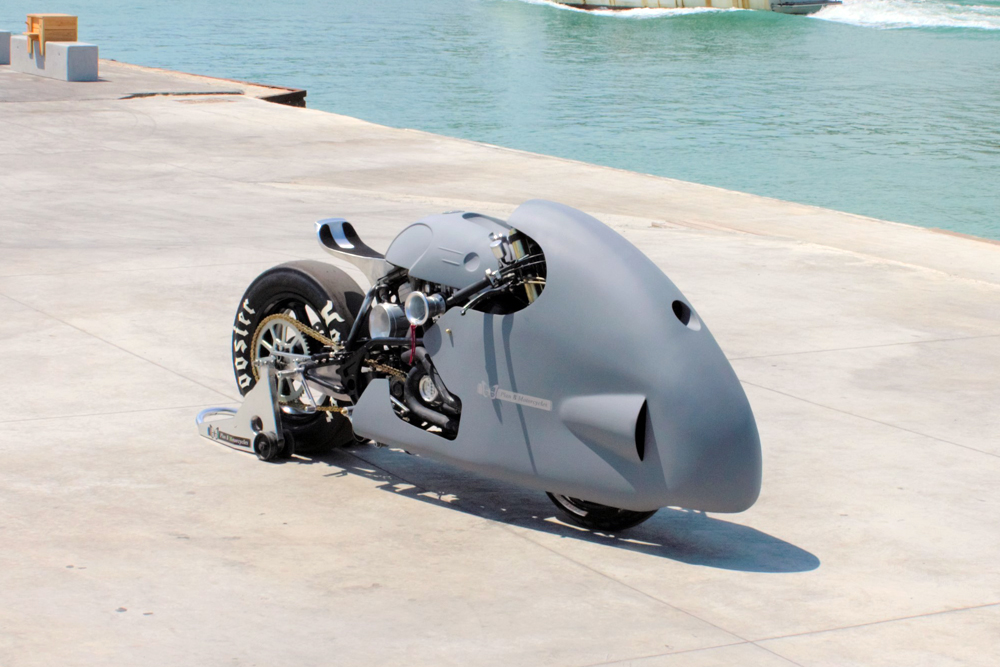 Along with seeing the Plan B Cherry Salt in action for the first time at Glemseck 101 it’ll also be sporting it’s new paint job which we’ve seen teasers of appearing online over the last couple of weeks. Powered by a naturally aspirated, hotted up Buell 1203cc motor this bike is both a contender for best looking and cat killer.

Reducing weight was the top priority with this build so the new fuel tank and monocoque style seat/tail are constructed from aluminium. The tank also features large top recess and a narrow profile to allow its rider to tuck in behind the dustbin style fairing to reduce wind resistance. 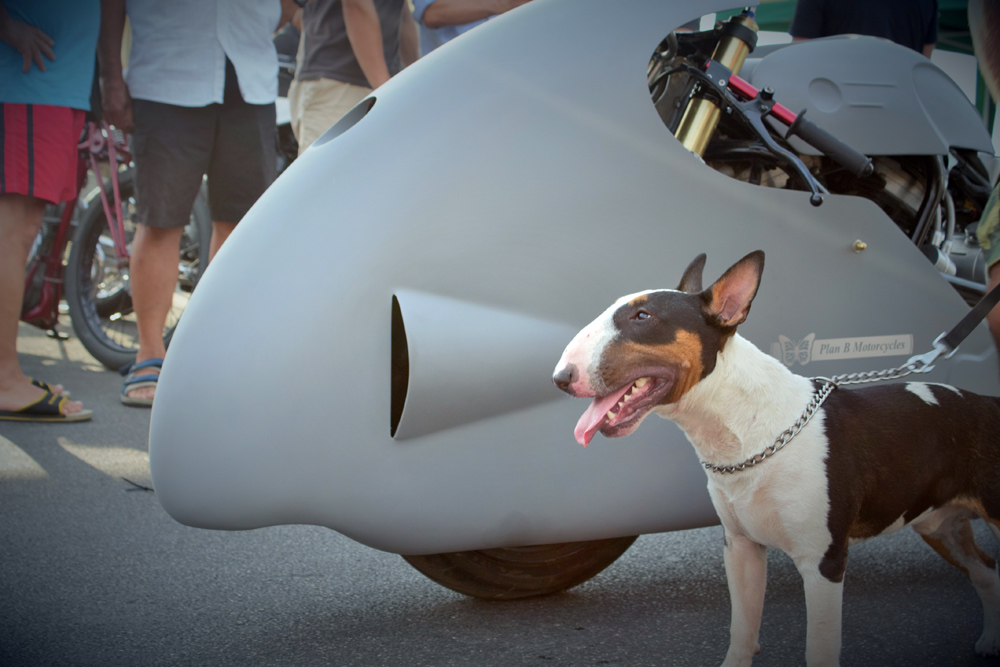 Created especially to challenge the Sprintbeemer the Young Guns Speedshop Moto Guzzi certainly looks the part. Dubbed ‘Ferdinand the Sparrow’ the bike was put together over 5 short weeks and features a ’71 Le Mans 1 frame running an ’07 Guzzi Norge block.

You can read more about Ferdinand the Sparrow on Ninety Nine Co. 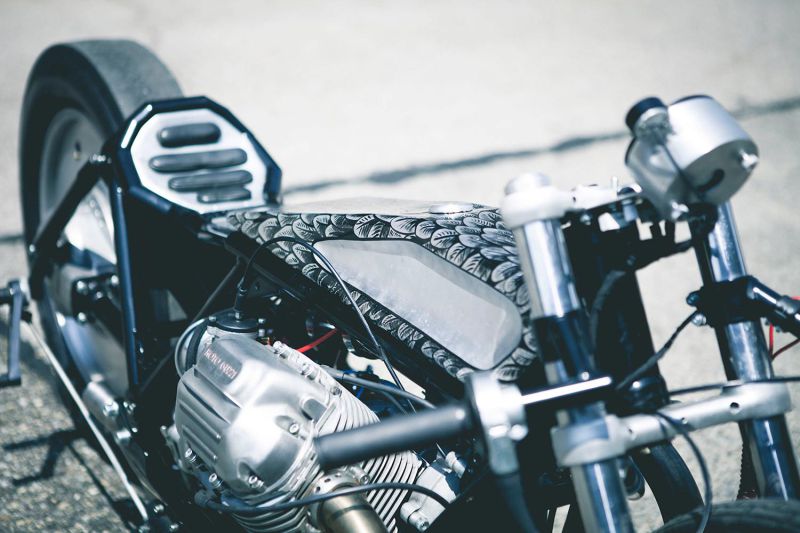 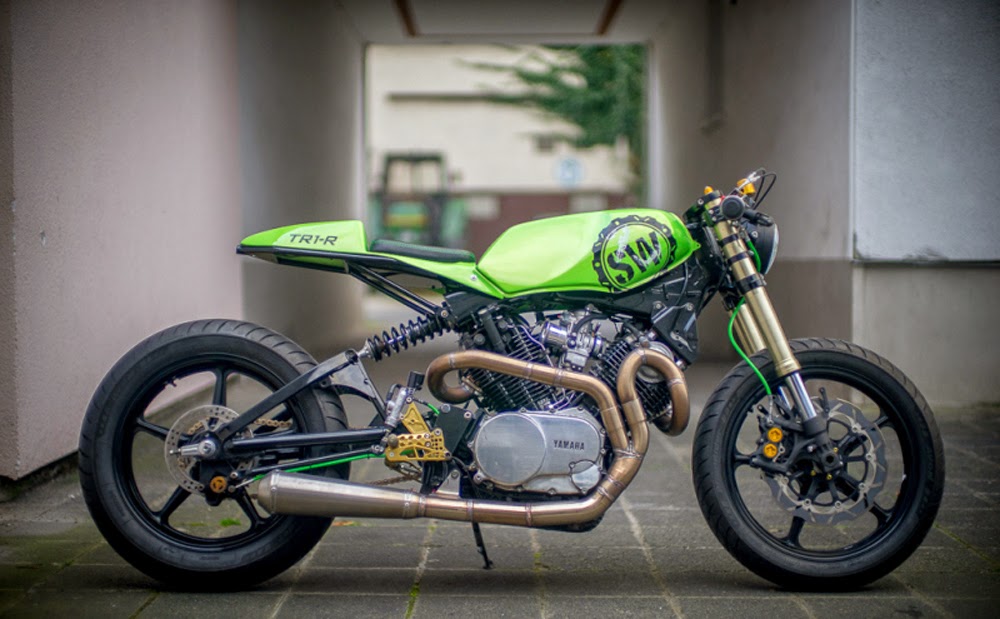 Details have been hard to come by for this beauty, but what I can tell you is that it’s powered by 1100cc of finely tuned Yamaha technology. The TR-1 R “Skinny Beast” looks more like a street bike than some of the other competitors, but that doesn’t mean it’ll be any slower. 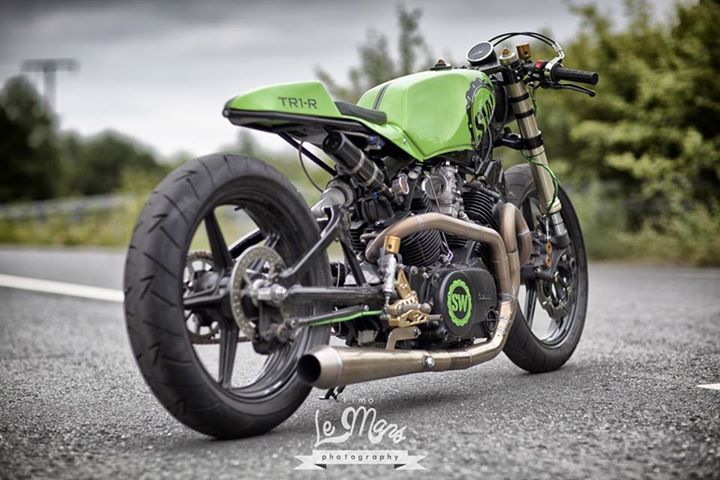 VTR Customs describe their ‘Polizia’ RT80 BMW as “slightly modified”, but I’m willing to bet that’s an understatement. This bikes been to the Glemseck 101 Sprint races before and VTR Customs are well aware of what it’ll take to beat the Sprintbeemer. 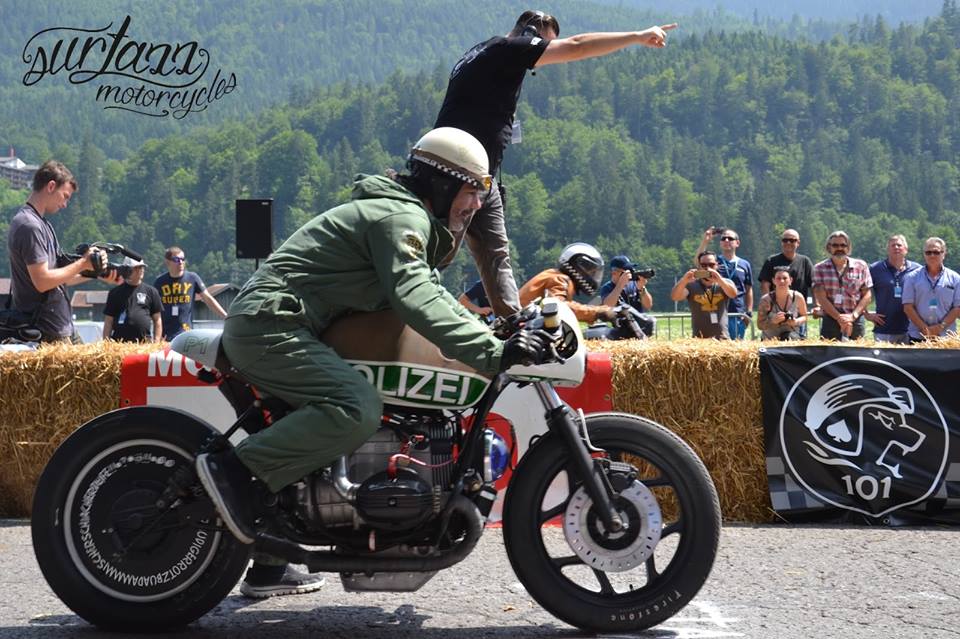 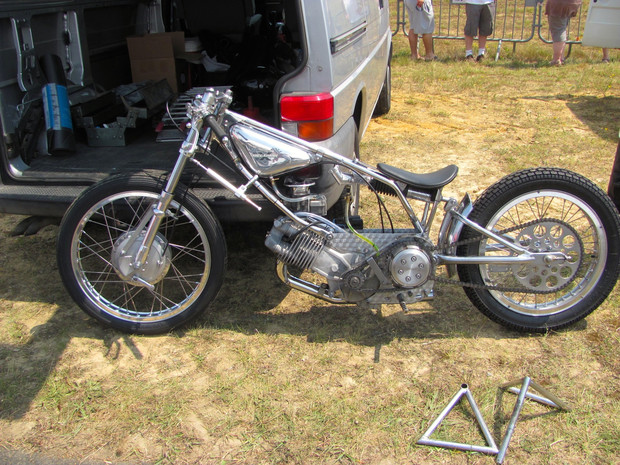 Mecatwin may be better known for their Triumph builds, but this Jawa will be a force to be reckoned with during the sprints. Mecatwin head honcho Franck Depoisier raced this bike recently at the ‘Festival Café Racer’ in Montlhéry and it laid down a 7.9 second run over 200 meters. Not bad, not bad at all…
MECATWIN 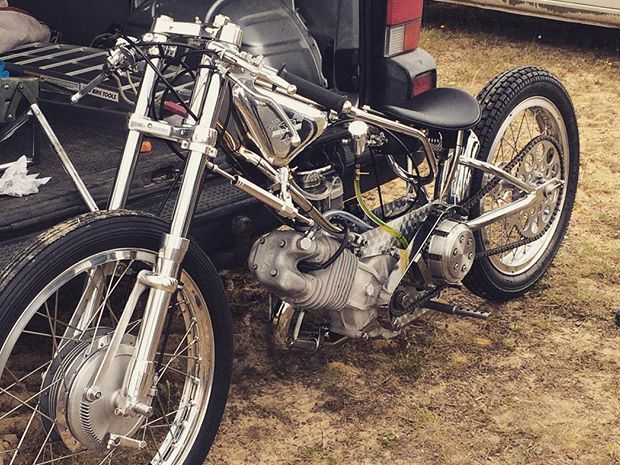 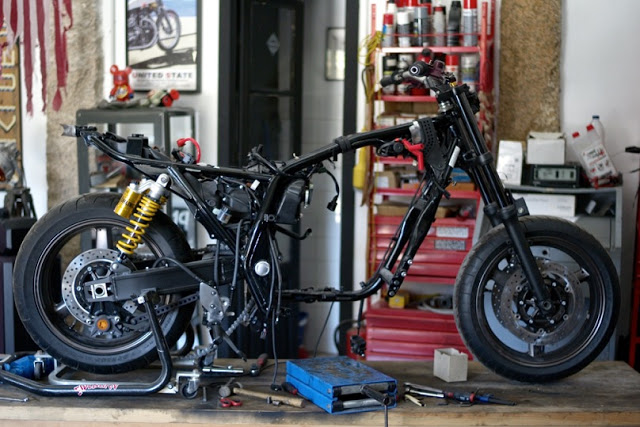 Those crazy Spaniards at El Solitario have teamed up with Yamaha to create something truly special to take on the Sprintbeemer. The Yamaha XJR1300 ‘Big Bad Wolf’ will soon be joining the other bikes in Yamaha’s Yardbuilt series of custom builds, but not before it’s proven its straight line ability on the track at Glemseck 101. As you can see from these images El Solitario have been keeping the bikes appearance under wraps, but whatever it turns out like, you can bet it’s going to be weird and wonderful in typical El Solitario style.
Unlike many of the other Yamaha Yardbuilt XJR’s we’ve seen, El Solitario have cracked open this bikes engine and with the help of the Classic Co’ Garage they’ve made a few “tweaks” which they hope will give them the edge over the Lucky Cat’s nitrous sucking Beemer.
El Solitario MC 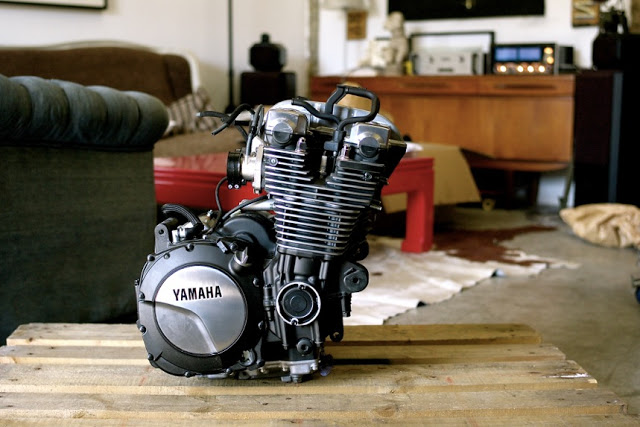 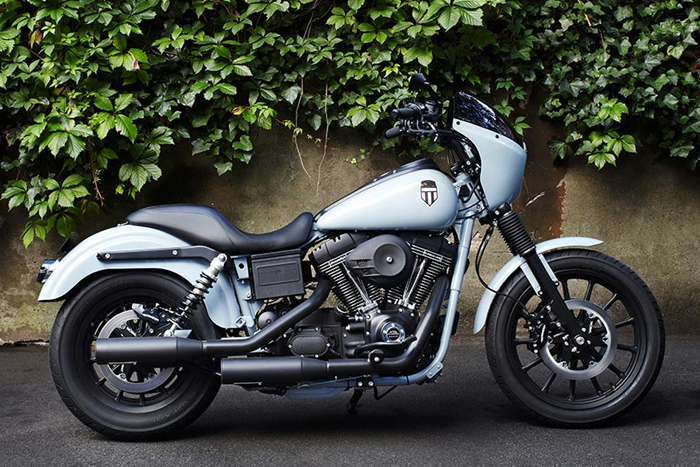 Details on this bike are scarce, but if there’s one thing I know about worked Harley’s it’s that they can be incredibly quick off the line. This FXDX is good for around 140bhp, which will translate into big torque numbers for this bike.

Big torque is a big benefit and I’d be thinking this is exactly what the Kraftrad FXDX has over these other bikes. For a perfect example of this check out the video below… 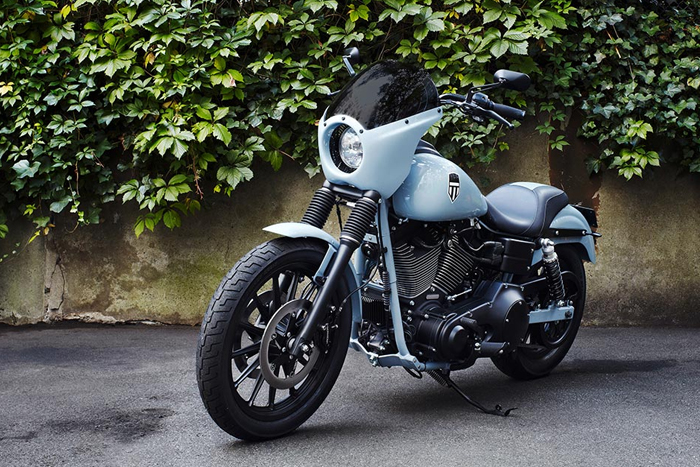 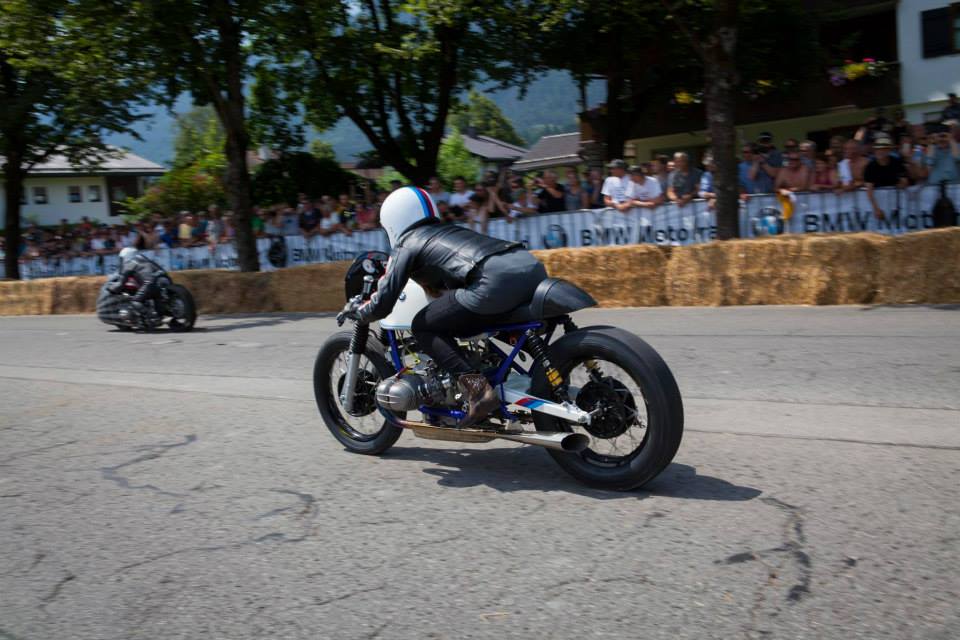 Last, but not least is the Kraftsoffschmiede BMW. All I know is that this bike has some serious race breeding behind it. As you can see from the photo above though, the Sprintbeemer has put it in its place once before and nothing makes a better competitor than one that has something to prove! 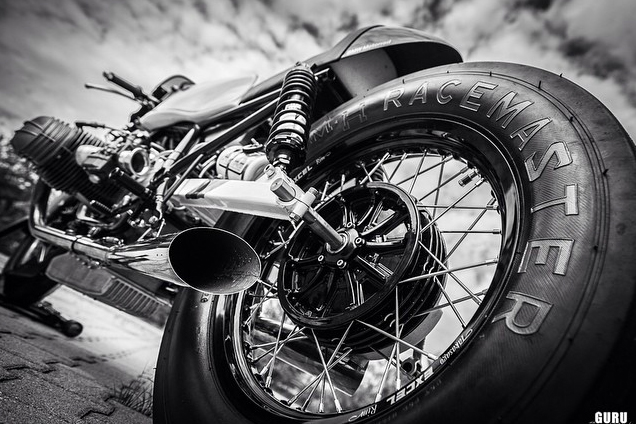 Who do you think will be taking home the title?
GLEMSECK 101 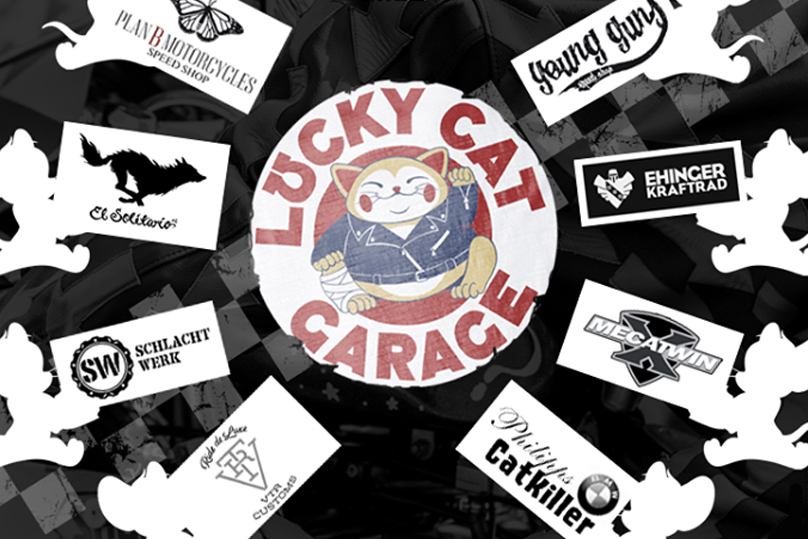 There’s an intriguing rivalry about to take place at Glemseck 101 on September 6. Thanks to its success in previous years the Lucky Cat Garage​ Sprintbeemer has become the bike to beat during the events 1/8th mile sprint races. Séb Lorentz of Lucky Cat Garage has remained unbeaten since his bike first attended the event and 8 combatants have now accepted the challenge to try and knock him off his podium. It’s a challenge that necessitates speed, power and style and it’s going to make for one hell of a show.