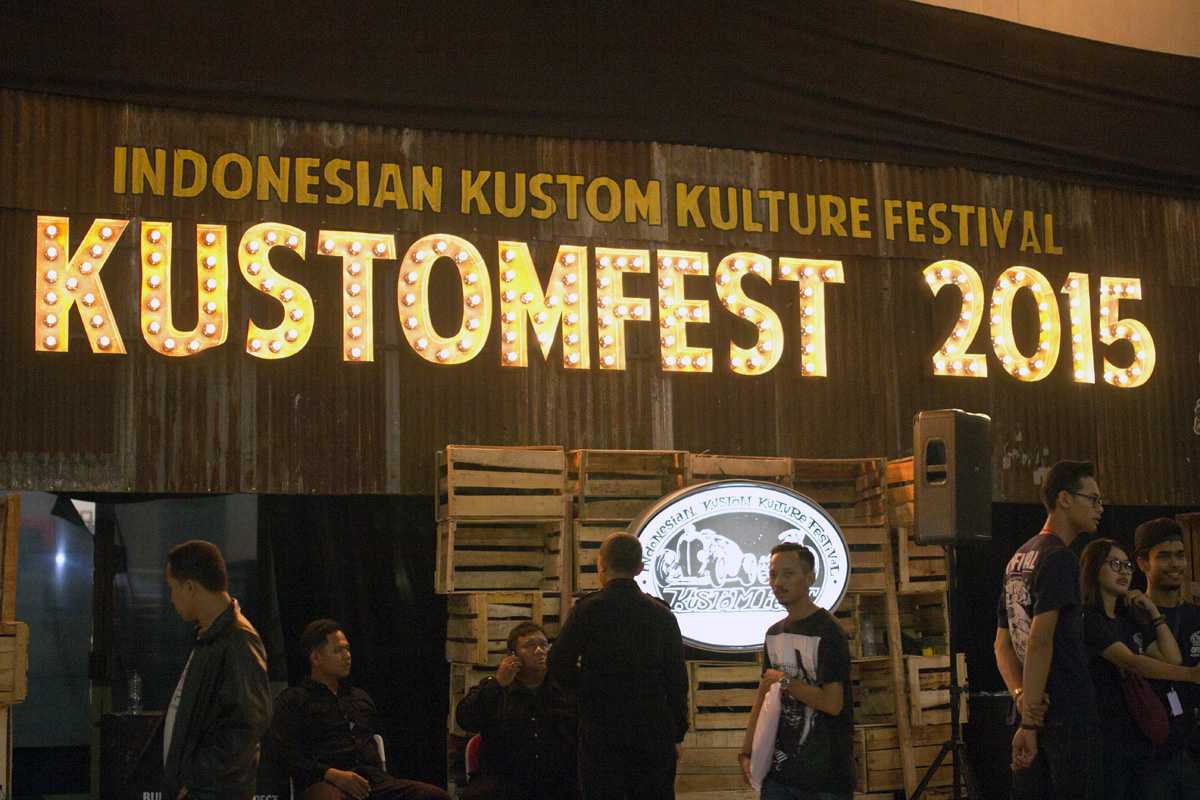 I’m in Jogjakarta for the 2015 instalment of Kustomfest, Indonesia’s biggest custom culture and lifestyle festival. Along with Luke from Fuel Magazine we’re here as special guests for the second year running, which is not only an honour, but also a great opportunity to get another inside look at the incredible Indonesian custom scene. After attending the show last year we knew this year was going to be special, but Kustomfest has once again well and truly exceeded out expectations. 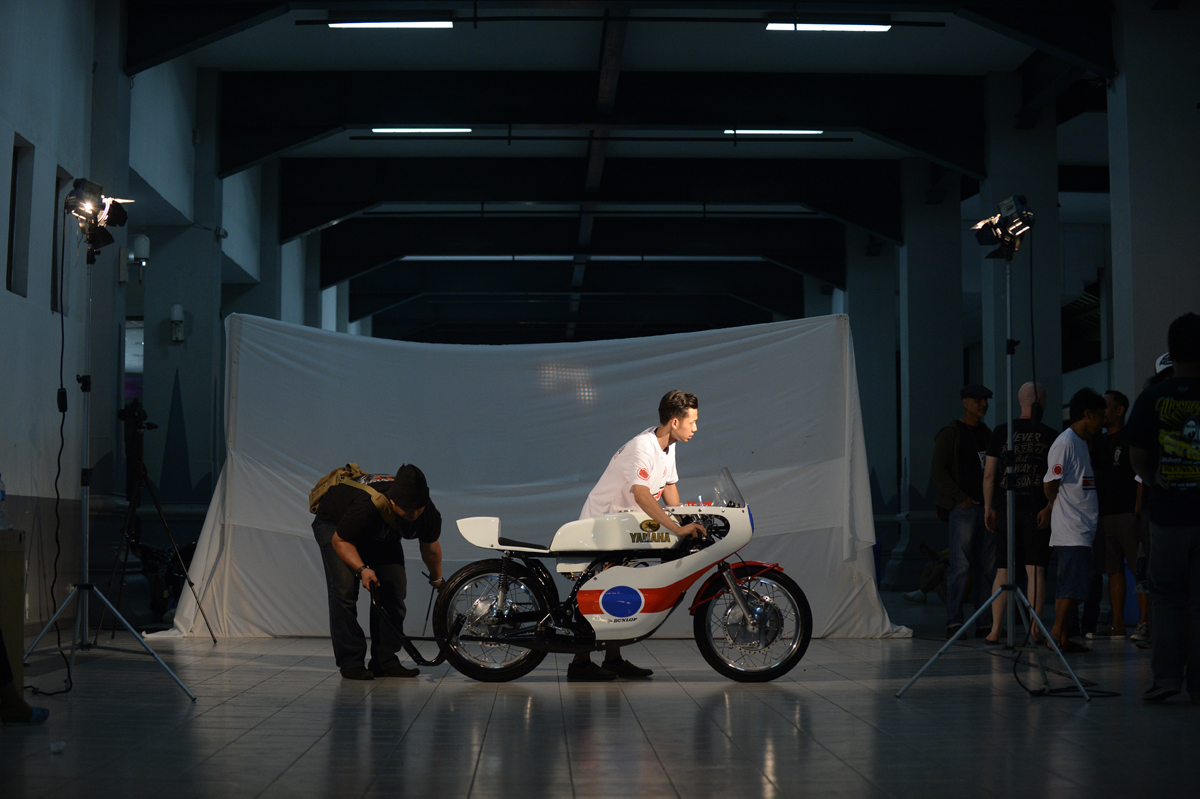 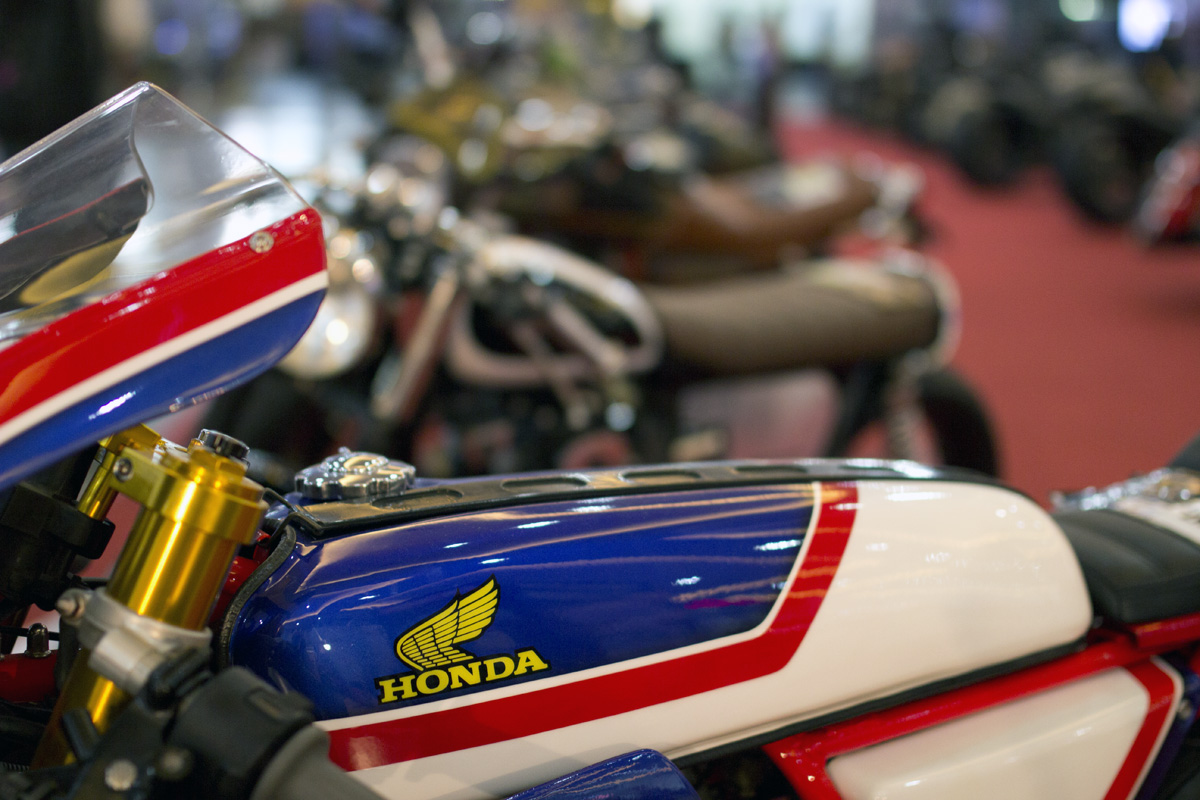 Our first day at the Kustomfest venue involved shooting over 130 of the cars and motorcycles that are being displayed at the show. Yes, you read that right…one hundred and frikin’ thirty in one day, obliterating Luke’s previous personal record of 3. In what I can only describe as loosely organised chaos, we photographed each bike with its respective builder over the course of 8 hours. It was no walk in the park, but seeing all the bikes before they went on display and getting to meet each builder was an awesome experience. 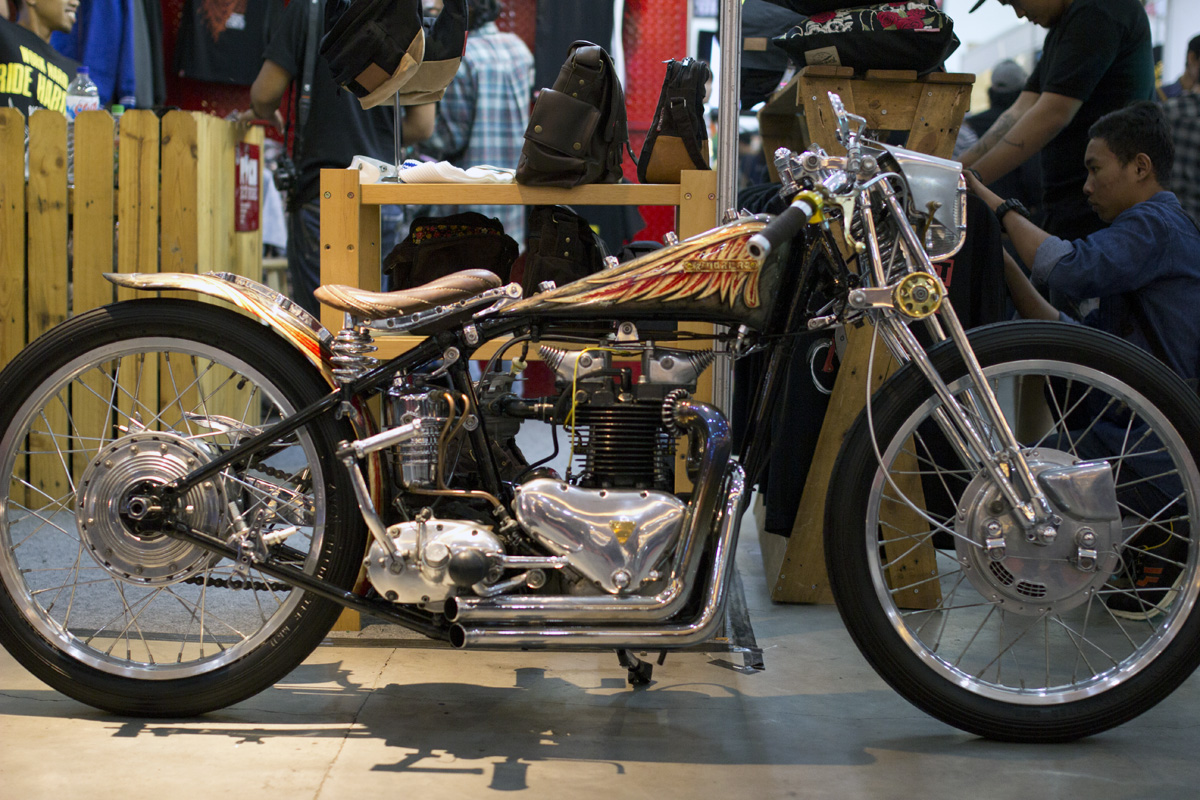 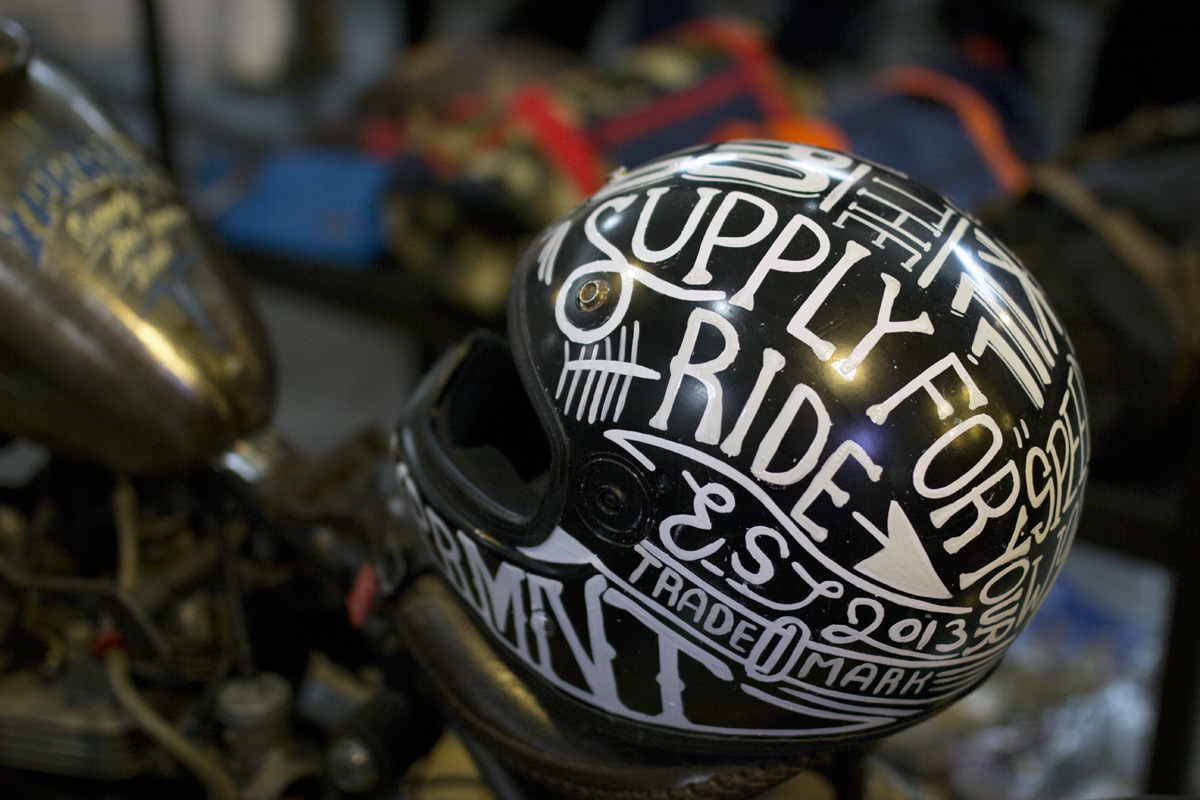 After being invited to this year’s show I’d been counting down the days to get back here. At the 2014  Kustomfest we were so blown away by the quality of the builds that we flew back 2 months later to visit workshops in Bali and Jakarta, which were featured in Tank Moto issues 5 and 6. This year the Indonesian custom community once again served up a smorgasbord of incredible custom motorcycle eye candy and as a special guest at Kustomfest I had the opportunity to award one motorcycles as the Tank Moto ‘Best in Show’ as well as judging the Cafe Racer category. 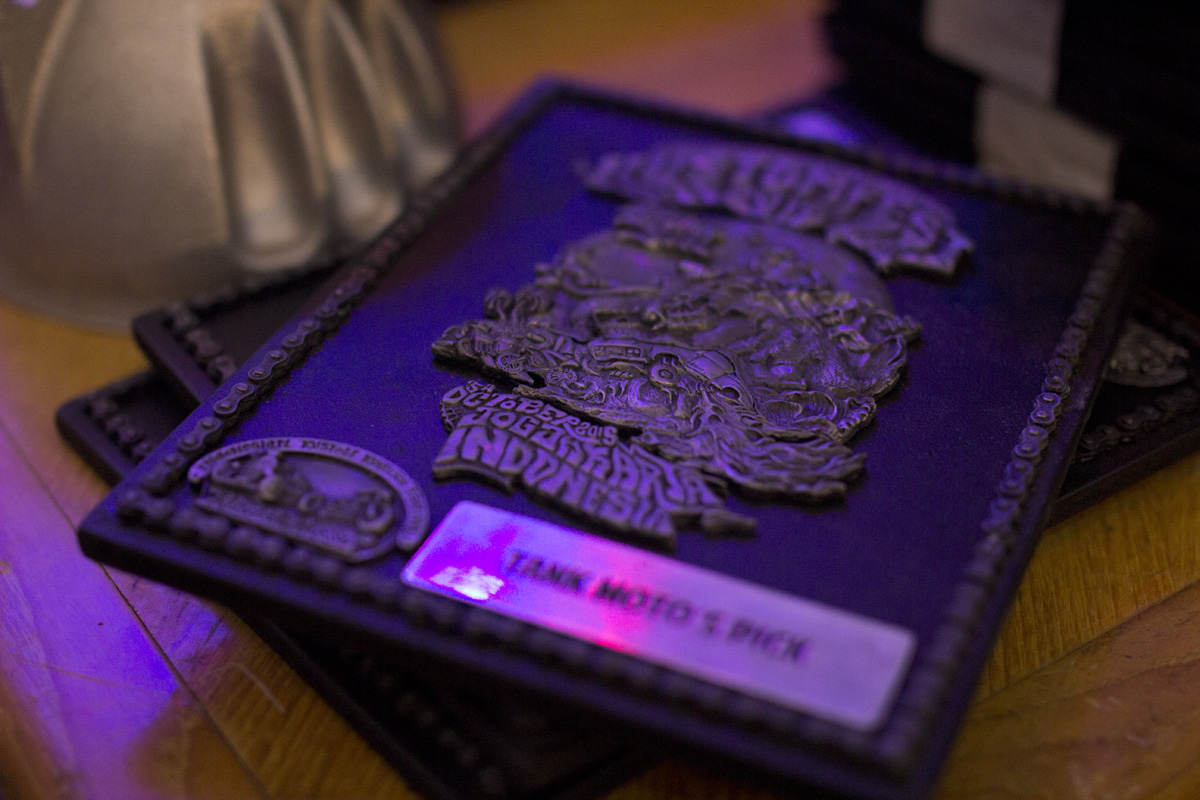 Along with the 150+ custom cars and motorcycles on display we’ve also been enjoying the shows live music, massive tattooing arena, stunt riding, live painting and pin striping, vendor booths and even a traditional Indonesian ceremony. To compare Kustomfest to any other show I’ve attended before would be wrong, because there simply isn’t anything like it. These photos are a very small taste of what we saw, if you head over to the Return of the Cafe Racers Facebook or Instagram accounts you’ll find loads more photos from the show. 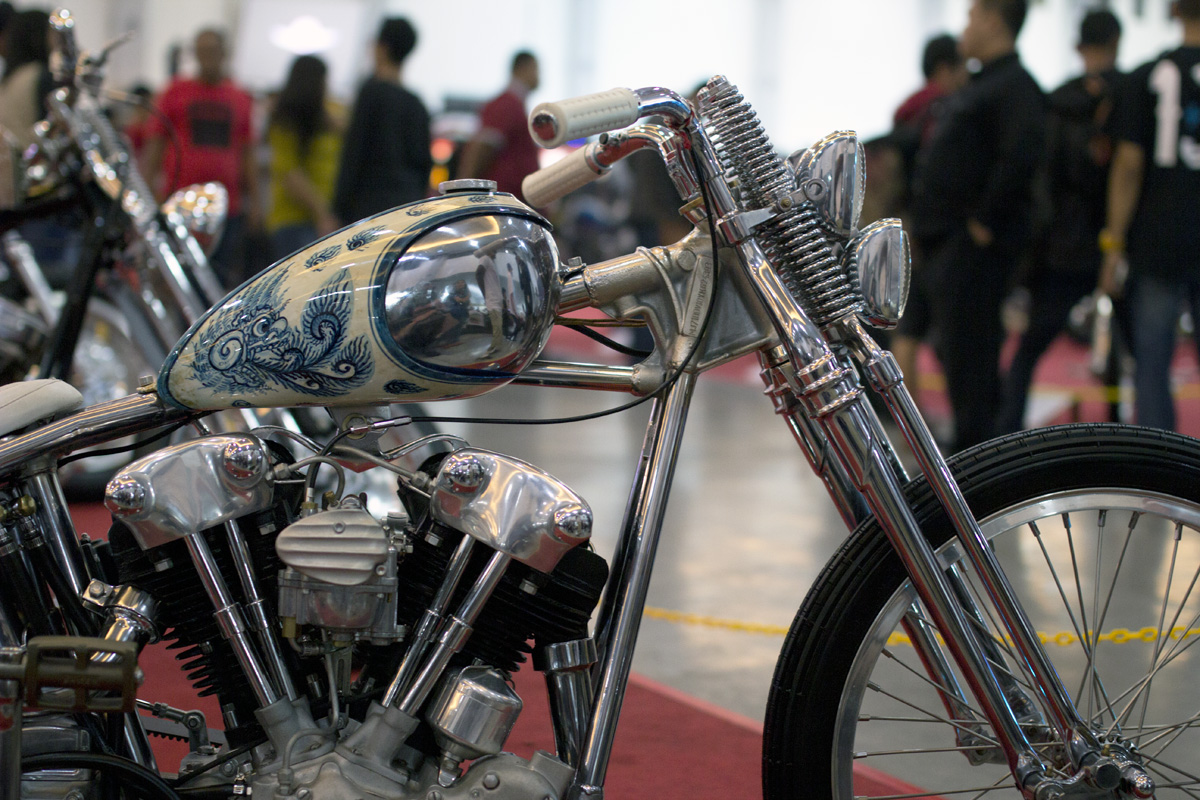 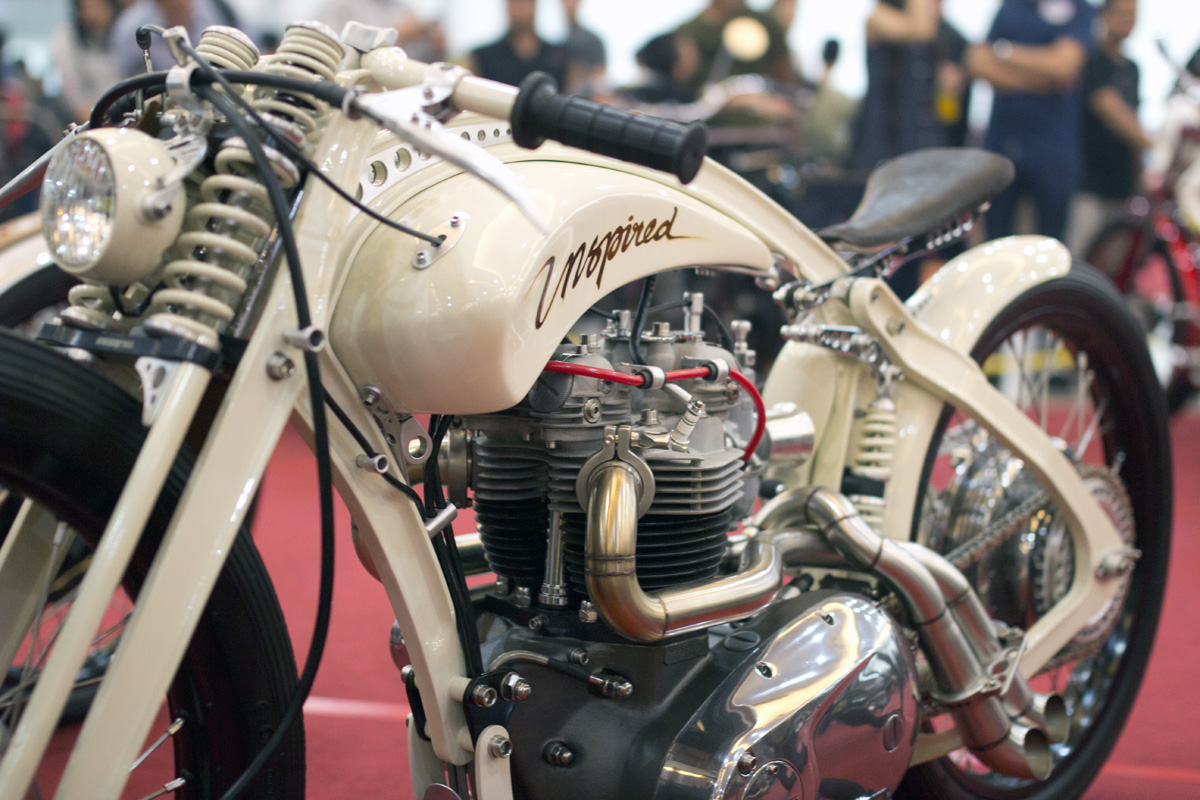 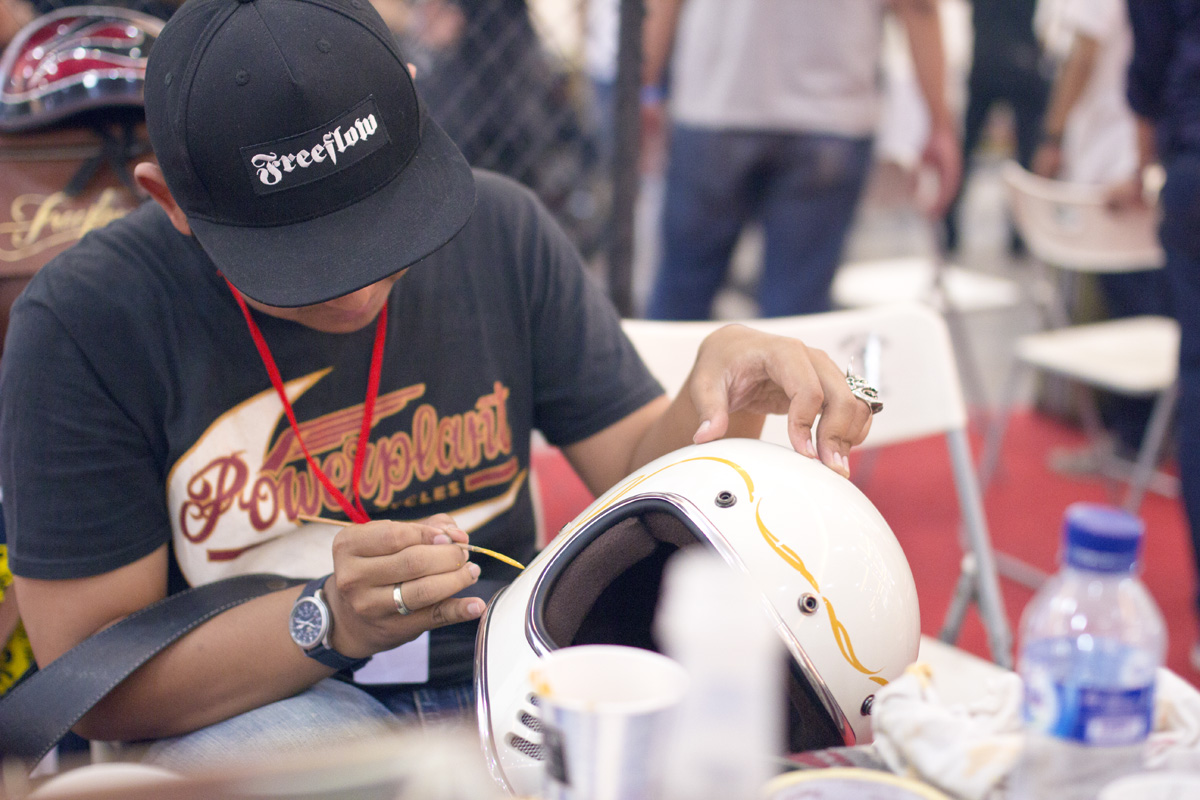 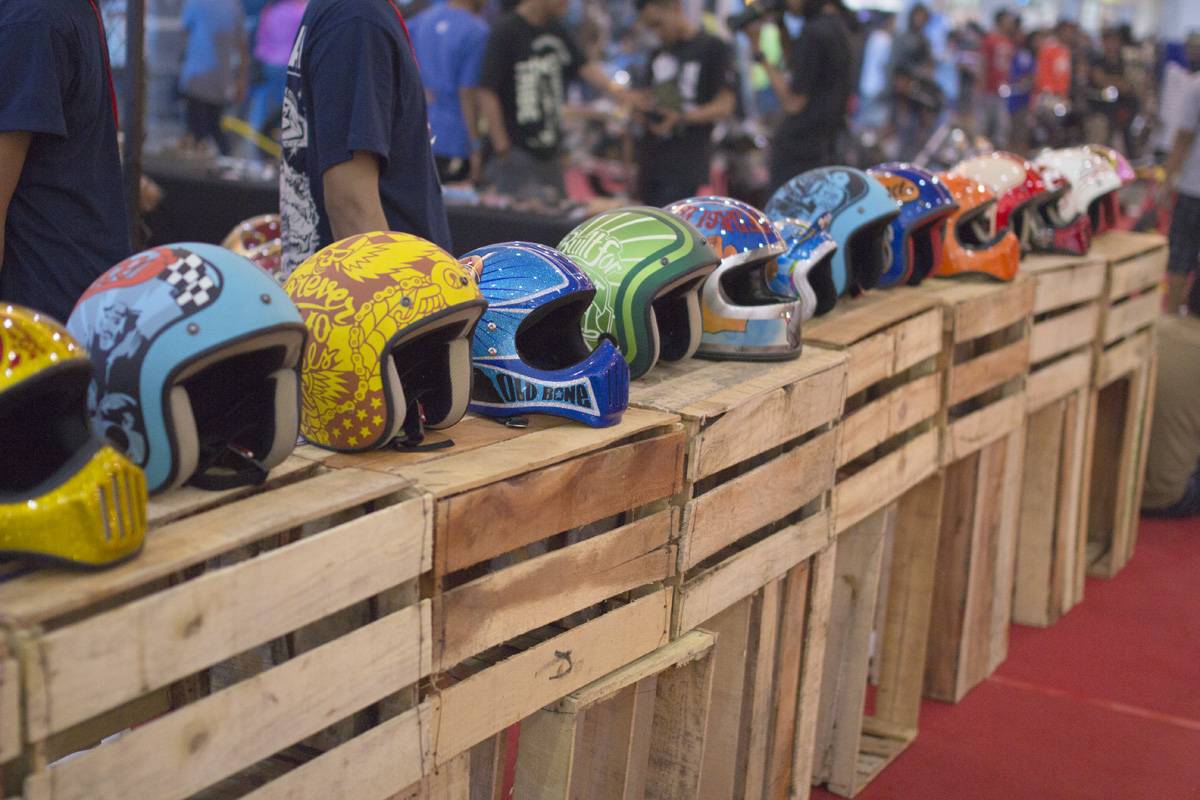 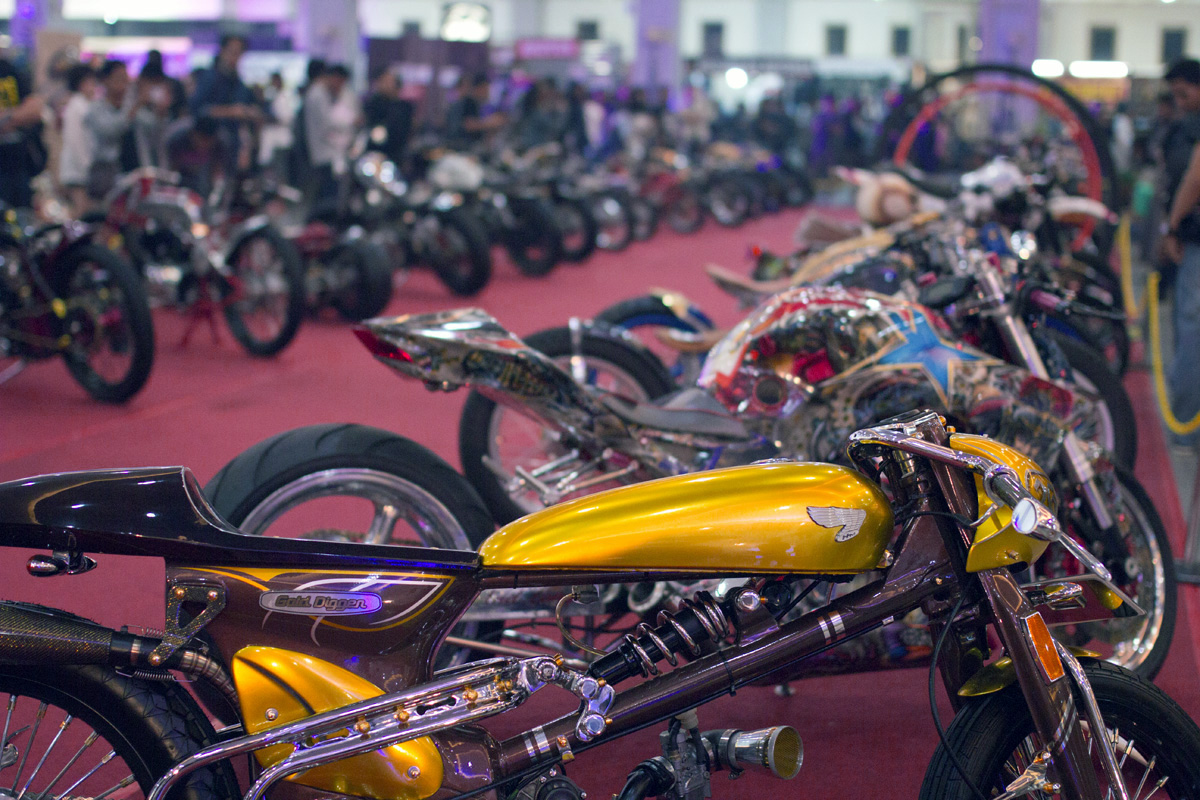 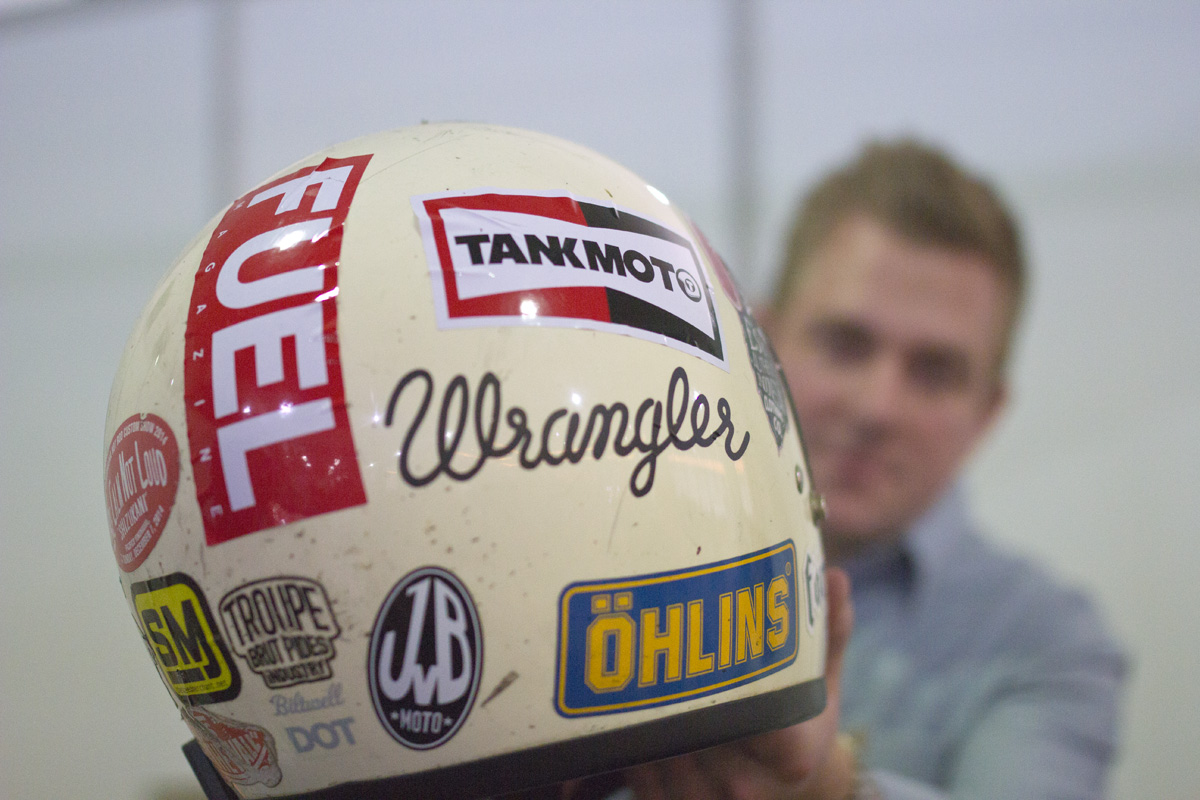 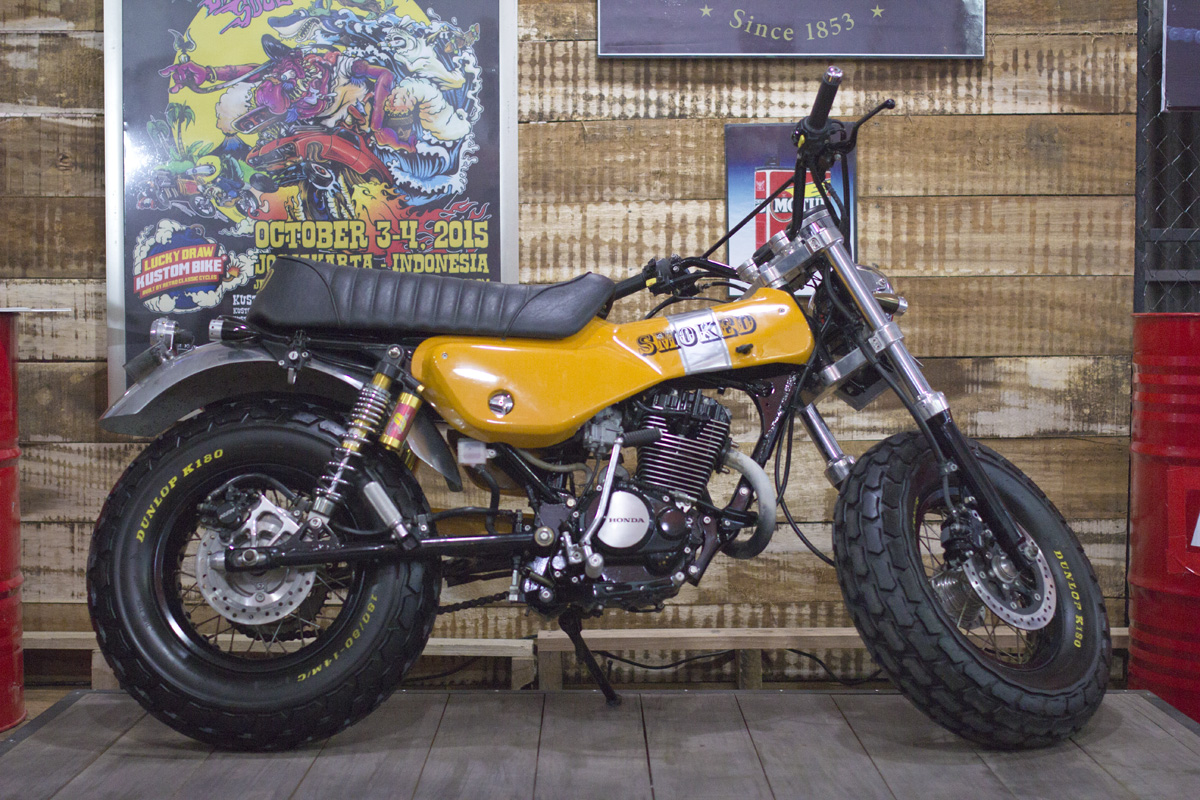