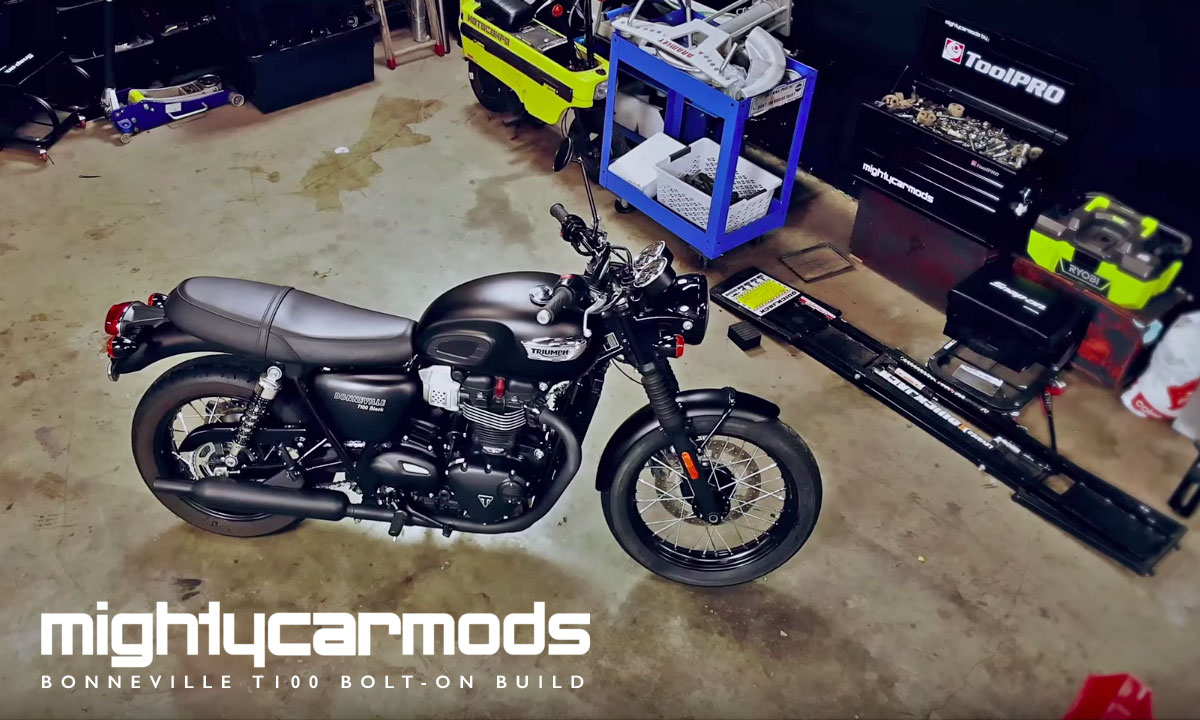 When I’m not obsessing over motorcycles or writing features like this I like to watch people building things on Youtube. This includes cars which lead to me following MOOG and Marty, 2 Aussie automotive enthusiasts who run a channel called ‘Mighty Car Mods’. On their often amusing channel, they usually work on cars (hence the name), but the pair also like to ride motorcycles. For their latest two-wheeled project, they were invited to build a ‘prop’ to appear in a sponsors TV commercial. MOOG had been looking to get his hands on a new Triumph T100 Bonneville so he used the invitation as an excuse to purchase one. In typical MCM fashion, they weren’t about to leave the bike stock. So in this special “Might Bike Mods” episode, the boys go up against a very tight timeframe to turn their standard Triumph T100 into a bolt-on custom Bonneville.

The donor for the build was an already sinister-looking Triumph T100 Bonneville Black. Unsatisfied with just how much black the Bonneville Black wore, the boys fit their T100 with a collection of blacked-out bolt-on bits. They also tightened the bike’s proportions by ditching a few compliance spec parts like the indicators and the exhaust cat. Almost all of the modifications made required little more than removing the stock item and bolting a custom alternative in its place. Triumph aftermarket experts Motone provided almost all of the parts used on this build. The only items requiring anything more than a screwdriver or socket wrench to install were the Motogadget M-Blaze pins. The result is a lightly modified, yet individual custom build that shows just how much you can do with limited tools in a short period of time.

Grab yourself a beer, hit the play button on the video below and enjoy the Might Car Mods Triumph T100 custom build. 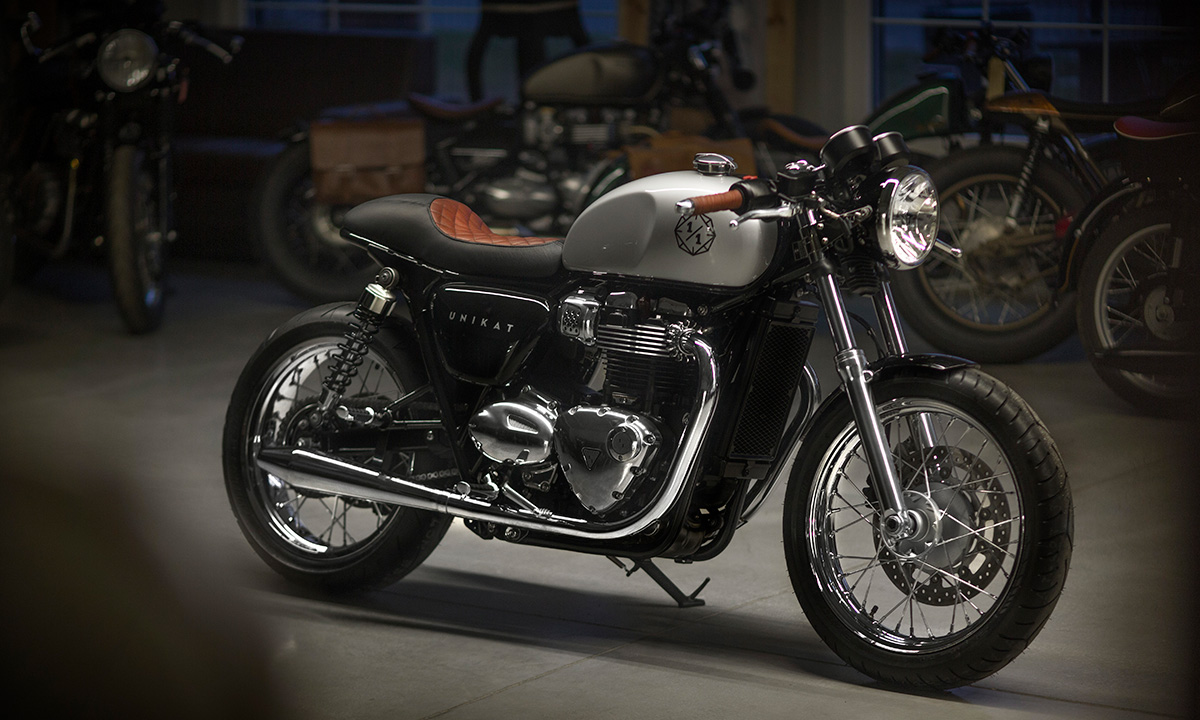 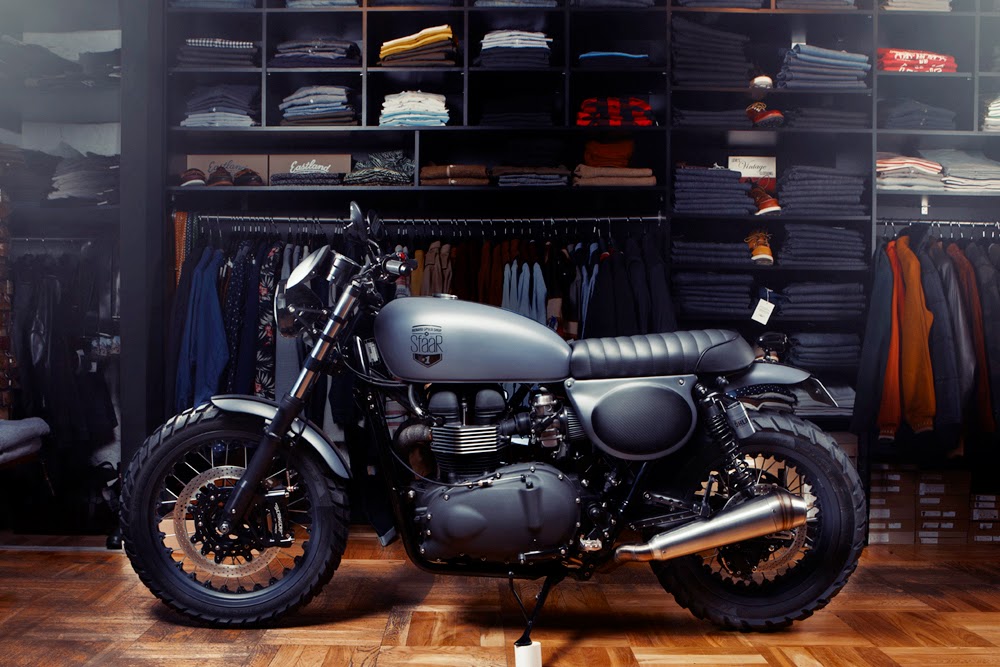