If you’re on the lookout for a donor bike for you next cafe racer build have you considered a tourer? In many cases, tourers are developed on very capable performance platforms. Usually, a tourer will feature a re-tuned engine to deliver power appropriately and a more robust frame and utilitarian bodywork added for heavy hauling. Tourers can also sometimes be sourced for a fraction of the price of the bikes they were based on. The only catch is finding a low mile example and accepting the extra work involved with converting them into a cafe racer.

The Triumph Sprint 900 ‘Executive’ is such a bike. The Sprint was developed using the DNA of the Triumph Trident, a bike that was praised by MCN. So similar were the 2 models that many of their parts were interchangeable and the difference in power was nominal. The Sprint’s 900cc triple-cylinder engine was by far its most redeeming feature. In a few other areas though it was in need of some improvement. 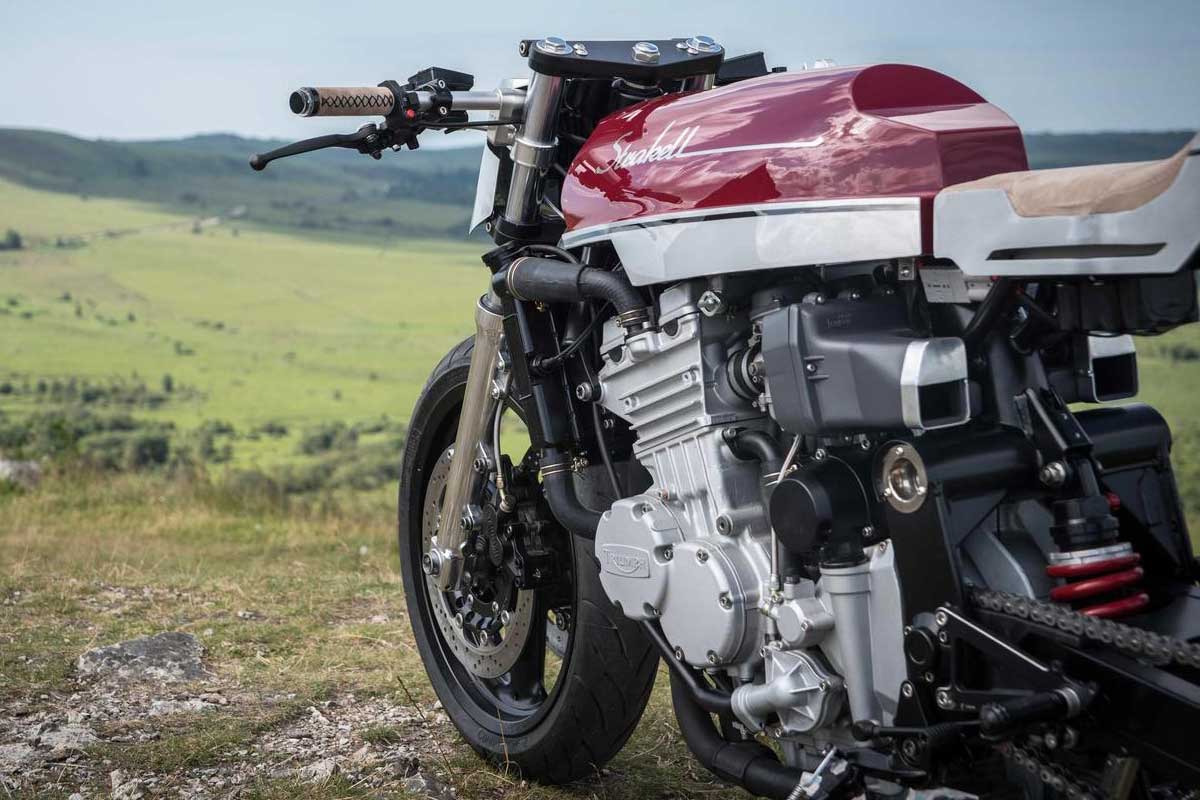 This eccentric Triumph Sprint cafe racer is the work of French workshop Strakell Motorcycles. The extensive “A to Z” rebuild focused on improving the Sprints downfalls and relying on its better points to guarantee an exceptional outcome.

“The bike had two big flaws,” says Strakell “the weight and the centre of gravity.” Their solution was to reduce the overall height of the Triumph and to shed those unwanted pounds. To tackle the first challenge, the height of the bike, UK suspension experts Shock Factory supplied a new rear shock. This dropped the Sprint’s tail and seat height by 3cm and stiffened up the bike’s notoriously doughy suspension. To level things out the forks were then trimmed 7cm. The result was a greatly reduce centre of gravity and a levelled out cafe racer stance. 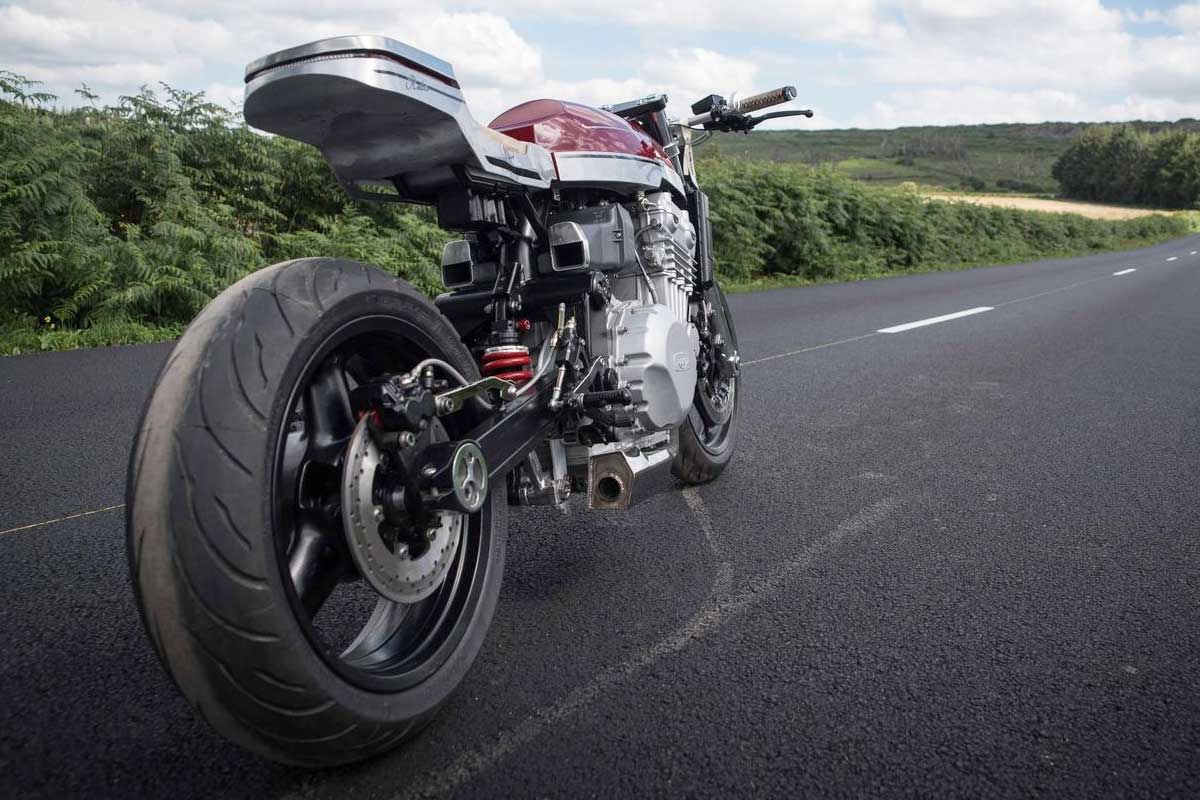 Weight savings came from the removal of all of the Triumph Sprint’s factory bodywork. In its place is an entirely bespoke solution shaped from lightweight aluminium. From the unconventional looking front cowl to the notched, angular tank and hard-edged tail everything was shaped by hand to create this neo-retro style ride. In keeping with the look of the bodywork, lighting has all been upgraded using modern LED alternatives. An LED headlight sits deep within the front cowl and a dual function brake/indicator LED strip has been integrated into the tail.

Low slung clip-on handlebars set up a standard cafe racer riding position. Mounted to the bars are aftermarket switchgear, Rizoma fluid reservoirs and bar-end indicators. They also wear custom made suede grips to match the bike’s custom upholstered saddle. Sitting between the bars is a custom top clamp and recessed into the alloy cowl is a single T&T aftermarket gauge. 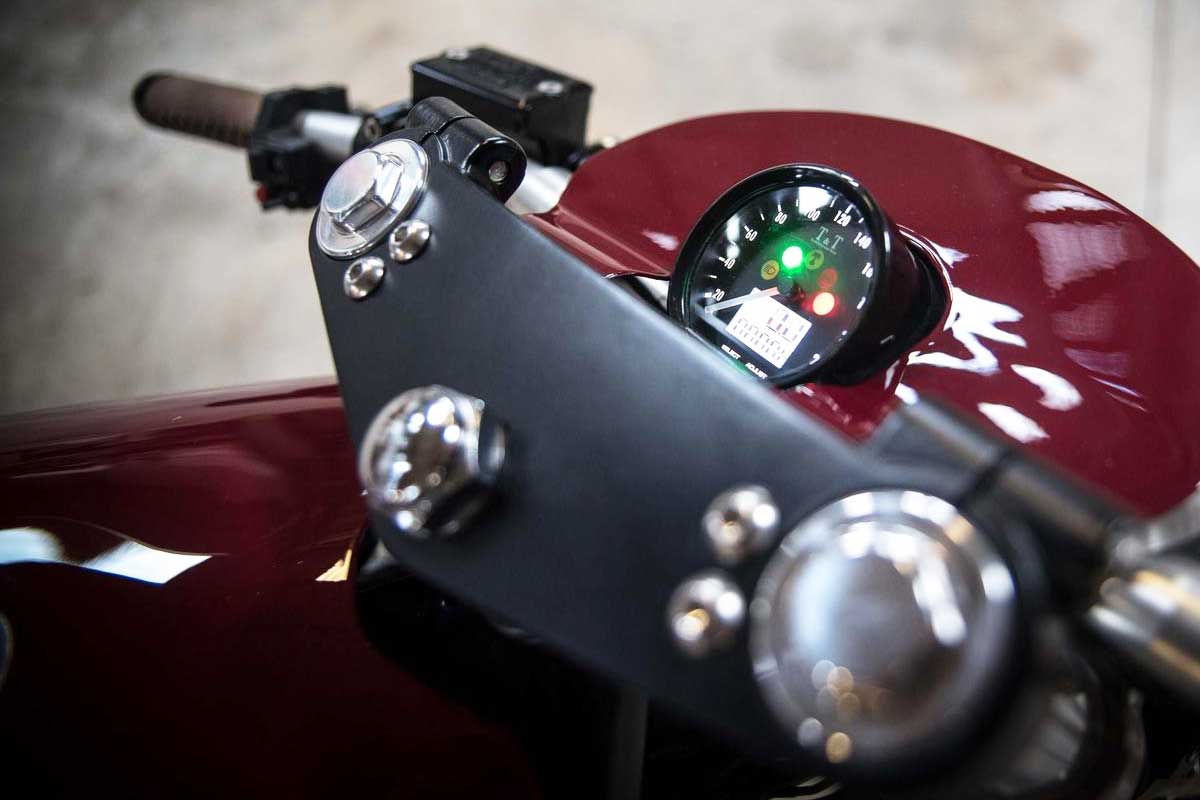 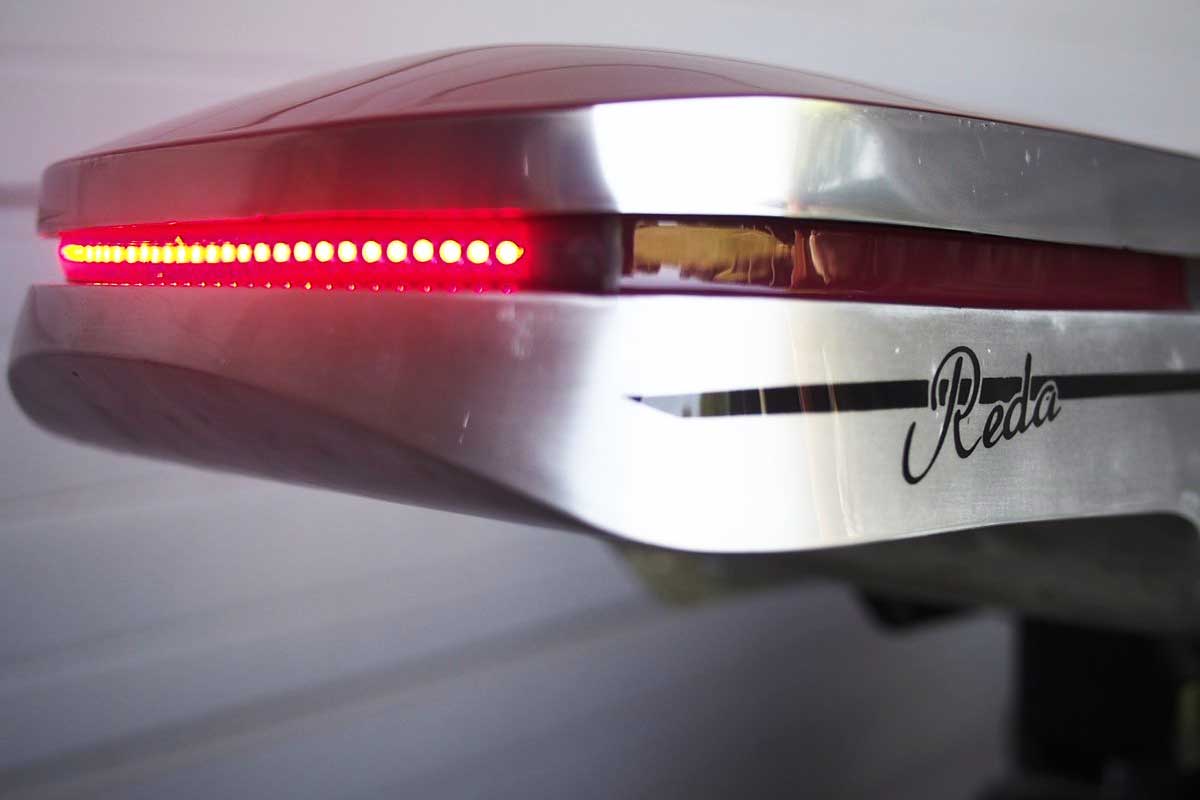 At 92bhp the Triumph Sprint’s 12v in-line triple produces a mere 8bhp less than it does in Trident trim. To bring their Sprint up to spec Strakell opened up the airbox and fashioned their own underslung stainless muffler from scratch. The finishing touch was a bold red paint scheme inspired by the bike’s original patina.

Strakell’s Triumph Sprint is an unusual cafe racer based on an unlikely donor. It’s bold, unabashed, polarising and, most importantly, begging to be ridden. 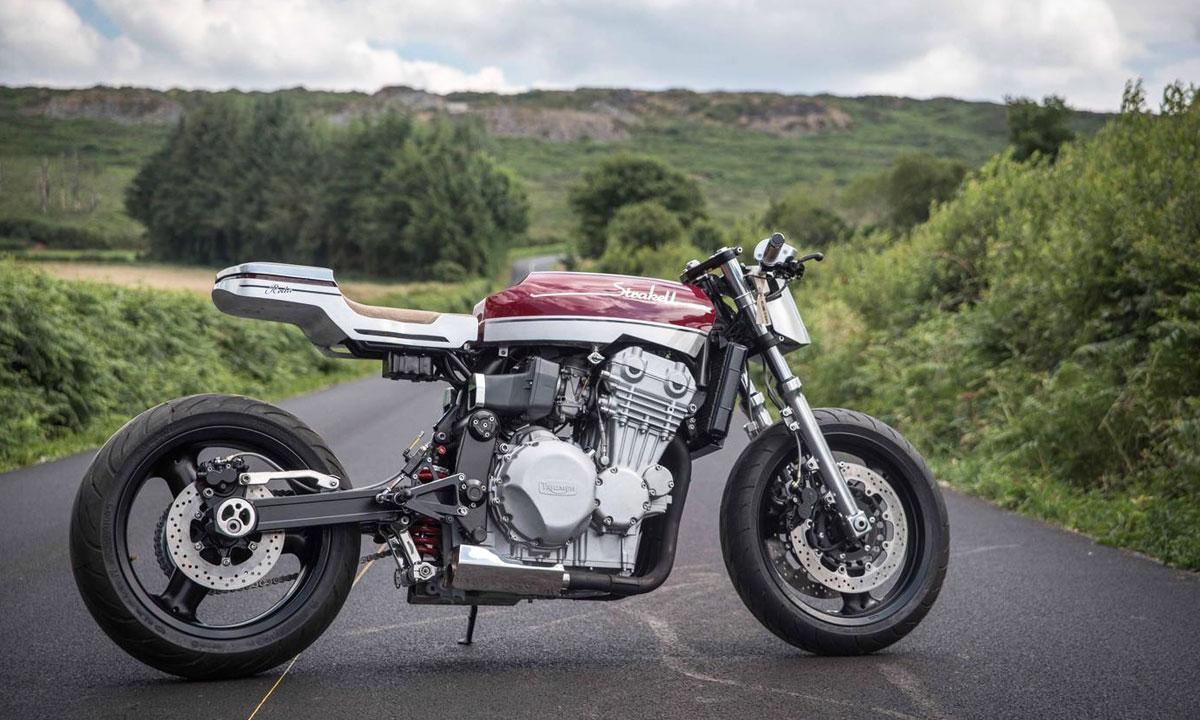